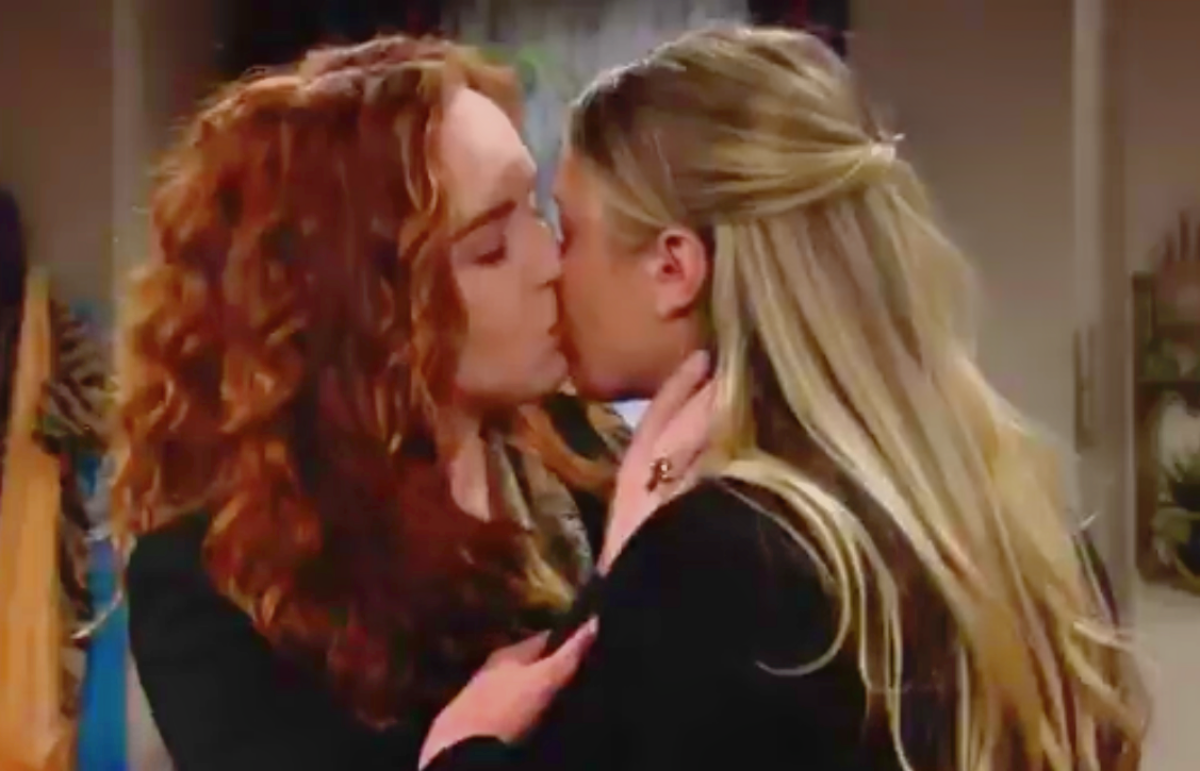 The Young and The Restless scriptwriters seem to have neglected to give Lindsay a last name, so we’ll just call her “Lindsay Bartender.” Lindsay and Mariah have become fast friends since Tessa has been on the road with Tanner Watts (Chase Coleman) and now since Mariah saw a shirtless Tanner in a facetime cyber chat with Tessa, after Tanner had answered her phone and told Mariah she was in the shower, Mariah jumped to all kinds of jealous conclusions talked over everything to Lindsay.

Tessa hadn’t wanted to confirm or deny that she was sleeping with Tanner when Mariah straight out asked her, but that was likely because Tessa was shocked that Mariah could even think that she’d cheat on her – especially with Tanner, just because they were ex-spouses! That was probably long before Tessa ever came out and explored her sexuality! Mariah gets upset and hangs up the video call on Tessa, and Tessa tries to call her back but she declines the call. Lindsay offers to come home with Mariah so she won’t be alone. This support and companionship is very alluring to Mariah, who is feeling all alone, so she and Lindsay go back to Mariah’s apartment.

Earlier, Mariah had been venting to both Lindsay and Lola Rosales Abbott (Sasha Calle) who is on the way to becoming Lola Rosales officially again, about her relationship and other woes. Lola hopes she and Tessa can work things out, and Mariah responds that Tessa hadn’t been returning her texts – after she accused her of sleeping with Tanner and then not answering when Tessa tried to call her back.

The women discuss and debate whether Tessa and Tanner may have reconciled since they were married at one time; Mariah gripes about their familiarity with each other, Tanner shirtless and answering Tessa’s phone and knowing when Tessa was in the shower.

Lindsay interjects that she knows Mariah hasn’t talked to Tessa about having lost her job, and Mariah explains that she didn’t want to bring her down or know that Mariah was a flop, which is how she feels even though Devon Hamilton (Bryton James) had told her it was a simple business decision because Power Communications was not making a profit and in fact, had been making a loss. At this point Mariah starts to cry and this is when Lindsay offers to go home with her.

The Young and the Restless Spoilers: Nick Tells Phyllis There’s No Future For Them https://t.co/1iCzhElkTZ pic.twitter.com/wBDE7CYNzL

When they get back to her apartment, Mariah worries to Lindsay about the possibility of being evicted because of no income, and completely breaks down. Lindsay hugs her to comfort her but then kisses her, and suddenly they wind up having sex. Just as they have finished, Tessa comes home and sees them on the couch together and asks what’s going on there!

The reason she hadn’t answered texts or tried to call Mariah back was because she had left the tour to come home and work things out with Mariah and encourage her that she loved her and wasn’t cheating on her with Tanner, and comes home to find out that Mariah’s accusations apparently came from Mariah’s own guilt over cheating on Tessa with Lindsay!