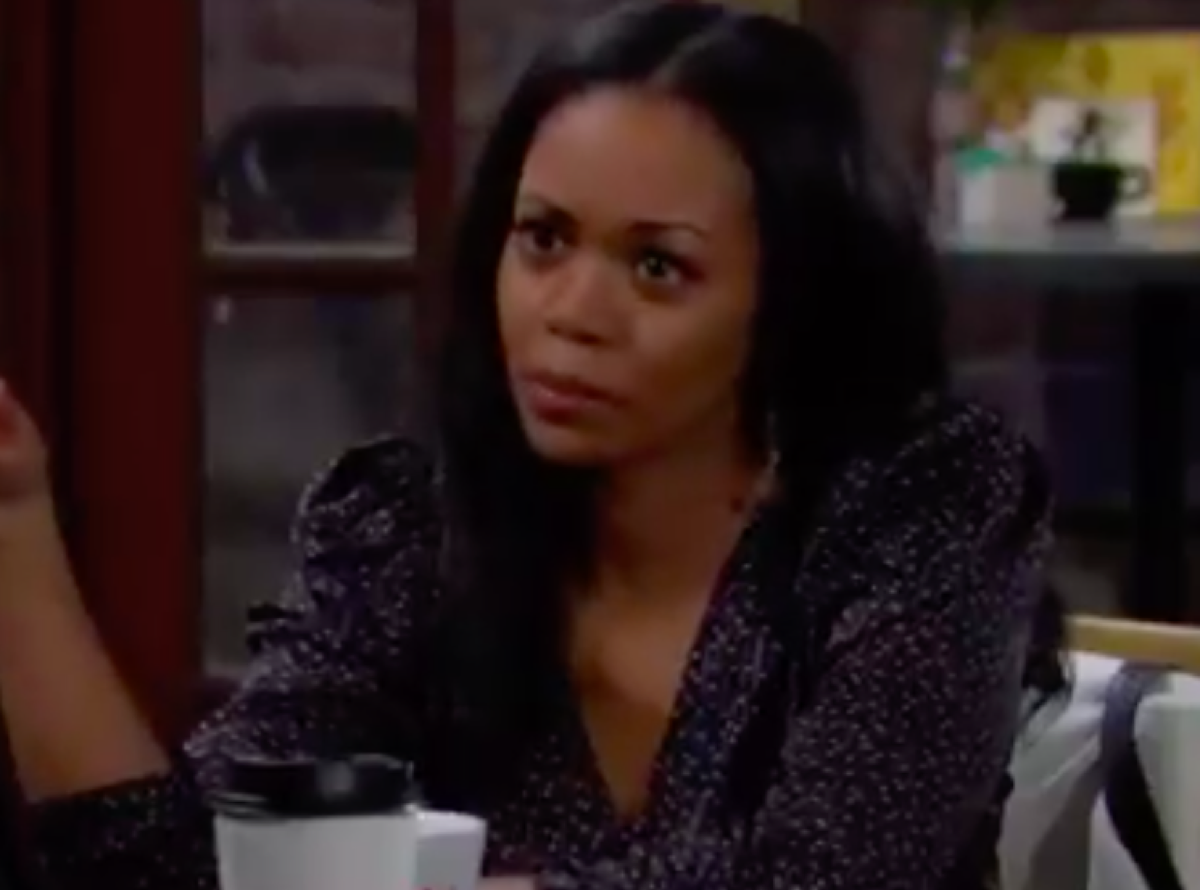 The Young and the Restless (Y&R) spoilers for Wednesday, March 4, tease that Abby Newman (Melissa Ordway) will come to see Chance Chancellor (Donny Boaz) in his room at the Grand Phoenix. They’ll canoodle and will be undressing when she gets called away to a hotel emergency. She’ll head downstairs to handle the situation and she’ll be overwhelmed with problems. Chance will surmise that Phyllis Summers (Michelle Stafford) is stuck somewhere in the storm.

Abby will leave Phyllis a message, and Chance will later come back with sandwiches. They’ll return to his hotel room, and Abby will thank him for being there for her. She’ll decide to show him how grateful she is toward him while pushing him onto the bed.

‘The Young and the Restless’ Poll: Will Billy and Amanda Become A Romantic Couple?

Meanwhile, Billy Abbott (Jason Thompson) will appear at Amanda Sinclair’s (Mishael Morgan) hotel room door. She’ll want him to leave her alone, but he’ll insist on checking on her. She’ll call him out for using her as an escape, and she’ll say that she was his enabler. She’ll still feel horrible about how Victoria Newman (Amelia Heinle) nearly died.

Next on Y&R, at Jabot, Ashley Abbott (Eileen Davidson) and Jack Abbott (Peter Bergman) will discuss Dina Mergeron’s (Marla Adams) condition. They’ll know that this day was coming for her, but it won’t make it any easier. They’ll decide to go see her later when the roads are safe.

When Ashley is away for a few moments, Jack will “see” Dina sitting in his chair. She’ll tell him that she knows that he misses who she used to be, but that he’s gone on without her before. Jack will tell her that he’s afraid about her dying, and she’ll say that she’ll know that he’s by her side.

Later, Ashley will have a similar experience, where Dina tells her that despite who her father is, she’s an Abbott. She’ll tell Ashley to lean on her brother and sister. Afterwards, Ashley and Jack will talk some more, and Ashley will express how much she misses her family.

Next on Y&R, at the Chancellor mansion, Michael Baldwin (Christian LeBlanc) and Lauren Baldwin (Tracey E. Bregman) will prepare to leave the house in the storm after having dinner with Kevin Fisher (Greg Rikaart) and Chloe Mitchell (Elizabeth Hendrickson). Lauren and Michael will try to leave, but they will return right after Chloe has a pain. Chloe will announce that she’s just had a contraction.

The Young and the Restless Star Mishael Morgan and General Hospital Alum Bree Williamson Star in a new Lifetime thriller called “A Killer in My Home.” https://t.co/o1uEbDOcxX

Next on Y&R, at Society, Lola Rosales (Sasha Calle) will talk with Theo Vanderway (Tyler Johnson) who waited for her due to the storm outside. They’ll flirt a bit, and she’ll joke that he was probably hoping she’d invite him over to ride out the storm at her place. They’ll be about to kiss when Summer Newman (Hunter King) and Kyle Abbott (Michael Mealor) show up after having had car trouble.

Kyle and Theo will snark at each other, and Kyle will try to restart his car, to no avail. Lola will suggest food for everyone, and she’ll head to the kitchen, followed by Theo. She’ll be peeved about Kyle and Summer being there. Soon, Lola will push him up against the freezer for a big kiss, in order to relieve tension. Finally, on Wednesday’s new episode of Y&R, Theo will go back out to Summer and Kyle and announce that it looks like they’ll be here for a while.