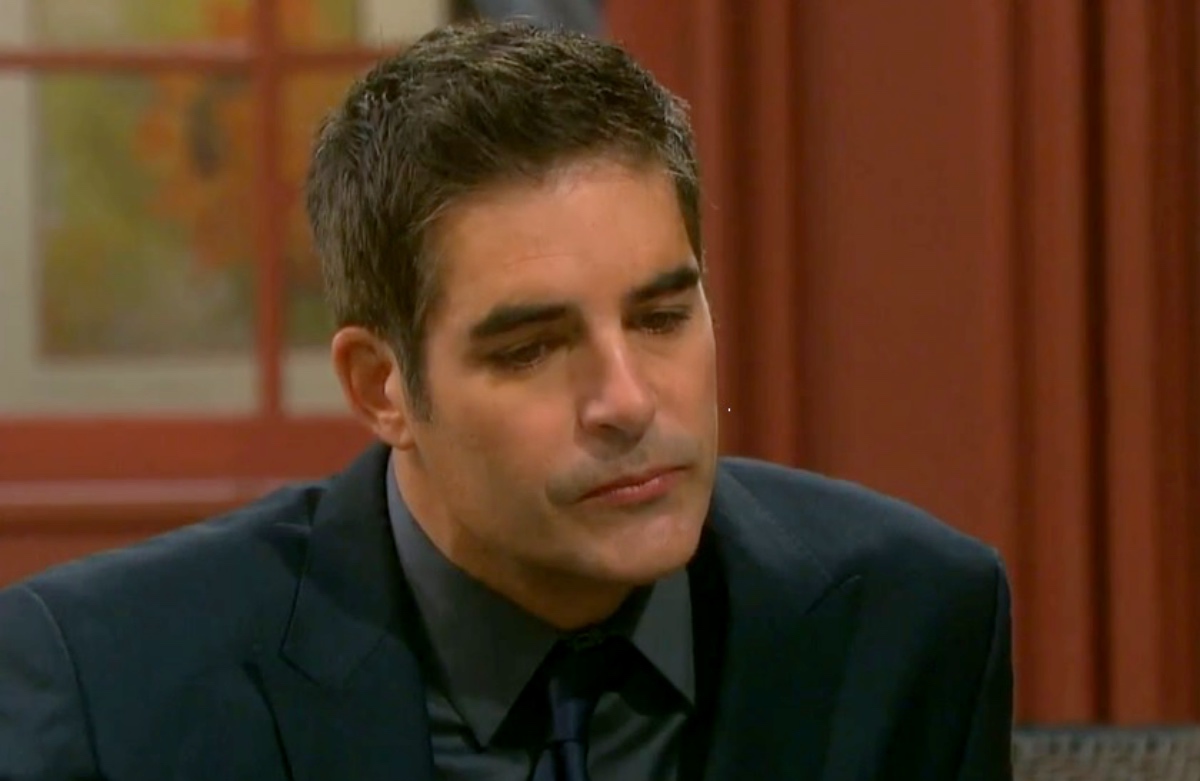 Days of Our Lives spoilers tease that Salem Police Commissioner Rafe Hernandez (Galen Gering) will appeal to Evan Frears AKA Christian Maddox (Brock Kelly) to find David Ridgeway (Caleb and Kyler Ends) in an upcoming episode of Days of Our Lives!

Days of Our Lives viewers will recall that Evan, AKA Christian, took baby David elsewhere before going to the Kiriakis mansion to talk to Sonny Kiriakis (Freddie Smith).

He had a head start when Rafe discovered the baby missing while Ciara Brady (Victoria Konefal) was still at his house telling him what his FBI contact told her about David’s birth father being named Christian Maddox and that it was his DNA that was at the crime scene where Jordan Ridgeway (Chrishell Stause) had been killed in the gatehouse on the DiMera property where Ben Weston (Robert Scott Wilson) and Ciara had once lived.

Sonny had called “Evan” to come to the Kiriakis mansion so that he could break up with him in person, after Will Horton (Chandler Massey) had come home upon being released from Statesville Prison. Friday’s episode had ended with a deranged Evan holding a gun on Sonny, and Ciara and Will returned to warn Sonny about Evan and wound up saving him from Evan, with Ciara taking Evan back to Statesville Prison at gunpoint.

Since Evan is now in Salem Police Department custody and David is nowhere to be found, Rafe appeals to Evan for information as to his whereabouts and strongly recommends that he comply and cooperate with the intel! Surely Evan wouldn’t have killed his own son after being such a good nanny to him! Rafe demands the location of David and who is taking care of him.

Days of Our Lives Spoilers: Ben’s Final Moments Marlena Urges Him To Hang On https://t.co/BXxDbuMtl6 pic.twitter.com/yu4ZfnKwgz

But Evan will refuse. Much like Gabi Hernandez DiMera (Camila Banus) with her using baby Mickey Horton (Josephine and Rosalind May) and her dire need for her bone marrow to bargain for her freedom, Evan may do something similar and tell Rafe he will take him to or tell him David’s location only if he gets his criminal charges dropped and regains his freedom! Rafe is not going to give in to those kind of demands unless Evan leads him to the baby with Evan in handcuffs and Rafe with backup to make sure Evan doesn’t pull any monkey business! However, Evan may appeal to his own lawyer – probably a public defender – with the same proposal.

It does not seem likely that District Attorney James Giddens (Terrell Tilford) will fall for Evan’s pitch any more than he did for Gabi’s at first, but down-the-road Days of Our Lives spoilers say that Evan will score some kind of a legal victory, much to Rafe’s dismay! But whether this is a freedom deal in exchange for finding David remains to be seen!