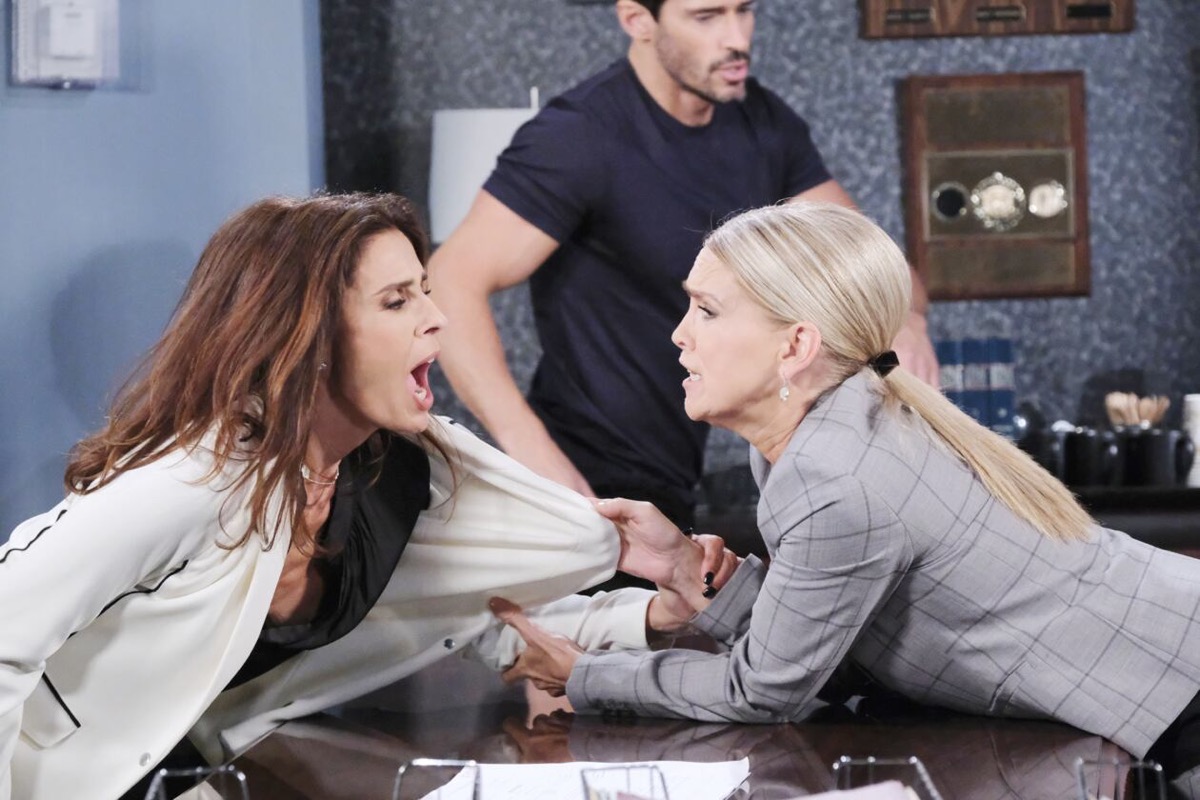 Days of Our Lives (DOOL) spoilers for Thursday, March 5, tease that Chad DiMera (Billy Flynn) will exhibit some strange behavior. Thanks to Stefano DiMera aka Steve Johnson’s (Stephen Nichols) creepy plan, Chad will fall under his father’s spell. Darkness will set in and turn Chad into a deadly DiMera soldier, so that’ll set up some troubling actions in the week ahead.

In the meantime, Days of Our Lives spoilers say Roman Brady (Josh Taylor) will blast Kate Roberts (Lauren Koslow). DOOL viewers know Kate was in on Stefano’s plot with Princess Gina Von Amberg aka Hope Brady (Kristian Alfonso). Roman won’t get how Kate could just let these criminals steal bodies and minds. She also let them bring danger to plenty of Salemites, so Roman will definitely be riled.

Other Days of Our Lives spoilers say Princess Gina will put up a fight. When Jennifer Deveraux (Melissa Reeves) shows up ready for a fierce faceoff, Princess Gina won’t be interested. It turns out Shawn Brady (Brandon Beemer) will force Princess Gina into it. He’ll think Jennifer deserves her shot at ripping into Princess Gina for all the damage she caused.

Days fans know Princess Gina pushed Jennifer off the bistro balcony and nearly murdered her. Jennifer was stuck in a coma for a year as a result, so she’s been through way too much thanks to this woman. Hope obviously isn’t responsible since she has no idea what’s going on, but Jennifer might as well let Princess Gina have it. She stole Hope’s life, so that’ll be another reason to blow up at her.

Days Of Our Lives Spoilers: Justin Kiriakis And Marlena Evans Will Take A Big Risky Meeting With Stefano

Jennifer will snatch up Princess Gina’s jacket as she shouts in Thursday’s episode. Days of Our Lives spoilers say some explosive scenes are brewing, so don’t miss what’s in store. Over with Justin Kiriakis (Wally Kurth) and Marlena Evans (Deidre Hall), they’ll take a big risk by meeting with Stefano. They’ll take an even bigger risk by trying to trick him.

Days of Our Lives spoilers say Justin and Marlena will want Stefano to believe he’s getting his “Queen of the Night.” The fake hostage trade will be all set, but things are about to take a shocking turn. John Black (Drake Hogestyn) will be knocked out within the next episode or two – and Marlena will ultimately be kidnapped! The whole gang’s about to learn that Stefano can’t be outsmarted for long.

It looks like some hot drama’s ahead on the NBC soap. We’ll give you updates as other Days news comes in. Stay tuned to DOOL and don’t forget to check back often for the latest Days of Our Lives spoilers, updates and news.