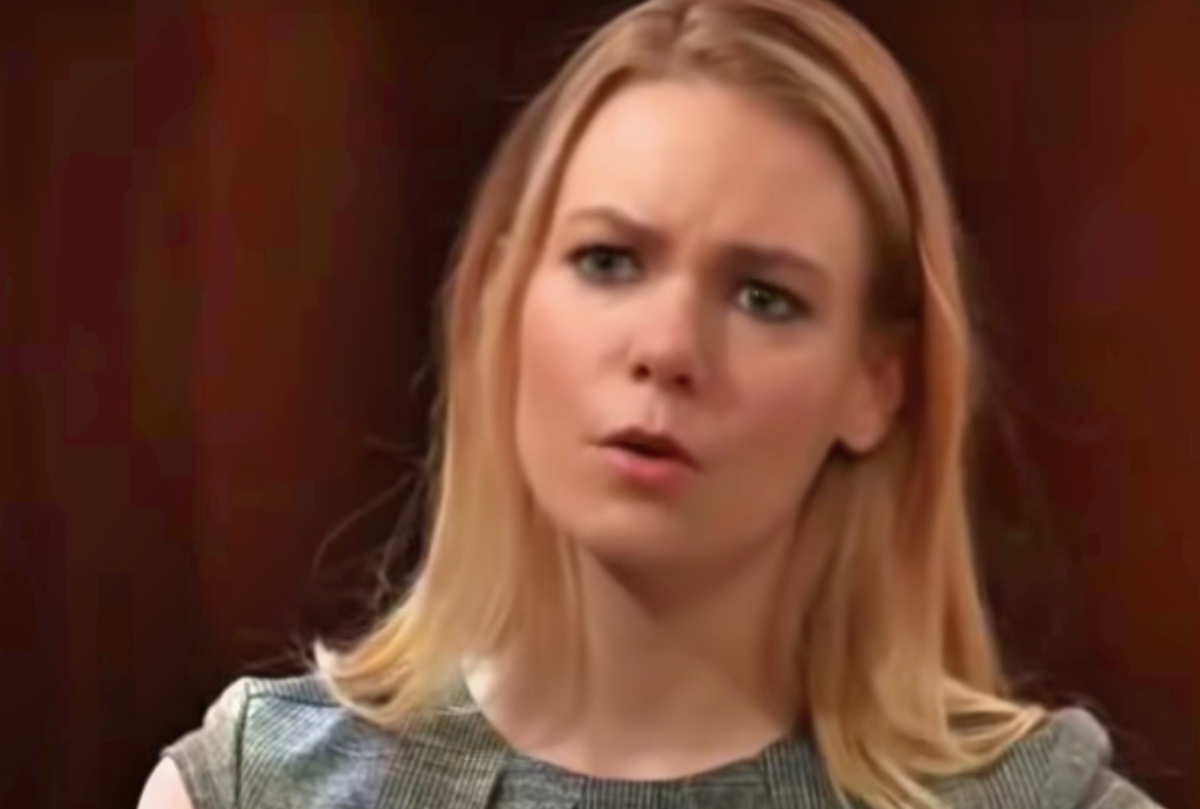 General Hospital’s Carly Corinthos (Laura Wright) confronts Nelle Benson (Chloe Lanier) in the courtroom. Zara Amir (Maysoon Zayid) is back at Nelle’s lawyer. Nelle’s attorney asks Carly to stop antagonizing her. Carly tells Nelle she should be honest, maybe the judge will have mercy. If nothing else it will show that she is sorry. Nelle’s trial begins, the state asks for no bail. Nelle’s attorney moves to dismiss all charges.

Nelle’s lawyer gets the assault charge dismissed. The fake passports have turned up missing. The motion to dismiss is granted. Robert Scorpio (Tristan Rogers) says they can’t nail Nelle without a hammer and they don’t have one. Zara tells Nelle the charges can be refiled at any time. Nelle isn’t leaving anytime soon. Nelle plans to make the most of this good fortune.

General Hospital’s Willow Tait (Katelyn MacMullen) tries to help a little boy in the park and becomes upset. Harrison Chase (Josh Swickard) arrives and comforts her. Willow tells Chase that Michael Corinthos (Chad Duell) wants her to stay in his son’s life. Willow wants to try. Chase doesn’t think Michael is thinking about what is best for Willow.

General Hospital Spoilers: Willow Struggles To Accept The Loss Of Her Son

Chase goes looking for Michael. Michael and Willow arrive at the courthouse for Nelle’s hearing. Willow and Michael discuss what happened with Carly. Carly believes Robert is going to prove this. Nelle gives Michael her notice that she’s filing for sole custody of Wiley.

General Hospital’s Curtis Ashford (Donnell Turner) doesn’t feel like he made the right call when it comes to Marcus Taggert (Real Andrews). Sonny Corinthos (Maurice Benard), Jason Morgan (Steve Burton) and Curtis are on the pier. Sonny and Jason try to get answers from Curtis who refuses to give them.

Curtis tells Jordan she cannot do this because Cyrus will be released. Jordan doesn’t know what else to do to stop Cyrus. Curtis has an idea but Jordan isn’t going to like it. Curtis and Jordan meet with Sonny and Jason. Curtis says they need to come together to take down Cyrus.

General Hospital’s Valentin Cassadine (James Patrick Stuart) is at the Metrocourt watching Brook Lynn Quartermaine (Amanda Setton) and Linc Brown (Dan Buran). Linc wants Brook’s ELQ shares. Brook thinks Linc wants more. Olivia interrupts Linc and Brook’s conversation. Olivia offers to have Sonny take care of Linc. Brook asks what if it’s not about sex. Olivia thinks the price for her independence is eating a little crow. Olivia asks what Linc really wants. Olivia asks if Brook can live with what she has to do to get there.

General Hospital’s Michael talks to Sasha Gilmore (Sofia Mattsson) about the leave of absence. Michael says he asked Willow to be a part of Wiley Cooper Jones (Theo and Erik Olson) life. Chase arrives to speak to Michael and tells Sasha that Michael is being unfair.

General Hospital’s Mac Scorpio (John J. York) meets with Jordan Ashford (Briana Nicole Henry). Mac does Jordan that Curtis is his lead on Taggert’s killer. Jordan plans to confess and to resign. Mac speaks to Sonny and Jason on the pier. Mac wonders if Taggert might have said something to give Trina Robinson (Sydney McKayla) peace. Mac thanks Jason for the information and has a message for Sonny. Mac warns Sonny that they can expect a visit from the Health Department. Mac tells Sonny this is different. Sonny tells Mac that Laura Collins (Genie Frances) took a bullet for his son. Cyrus Renault (Jeff Kober) almost killed his wife. Sonny tells Mac this is different.