General Hospital Spoilers: Willow Struggles To Accept The Loss Of Her Son 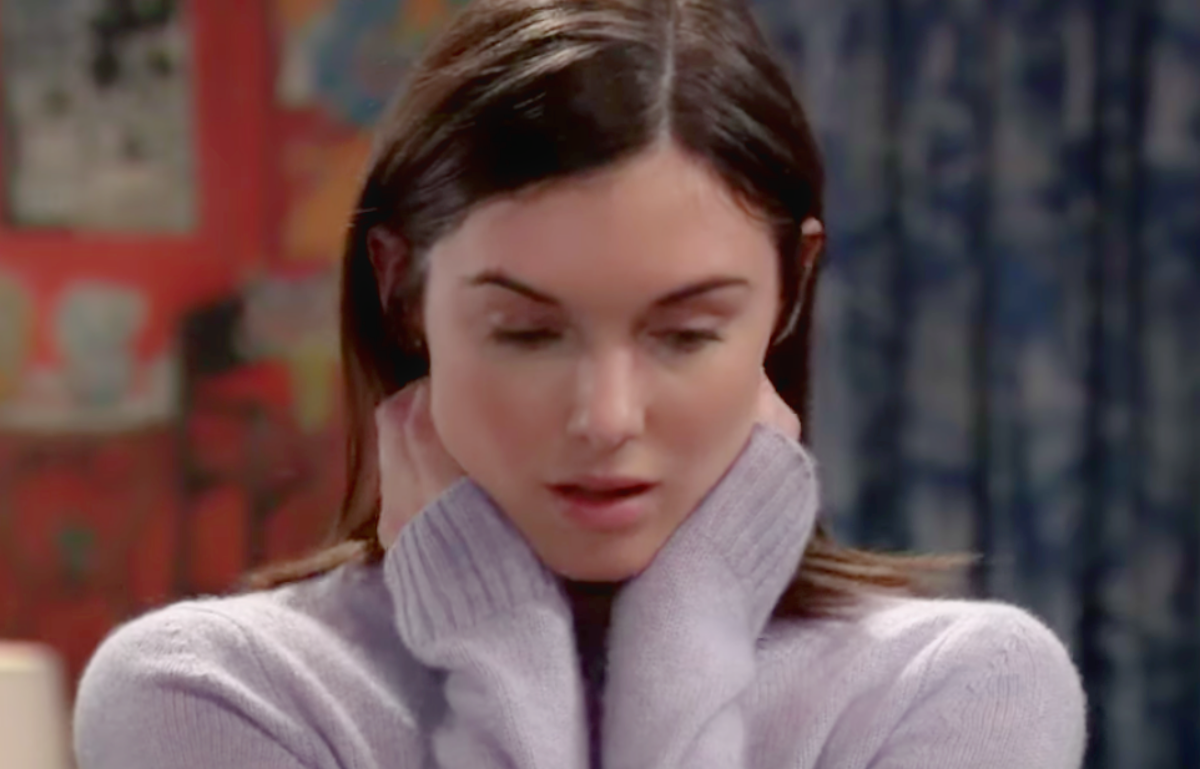 Willow is finding it hard to accept that the baby she believed was hers is not her biological child.

Willow Tait (Katelyn MacMullen) is having trouble accepting the fact that the baby she believed was hers is, in fact, Michael Corinthos’ (Chad Lewis Duell) child. The General Hospital episode on Friday saw Willow visiting the Quartermaine mansion to confront Michael. This is the first time she has seen him since the truth was revealed.

Friday’s episode of General Hospital saw Willow visiting Michael at the Quartermaine mansion. This is the first time both parties have confronted each other since the truth about the baby came out.

Willow is devastated about the reveal relating to what she thought was her biological son, while Michael is struggling to comprehend the truth and learn how to care for his son. This disastrous mess was caused by Nelle (Chloe Lanier) and Brad (Parry Shen), leaving Willow to try and accept the sad truth, which will be difficult for her this coming week on General Hospital.

She Knows Soaps is teasing that by midweek, Willow will still be having a difficult time accepting the reality of her situation. Chase (Josh Swickard) had broken the news to Willow that Wiley was not her child. She believed she had given up her biological child to Brad and Lucas (Ryan Carnes) for adoption.

The news that Willow’s baby had actually died devastated her, leading to her breaking down at the hospital. She now has to face the fact that Wiley was not her son and try to carry on.

In what seems to be a heartwarming move on Friday, Michael made an offer to Willow, telling her he wants her to be a mother figure to his son and continue to be involved in Wiley’s life. While this may sound kind, General Hospital fans believe this was an inconsiderate move on Michael’s behalf. While Willow has so far not given Michael an answer, previews for Monday’s episode show Sasha also having a chat with Willow.

General Hospital Spoilers: Cam Asks Josslyn Out – But Does He Still Have Feelings For Trina? https://t.co/NWRJjilUm0 pic.twitter.com/EAHsavhp9K

Sasha and Willow had become good friends before the whole baby swap thing happened. In the preview she is heard to tell Willow that Wiley wasn’t the only one who needs her in their life right now. Spoilers tease that Sasha is speaking about Michael, as he had reportedly hinted that he could use Willow’s help with his son.

While this might seem too much for Willow to handle at this stage, spoilers say she could be struggling even more in upcoming episodes. It is being hinted that seeing Wiley for the first time after hearing the truth could send Willow over the edge, as she struggles to accept the truth that the boy is not hers. Last week, Willow had opened up to Chase, saying she still loves Wiley, just as much as she did before, even though she now knows he isn’t her biological child.