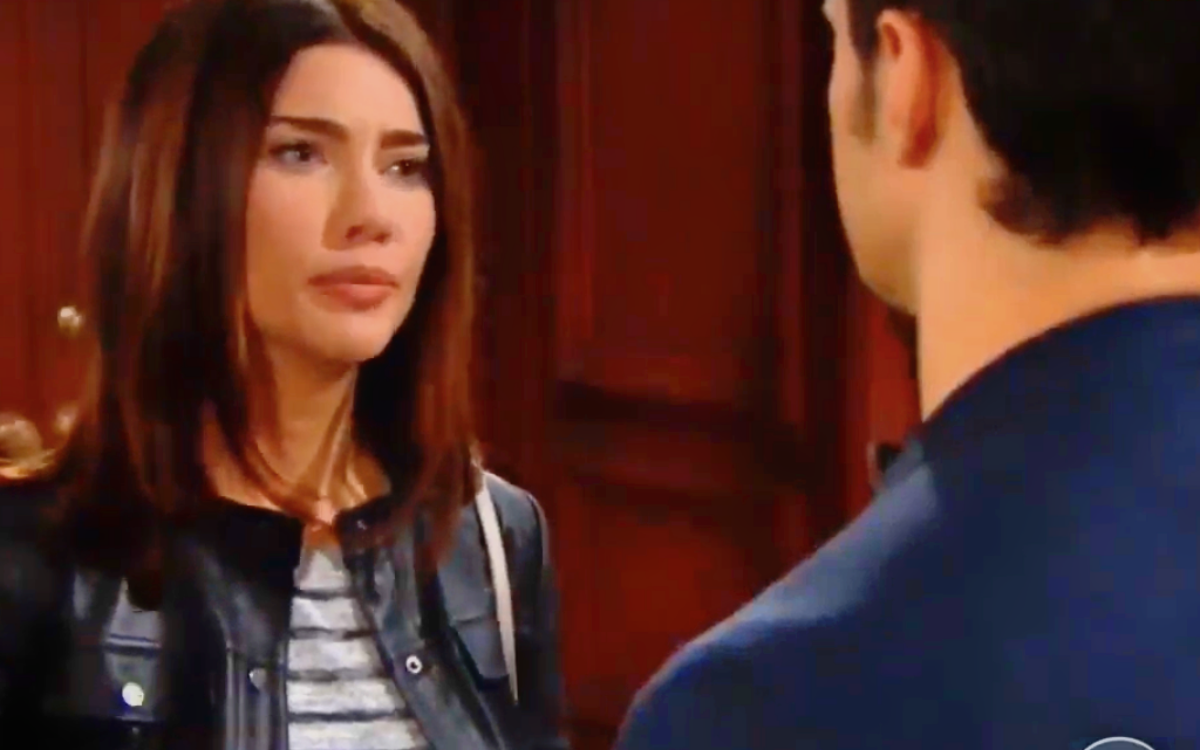 The Bold and the Beautiful spoilers for Thursday, March 5, tease that Steffy Forrester (Jacqueline MacInnes Wood) will blast her brother Thomas Forrester (Matthew Atkinson). As B&B viewers know, she’s just accused Thomas of designing the wedding dress that he supposedly made to be the Hope For The Future showstopper with an ulterior motive in mind. She called him out on wanting that to be Hope Logan’s (Annika Noelle) dress when she marries him.

Steffy has also realized that when Thomas manipulated the situation so that she’d kiss Liam Spencer (Scott Clifton) on the cliff, that this was all about him trying to pry Hope away from Liam, and not about him wanting her to have a future with Liam. Of course, this all occurred after Steffy heard that Thomas wanted to marry Zoe Buckingham (Kiara Barnes) right away. She saw it for exactly what it is – a ploy to upset Douglas Forrester (Henry Joseph Samiri) and to get hope to agree to marry him instead.

On Thursday’s episode of the Bold and the Beautiful, it looks like Steffy and Thomas will have a heated exchange, with Steffy refusing to back down and Thomas refusing to admit how he’s really trying to manipulate everyone. Thomas will likely argue that he’s just trying to go on with his life and that he wants to be with Zoe. But it doesn’t look like Steffy is going to accept his version of events any longer. She’ll feel like she knows better now.

Ongoing B&B spoilers say that Thomas’ web of deceit will start to unravel unbeknownst to him, and it appears that Steffy will probably have a lot to do with that. The Bold and the Beautiful spoilers say that Steffy will eventually go to Liam and tell him about Thomas’ role in bringing about their kiss on the cliff. It remains to be seen what will happen from here, but it looks like Steffy and Liam might devise a plan to expose Thomas from there.

Meanwhile, on Thursday’s new episode of B&B, Carter Walton (Lawrence Saint-Victor) will do his best to talk some sense into Zoe. As B&B viewers know, these two are currently talking in the Forrester design office, and Zoe has just told Carter that Thomas wants a super fast wedding. Carter had a big reaction to that, and it clearly didn’t sit well with him. He can tell that there’s something fishy here, and it looks like he’ll approach the subject with Zoe.

The Bold and the Beautiful Spoilers: Carter Tries To Reason With Zoe – Says Thomas Is No Good https://t.co/tkH562iBB7 pic.twitter.com/nafWhkvj0r

As B&B viewers know, Carter is attracted to Zoe, and he seems to really care about her. He doesn’t want to see her get used by Thomas as part of some scheme. Carter knows all about Thomas’ troubled history and about his very recent obsession with Hope that led to all sorts of disasters. According to B&B spoilers, Carter will try to show Zoe that there’s more to life than Thomas, so perhaps he’ll put some moves on her.

Will Carter Walton Be Able To Get Through To Zoe Buckingham?

At any rate, whatever Carter has in mind, he’d better work quickly, since in a matter of days, Zoe will be walking down the aisle with Thomas. He’ll apparently do what he can to persuade her that there are other better options out there for her…like him! But right now, Zoe has stars in her eyes and it totally taken in with the idea of being a Forrester. Let’s hope Carter can get through to her!