The Young and the Restless Spoilers: Nikki Worries About Victoria’s Recovery 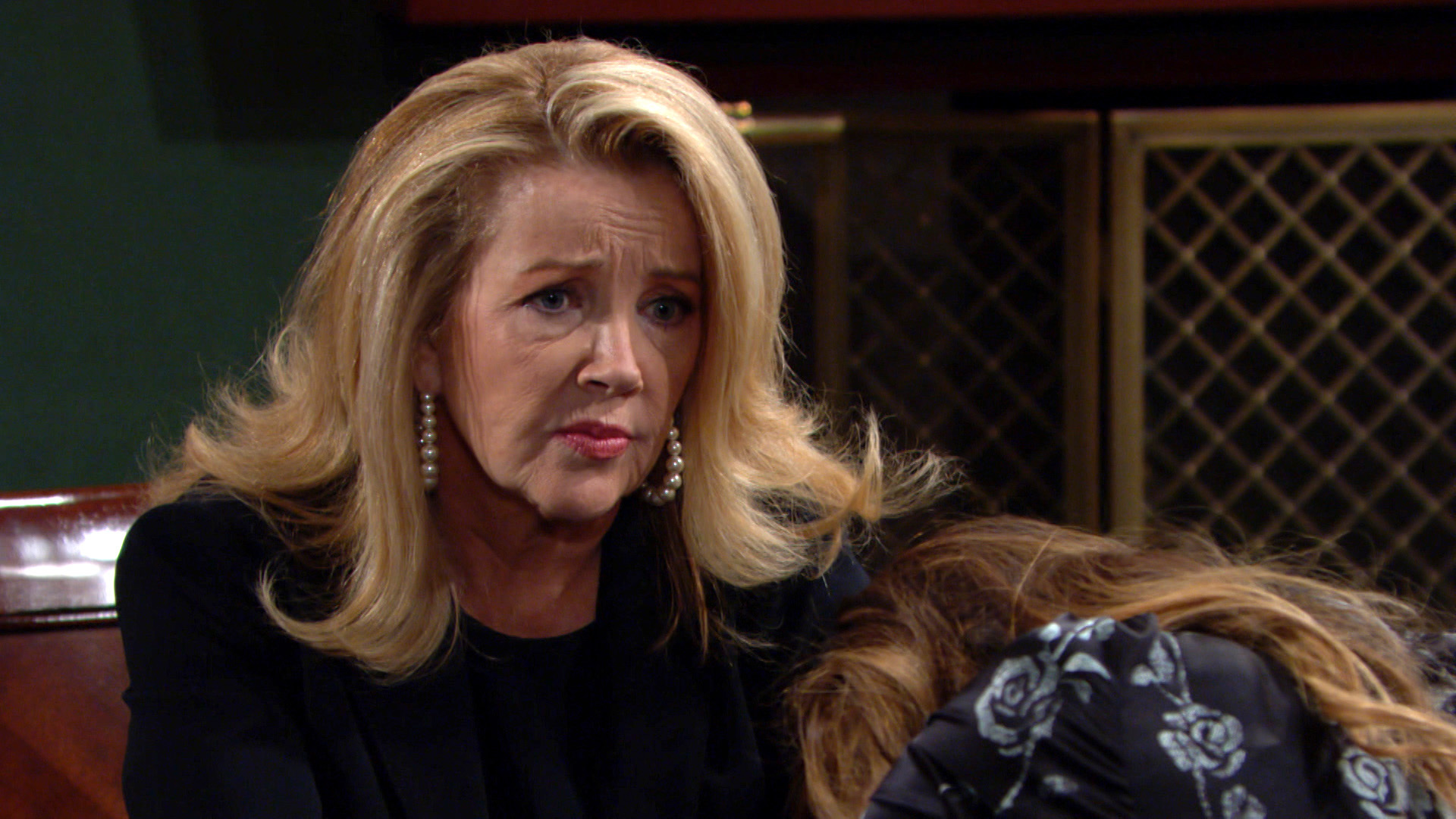 Y&R Spoilers: Victoria Newman Is Awake But Had A Lot Of Questions

As viewers of The Young and The Restless will recall, Victoria woke up from her medically induced coma, but with a lot of questions. She had been upset that Billy Abbott (Jason Thompson) had been the one that was there when she woke up and told him to get away from her – and Nikki walked in on it with flowers for Victoria. Victor Newman (Eric Braeden) and Nick Newman (Joshua Morrow) came in shortly after and when Nikki and Nick leave Victoria asked her father what happened, wanting to know who would hurt her like this! Victor tells Nikki and Nick, who are in the waiting room, that she wants answers but he didn’t tell her anything since the psychopath, as he described him, was still on the loose at the time – he just assured her police were looking for the suspect and that she was safe.

Nate Hastings (Sean Dominic) came out and told them that while physically, Victoria is recovered enough to come home that night, emotionally, it may take much longer to recover. He also said it could take quite some time for her to return to completely normal physically; but it is the emotional trauma that Nikki will worry about Victoria’s recovery from.

The Young and the Restless Spoilers: Victoria Newman Was The Victim Of An Abusive Relationship Before

Longtime viewers of The Young and The Restless will recall that Victoria was the victim of an abusive relationship before – with J.T. Hellstrom (Thad Luckinbill), the father of her oldest son Reed Hellstrom (Tristan Lake Leabu). They had been married and divorced and then moved in together but didn’t remarry since Victoria had to be sure he wouldn’t be unfaithful to her again. He started becoming increasingly abusive towards Victoria emotionally. But it took a turn for the much worse when during an argument he violently grabbed Victoria by the neck and slammed her against the wall. It turned out Victor had been spying on them and he saw what J. T. did to Victoria and found out J. T. was spying on him. A fight ensued causing J. T. to push Victor down the stairs leaving him unconscious. J. T. left and Victor’s condition was blamed on Jack Abbott (Peter Bergman).

Then J. T. tried to kill Victor at the hospital by turning off his ventilator, but medical staff showed up just in time. Then he, Victoria and the kids went on a Hawaiian vacation, where he tried convincing Victoria to never go back to Genoa City but refused. Things took a turn again when Victoria discovered he was spying on Newman Enterprises. Victoria broke up with him, leaving him angry. The next night he went to Victoria’s door promising her he’d change but she decided against taking him back. When she tells Nikki, Sharon Newman (Sharon Case), and Phyllis Summers (Michelle Stafford) about the abuse she endured, J. T. sat at Crimson Lights visibly frustrated Victoria wasn’t responding to him. J. T. later snuck into the house from the upstairs bathroom where Victoria was, appearing behind her and startling her, he pled with her to take him back, promising her he’d get the help she thought he needed. She refused to take him back and he became angry and started verbally assaulting her while packing his things. He admits to putting Victor in the hospital but says it’s justified. She tried to call the police but he stopped her and slapped her.

Hearing the commotion Nikki, Sharon, and Phyllis make their way upstairs to find J. T. was physically assaulting Victoria and yelling at her, and Nikki bashes him in the head with a fire poker; J.T. is presumed dead. However, in March 2019, J. T. was revealed to be alive and watching the Newman women at the Abbott cabin.

Nikki is very worried that this current situation will bring up Victoria’s fears from her past with J.T. and possibly bring up a case of PTSD for her. Even her current situation with Billy resembles her past one with J.T., although Billy has never been abusive towards her – just irresponsible and with addiction problems. J.T. had snuck up on her when he grabbed her and started choking her just like Ripley Turner (Christian Keyes) did when he stabbed her. Nikki will continue to worry about Victoria’s emotional trauma and what it may do to her as she recovers physically.