The Young and the Restless Spoilers: Thursday, March 5 – Billy Offers Amanda A Fresh Start – Chloe’s Not In Labor – Sharon Needs Medical Help During The Storm 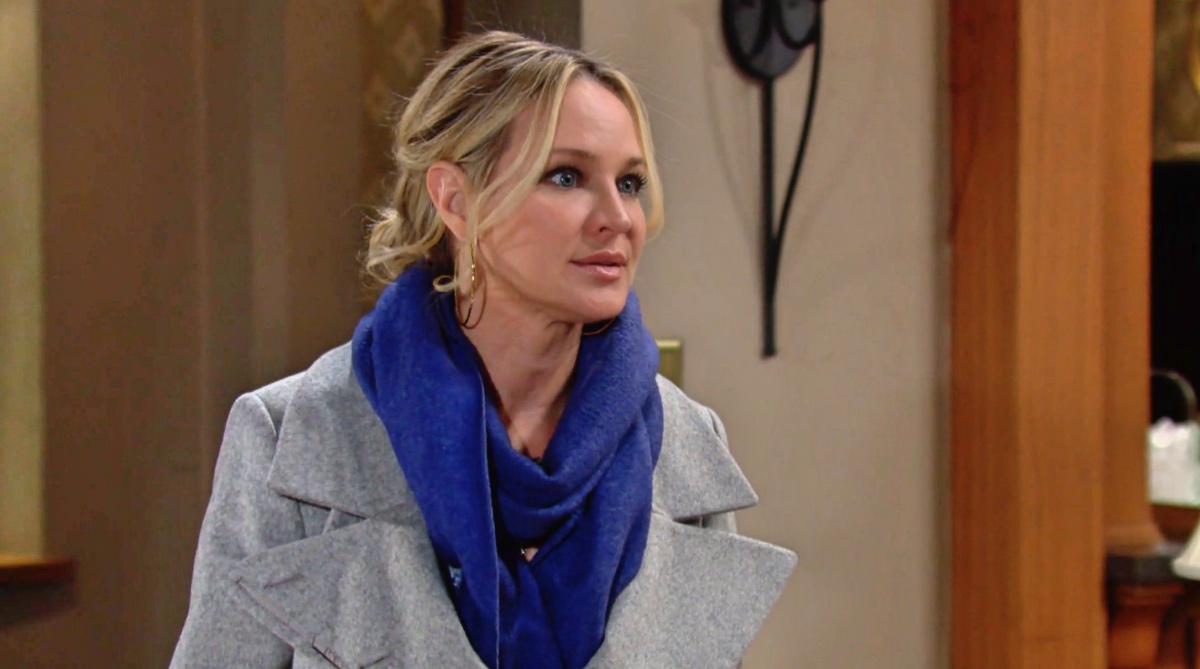 The Young and the Restless (Y&R) spoilers for Thursday, March 5, tease that Billy Abbott (Jason Thompson) and Amanda Sinclair (Mishael Morgan) will continue their talk in her hotel room at the Grand Phoenix. As Y&R viewers will remember, Billy has just told Amanda that he wanted her to be his answer. Billy will say that she makes him happy, but she’ll note that she can’t be his answer for everything. She won’t know how he can think about them having a future with everything that’s going on.

Billy will go to get some food from the vending machine, and soon talk will turn back to Ripley Turner (Christian Keyes) and his desire to kill Amanda. She’ll admit to hating Ripley and apologize for taking out her feelings on Billy. Ultimately, Billy will suggest that they create a fresh start for themselves. She’ll balk, but he’ll say that they don’t need to make any big decision tonight. He’ll sleep on the couch, but when Amanda has a nightmare, he’ll join her on the bed to offer comfort.

Next on Y&R, at the Chancellor mansion, Chloe Mitchell (Elizabeth Hendrickson) will be concerned about her contractions, since it’s too early for the baby. Kevin Fisher (Greg Rikaart) will end up calling the doctor and finding out that they’re simply Braxton-Hicks contractions and everything’s perfectly normal. Soon, Chloe and Kevin will go to bed.

Michael Baldwin (Christian LeBlanc) and Lauren Baldwin (Tracey E. Bregman) will end up canoodling and getting intimate in the living room, and later Chloe and Kevin will catch them naked under a blanket. That will cause a humorous scene, and finally Kevin and Chloe will leave the two alone in the living room.

Next on Y&R, at the clinic where Devon Hamilton (Bryton James), Elena Dawson (Brytni Sarpy), and Nate Hastings (Sean Dominic) are stranded, they’ll hear a noise, and Devon will go to investigate. He’ll wind up bringing a young man named Jared (Michael Maclane) in from the cold. He’ll be scared, but Nate and Elena will explain that they’re doctors.

They’ll treat his stab wound, and he’ll explain that he was injured in a robbery as he was closing up his grandfather’s store. Nate and Elena will say that he needs to go to the hospital tomorrow to receive a tetanus shot. Jared will soon take off, and Elena will note that this is exactly what the mission of the clinic is for – to help the other Jareds out there. Later, Devon will admit that he’s been thinking about the baby he would have had, and Elena will provide comfort.

Next on Y&R, at Sharon Newman’s (Sharon Case) house, Mariah Copeland (Camryn Grimes) will think about Tessa Porter (Cait Fairbanks) and where she is right about now. Sharon will surmise that she couldn’t have gotten far in the storm. Sharon will head upstairs and falter bit, prompting Faith Newman (Alyvia Alyn Lind) to open up to Mariah about her fears regarding her mom’s illness. They’ll talk and comfort each other.

Later, Sharon will come downstairs not looking well, and the girls will help her to the couch. Sharon will be cold and nauseated, and she’ll worry because if she has a fever, she’ll need to go to the ER immediately and the storm might prevent that.