Days of Our Lives Spoilers: Ben And Will Celebrate Their Freedom! Ciara Saved Them Both! 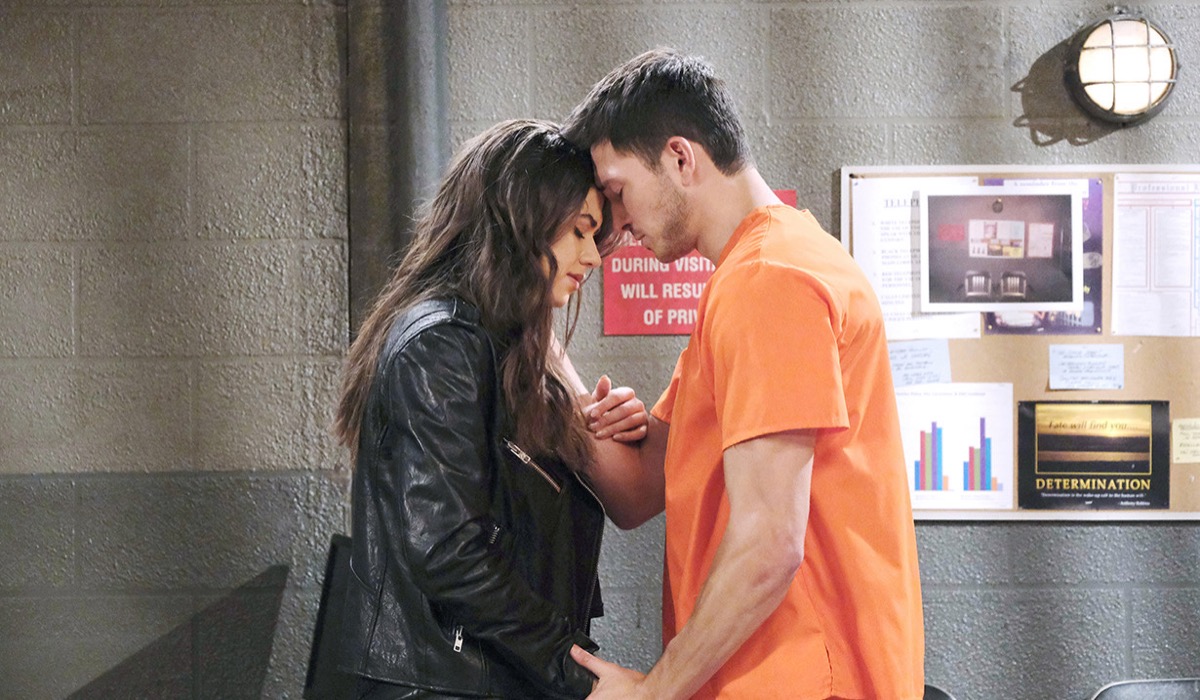 Days of Our Lives (DOOL) spoilers tease that because of Ciara Brady (Victoria Konefal), both Will Horton (Chandler Massey) and Ben Weston (Robert Scott Wilson) will be free from prison for crimes they didn’t commit. Ciara has spent months trying to prove Ben’s innocence. But in the process, she also discovered the truth about the death of Adrenne Kiriakis (Judi Evans).

For months, Ciara believed that Xander Cook (Paul Tefler) and Victor Kiriakis (John Aniston) framed Ben for Jordan Ridgeway’s (Chrishel Straus) murder. She overheard them talking about letting an innocent man go to prison, and for a long time, she believed that they were referring to Ben.

Days of Our Lives Spoilers: Kristen Lays Into Gabi – Disgusted She Bargained Baby’s Life For Her Freedom

Ciara confronted Victor and he finally told her the truth. Victor and Xander knew all along that Maggie Horton (Suzanne Rogers) was driving drunk and that the accident wasn’t Will’s fault. Ciara immediately told Will the truth, and once Maggie began to remember after Will questioned her about that night, she made sure Will was set free!

And although she was happy to be able to help Will, Ciara’s real goal was left uncompleted. She still needed to prove Ben’s innocence. Ben is the love of her life and Ciara wasn’t about to let him be executed for a crime he didn’t commit. After finding out that Xander and Victor didn’t kill Jordan, Ciara found another suspect. She believed that baby David’s father was the true culprit. DNA tests proved that a man known as Christian Maddox was David’s father and that his DNA was found at the crime scene.

When Ciara told Rafe Hernandez (Galen Gering) the true killer’s identity, Rafe revealed that he had just discovered that his nanny, Evan Frears (Brock Kelly) was really Christian Maddox. Ciara raced to stop the execution, but it was too late. However, Ben will likely be revived and set free!

Ben and Will formed a strange kind of friendship in prison. It wasn’t easy because as the Necktie Killer, Ben once tried to kill Will. But seeing how Ben has changed and how much he helped Will in prison made the two of them forge a bond. Look for the two of them to celebrate their release with Ciara as the guest of honor. Ciara has proved herself an excellent detective, just like both of her parents and Will and Ben both owe their freedom to the young woman!

Will Ben survive his execution? Will he and Will celebrate their release with Ciara as the guest of honor? Only time will tell, so stay tuned to Days of Our Lives airing weekdays on NBC. And don’t forget to check back here regularly for all your Days of Our Lives news, information and spoilers!