Days of Our Lives Spoilers: Kristen Lays Into Gabi – Disgusted She Bargained Baby’s Life For Her Freedom 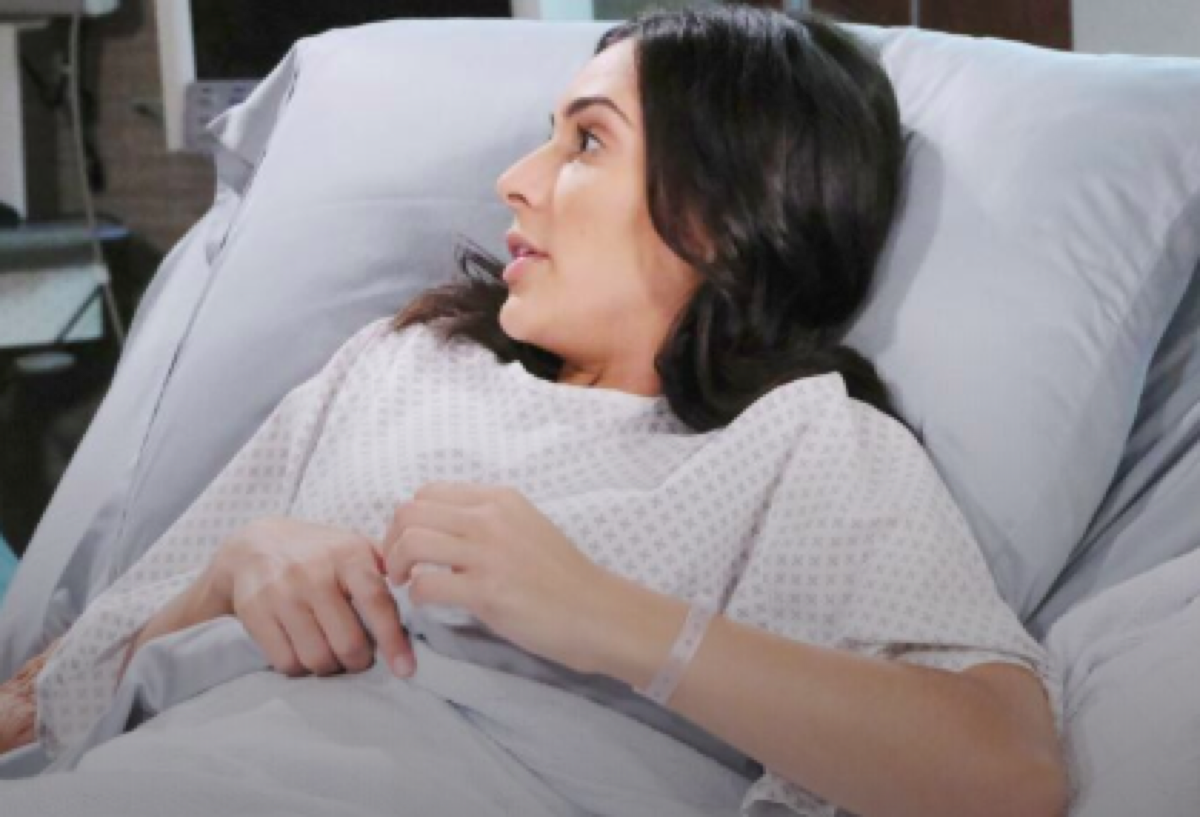 Days of Our Lives spoilers tease that Kristen DiMera (Stacy Haiduk) will lay into Gabi Hernandez DiMera (Camila Banus) when she hears that Gabi bargained a baby’s life for her freedom in an upcoming episode of Days of Our Lives!

As Days of Our Lives viewers will recall, Gabi offered to donate bone marrow to save Mackenizie Horton’s (Josephine and Rosalind May) life – for a price! She had told Eric Brady (Greg Vaughan) and Sarah Horton (Linsey Godfrey) that she would donate her bone marrow if they would talk District Attorney James Giddens (Terrell Tilford) into dropping her criminal charges in exchange for her bone marrow.

Days of Our Lives Spoilers: Ben Weston Flatlines – Can He Be Revived?

Sarah tore into her like she was going to strangle her, and Eric had to hold her back! Ultimately, it was Abe Carver (James Reynolds) who talked the DA into dropping her charge for baby Mickey’s sake. But Kristen will hear about how it all went down – and she will be MAD!

Days Of Our Lives Spoilers: Kristen DiMera Knows What It Is For A Mother’s Baby To Die

Kristen knows firsthand what it is for a mother when her baby dies – whether the baby has been born or if the mother miscarries. And if Gabi thinks she is good at revenge, just let her have a taste of Kristen getting revenge!

Kristen won’t have anything to get revenge for but she certainly has Gabi beat in the anger and comeuppance department by a mile, and she loses it and goes ballistic hearing about this baby bargain Gabi had used to get her freedom! Kristen has done some terrible things in her time, but not even she would pull the stunts that Gabi has! And Kristen is going to make sure that Gabi knows exactly how she feels about what she did!

DOOL Spoilers: Kristen DiMera Will Even Bring Up Arianna Horton

Kristen will even bring up Arianna Horton (Sydney Brower) and what if it had been HER who needed bone marrow and the donor was incarcerated or facing criminal charges and made the same demands on GABI in order to have a chance at saving Arianna’s life? How would GABI feel about that and how would GABI deal with it?

At least Kristen has some semblance of a soul, unlike her sister in law through her late brother Stefan DiMera (Brandon Barash)! Kristen tries to forcefully educate Gabi in what it is to have empathy, what it is to have a soul, what it is to be a real mother instead of only a physical one! Kristen may not be a “real mother” in some peoples’ opinion but she knows what it is to desperately want to be one and not having been given the chance! Rachel Isabella (Josephine and Rosalind May) was the closest she had come and her baby had died! Gabi is ten times the monster Kristen herself has been accused of, and she lets her know it in no uncertain terms!