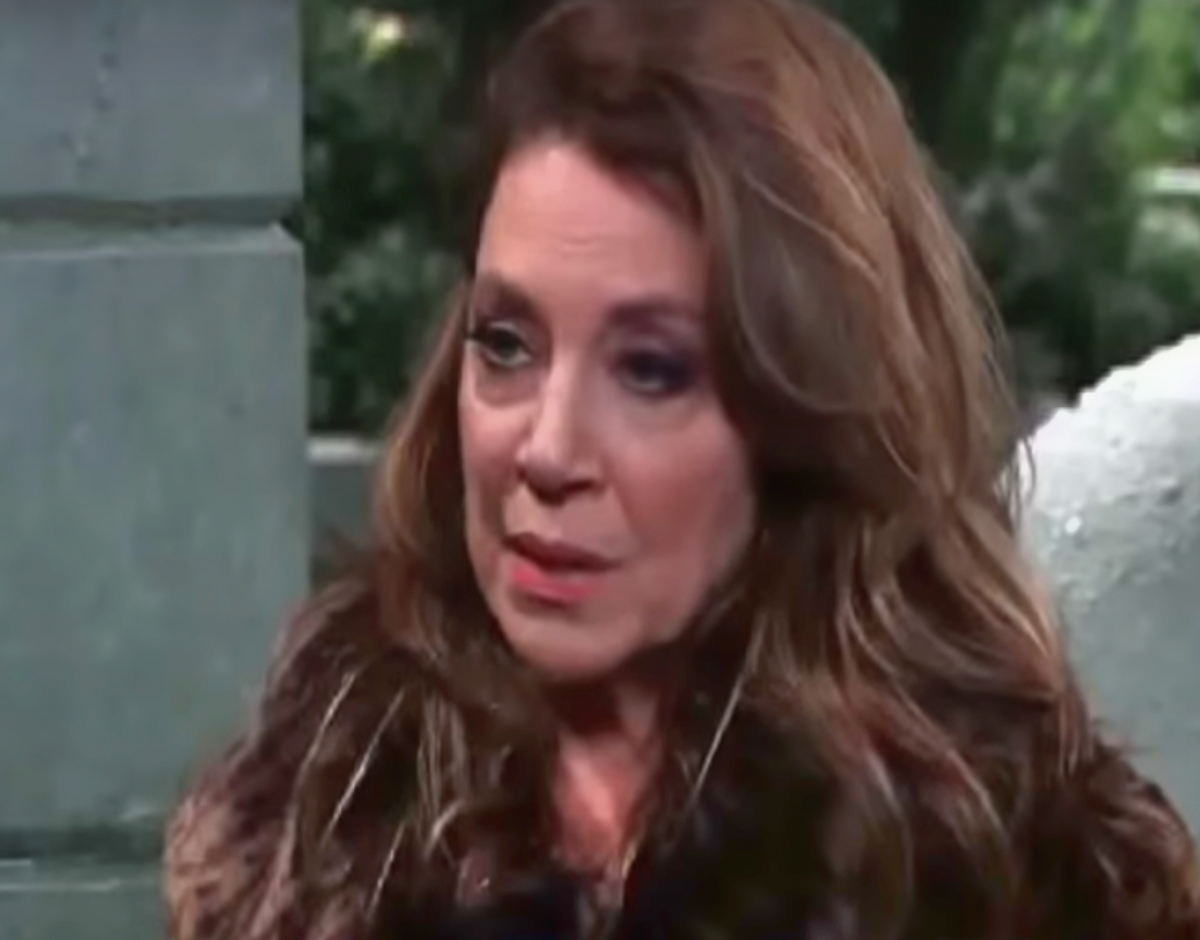 General Hospital’s Cameron Webber (William Lipton) dreams about Jason Morgan (Steve Burton) saving him. Liz Webber (Rebecca Herbst) and Franco Baldwin (Roger Howarth) join Cameron and ask about him. Cameron says he and Trina Robinson (Sydney McKayla) could have been killed. Trina says instead of my father. Trina’s mom is on her way. Cameron hugs Trina and apologizes. Trina has slept off and on. Cameron keeps picturing the night over and over.

Trina feels like an idiot. Trina can’t believe her father is gone. Ava Jerome (Maura West) and Nikolas Cassadine (Marcus Coloma) arrive to see Trina. Ava tells Trina she is sorry about his father. Ava asks to speak with Trina alone. Ava tells Trina she brought her some cookies. Ava asks how Trina is feeling. Ava tells Trina not to put a time limit on her grief. Trina asks if you ever get over it. Ava says one day she will find that she has moved on even though she will always miss her dad.

Trina’s mom says Trina isn’t available to fill an emotional void for Ava. Ava leaves and Nik refuses to go after her. Franco goes to speak to Ava. Liz is disgusted with Nik’s reaction to his wife. Nik is incapable of comforting Ava. Franco follows Ava to the Metrocourt to support her. Franco tries to help Ava. Ava says there is something familiar about Trina from the start. Ava says Trina reminds her of her daughter.

Curtis says this started as personal but now Cyrus wants Sonny’s territory. Curtis is willing to act as an intermediate. Sonny tells Jordan she’s worked with both him and the Jeromes. Sonny offers to work with Jordan to save herself. Jordan goes back to her office and looks at a photo of her family. Curtis stays and talks to Sonny and Jason. Jason explains that Curtis filled in the gaps. Jason doesn’t understand why Jordan doesn’t go to the DEA. Jason asks if Cyrus has something on Jordan. Curtis leaves saying he will be in touch. Sonny believes Jordan will change her mind and work with him.

Curtis shows up at Jordan’s office. Jordan has nothing to say to Curtis. Jordan tells Curtis that Sonny is a criminal. Curtis tells Jordan her life is on the line and working with Sonny is better than ending up dead. Jordan tells Curtis he doesn’t have to be afraid she will figure it out. Curtis watched Marcus Taggert (Real Andrews) get shot. Curtis warns Jordan that T.J. could be involved in this. Jason tells Sonny they cannot give Jordan a chance to take them down. Curtis walks out on Jordan. Molly arrives and tells Jordan that T.J. hasn’t been home and didn’t show up at work. Sonny tells Jason they could have leverage on Jordan. Jason says they need to find out what Cyrus has on Jordan.

General Hospital’s Damien Spinelli (Bradford Anderson) lets Sam McCall (Kelly Monaco) know that he has his eyes on Peter. Sam is meeting Molly Lansing Davis (Haley Pullos) at the Metrocourt. Spinelli tries to hear their conversation when Liesl Obrecht (Kathleen Gati) approaches and asks what Spinelli is doing. Spinelli agrees with Liesl that he is watching Peter. Spinelli wants Liesl to help take down Peter.

Molly arrives and tells Sam that T.J. Ashford (Tajh Bellows) proposed. Molly doesn’t want to get married. T.J. has never come back home. Molly says this is not like T.J. Spinelli tells Liesl about the baby swap. Molly plans to go to GH and talk to T.J. Spinelli arrives and Sam asks if he found anything on Peter. Spinelli tells Sam he didn’t get any information. Spinelli got access to Sam’s parole officer’s server. Sam says maybe they can use this to get the parole officer to back off.

General Hospital’s Peter meets with Anna Devane (Finola Hughes) who tells him the WSB got in contact with her about him. Anna tells Peter that the WSB is investigating Caesar Faison’s (Anders Hove) business and asks about a particular one. Peter says the company was a front that Faison used for visas.

Anna tells Peter about the wire transfer to the assailant. Liesl’s name shows up on Anna’s list. Anna buys Peter’s planting of Liesl’s name in the files. Anna tells Peter he can’t say anything about this to anyone. Anna will be in touch after she speaks to the bureau. Peter thanks someone for getting the information out there so quickly.

General Hospital’s Nelle Benson (Chloe Lanier) says she’s suing for full custody of Wiley Cooper Jones (Theo and Erik Olson). Nelle says Michael Corinthos’ (Chad Duell) family is a danger to their son. Michael says his record doesn’t compare to hers. Carly tells Nelle her record is years long. Willow Tait (Katelyn MacMullen) tells Nelle that she only wants Wiley to use as a weapon and volunteers to testify. Michael asks if Nelle can imagine the testimony. Carly tells Nelle she knows Michael is right and that she’s nothing but trash.

Nelle tells Carly that her lawyer thinks they have a good case. Nelle threatens to get a restraining order against Carly. Liesl shows up and asks about Nelle. Liesl approaches Nelle in the courtroom. Liesl says they have unfinished business. Liesl tells Nelle if she implicates her in her crimes, she will turn her in for kidnapping. Michael chases Willow down and thanks her. Michael tells Willow not to let Nelle manipulate her.

Michael is willing to do whatever it takes to keep Wiley away from Nelle. Nelle has no intention of telling anyone about Liesl’s part in any of this. Nelle tells Liesl that she told them Brad Cooper (Parry Shen) stole the baby. Carly finds Michael and tells him to let Diane Miller (Carolyn Hennesy) squash Nelle. Liesl tells Nelle to tell people she refused her offer for an interview. Anna chases Liesl down at the courthouse.