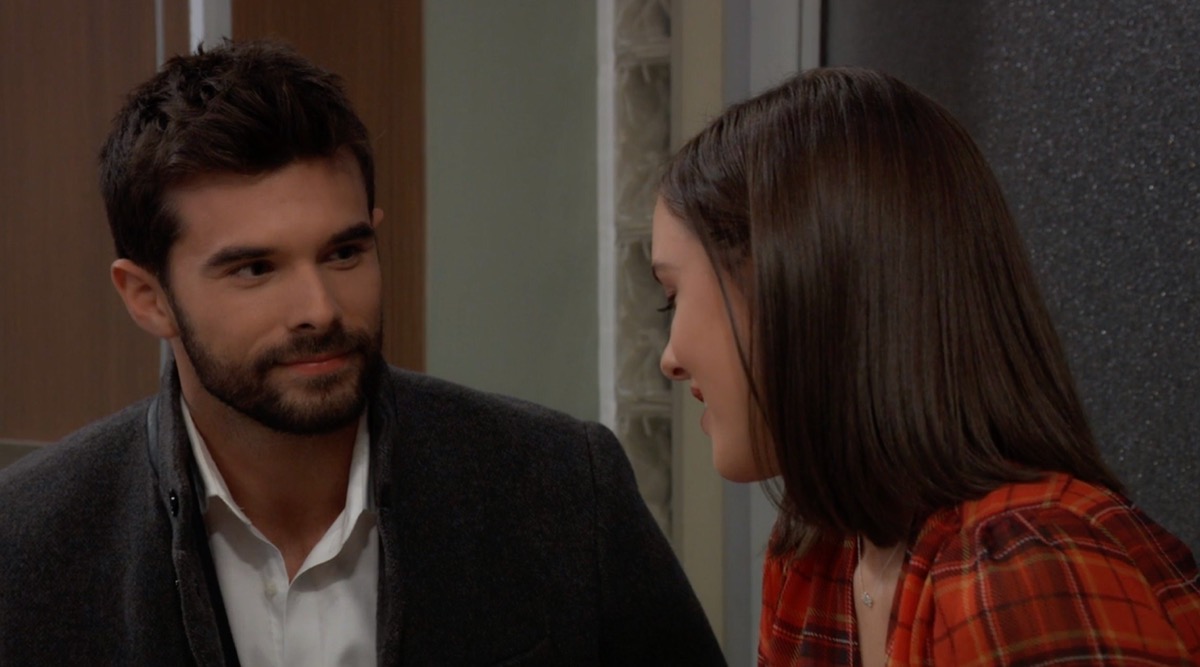 Upcoming Scenes on “General Hospital” will show Willow Tait’s (Katelyn MacMullen) struggle in accepting the devastating revelation that his son is dead. The news will hit her hard and she’ll find it difficult to cope with her new reality. Spoilers hint Harrison Chase (Josh Swickard) won’t know what to do and how to help her so he’ll turn to Michael Corinthos (Chad Duell) for guidance.

Viewers know that Michael has dealt with the feeling of losing a child and Chase knows that, too. Given that Michael has survived the grieving process, Chase will be more than willing to try any tip that comes his way on how to help Willow cope.

Fans may recall that Chase reminded Willow that what happened wasn’t her fault but was brought on by the actions of Nelle Benson Archer (Chloe Lanier) and Brad Cooper (Parry Shen). Chase told him that he still loved Wiley and wondered things would have turned out differently if she didn’t give up her child.

Later, Willow arrived at Michael’s apartment and the latter apologized to her for not bringing Wiley to see her sooner. He also empathized with her over the loss of her child. He then told Willow that she can still be part of Wiley’s life.

Next week, Michael’s suggestion won’t sit well with Willow. The latter believes that if the current situation is just too confusing for her, then it’ll be the same with the child as well. She also doesn’t think that being around the kid is a good idea, to which Michael totally disagrees. There’s been a lot of changes in Wiley’s life but Willow is the only thing that’s constant. He suggested that she can continue caring for the child like an aunt figure.

GH Spoilers: Michael and Willow As A Couple?

The way things are going, it seems like the show is setting up Michael and Willow as a couple. What about Gilmore (Sofia Mattson)? Well, she and Michael are taking things slow as of the moment. They both agreed to put Wiley’s welfare first. Will this eventually lead to a breakup?

What about Chase? He may be trying to do all that the can for Willow. However, only Michael can truly understand what she’s going through. It’s not impossible for the two to wind up falling for each other.