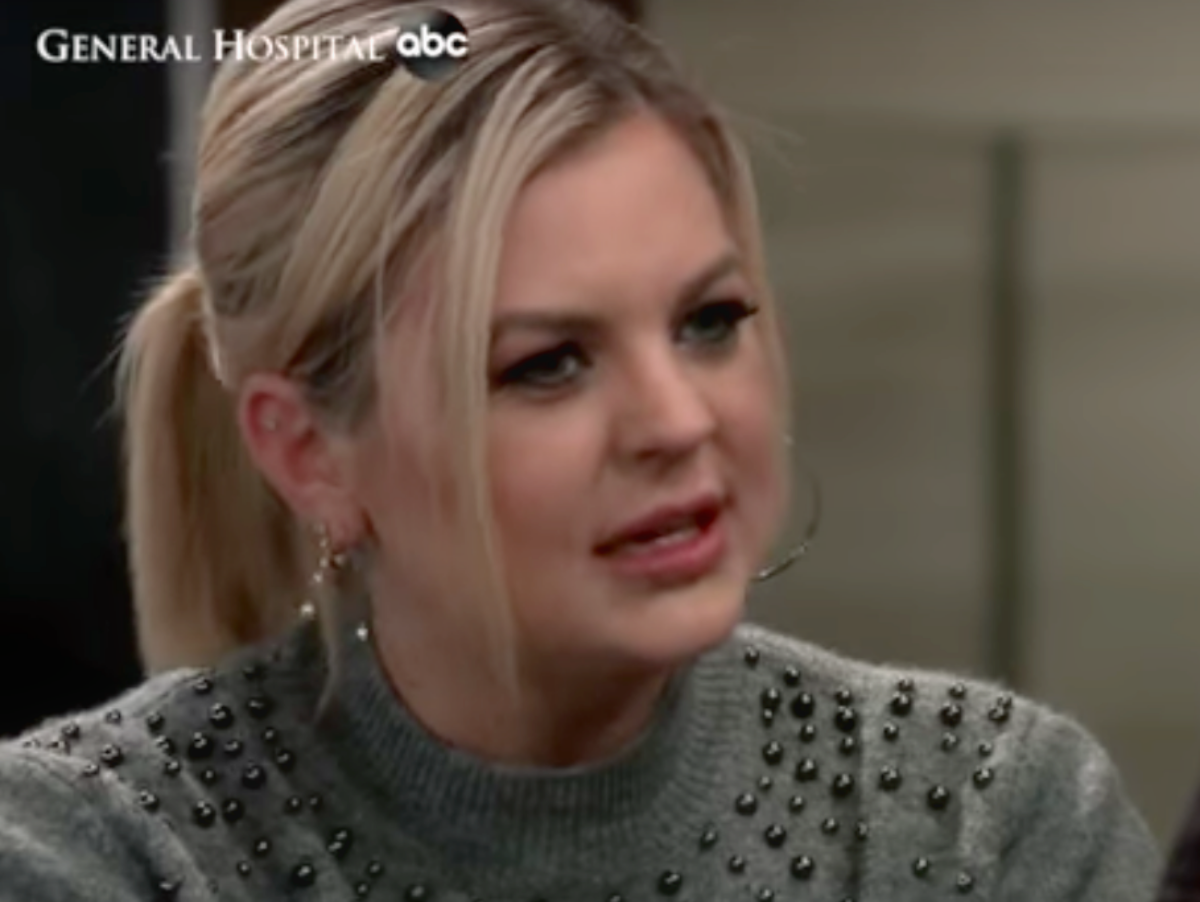 General Hospital (GH) spoilers for Friday, March 6, tease that Jasper “Jax” Jacks (Ingo Rademacher) will deliver some important updates. He’ll tell Nina Reeves (Cynthia Watros) that he just got an email from HR about them, so she’ll seem taken aback. Nina may worry there’s been some snag that prevents them from dating – and that’s possible. Then again, it may just be an email giving them the official greenlight.

Either way, it’s doubtful Nina and Jax are going to stay away from each other now! It turns out Alexis Davis (Nancy Lee Grahn) won’t be able to stay away from Neil Byrne (Joe Flanigan) either. She’ll run into him on Friday, which will leave the doc ready to bolt. Neil will think he should probably avoid Alexis, but she’ll wind up pushing him to stick around.

Across town, Jordan Ashford (Briana Nicole Henry) will give Dr. Portia Robinson (Brook Kerr) and Elizabeth Baldwin (Rebecca Herbst) some big news. She’ll insist they have a lead on who might be behind Trina and Cameron’s kidnapping, but she’ll be fibbing a bit here. The truth is Jordan knows exactly who’s responsible for the teens’ ordeal.

In the kitchen at Cam’s place, he’ll chat with Trina over cookies and try to cheer her up. That won’t be easy since Trina’s dealing with a lot of grief right now, but Cameron will do his best. At one point, Cameron will flash a slight smile as Trina seems puzzled. It’s possible Cam will suggest going on a real date sometime. Their “date” as friends ended in disaster, so maybe Cameron will want to try again.

General Hospital Spoilers: Cam Seems To Be Looking At Trina In A New Light

Cam seems to be looking at Trina in a new light, which could set them up as the couple to root for. Regardless, GH fans will be interested in where this teen love saga heads next. In the meantime, Robert Scorpio (Tristan Rogers) will sit down for a meeting with Hamilton Finn (Michael Easton). They’ll discuss Peter August (Wes Ramsey) and how a particular threat can follow you, so Robert should still be hoping for justice.

As for Peter, he’ll be busy bringing Maxie Jones (Kirsten Storms) up to speed on Anna Devane’s (Finola Hughes) accusations. Maxie will struggle to believe Liesl Obrecht (Kathleen Gati) would actually try to kill Franco Baldwin (Roger Howarth). However, Peter may shrug it off as possible under desperate circumstances. Little does Maxie know Peter set Obrecht up!

GH Spoilers: Anna Devane Will Have A Confrontation With Liesl Overcht

At the courthouse, General Hospital spoilers say Anna’s confrontation with Liesl will heat up. She’ll point to proof of Liesl’s guilt, which should catch Dr. O completely off guard. Liesl certainly didn’t orchestrate the attacks on Franco or Andre Maddox (Anthony Montgomery) nor did she lead to Drew Cain’s (Billy Miller) presumed death.

Nevertheless, Liesl will be in a bind thanks to Peter. His decision to frame her will lead to her shocking arrest! General Hospital spoilers say some stunning moments are on the way. We’ll keep you posted as other GH details emerge. Stick with the ABC soap and don’t forget to check back often for the latest General Hospital spoilers, updates and news.