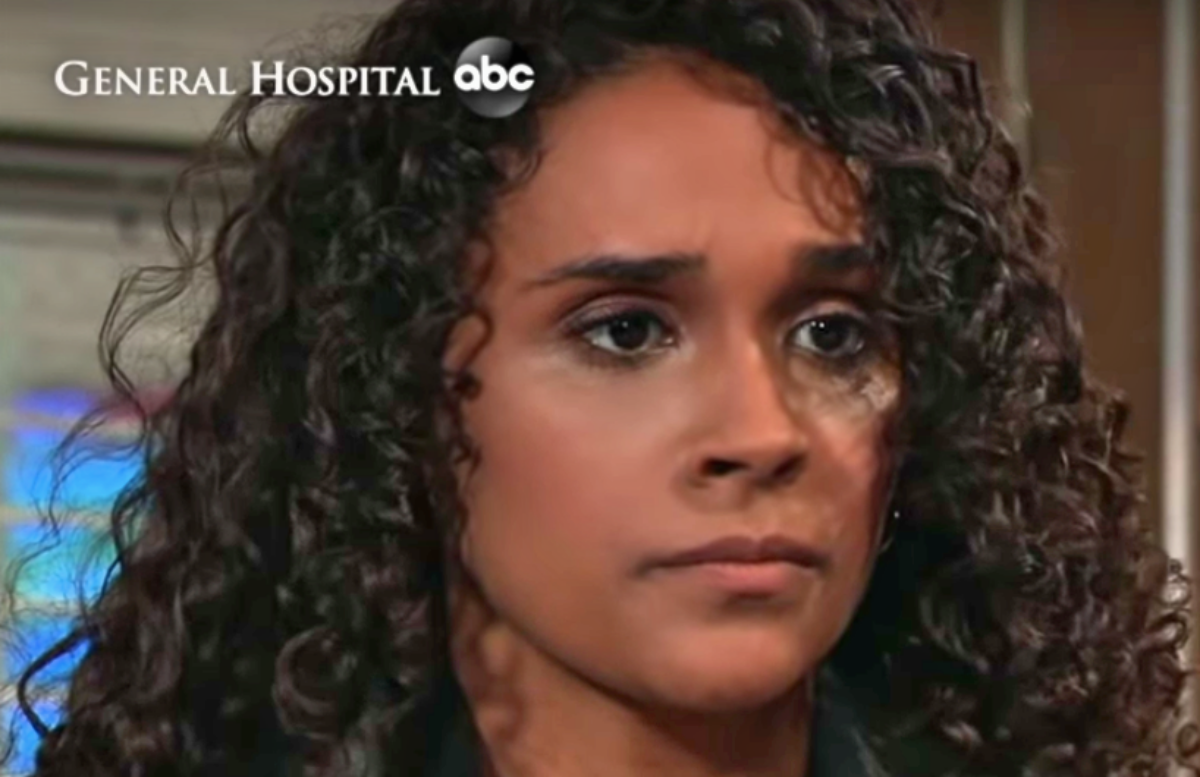 General Hospital spoilers tease that Police Commissioner Jordan Ashford (Briana Nicole Henry) will be furious when she suspects that Cyrus Renault (Jeff Kober) has had his goons kidnap her son, TJ Ashford (Tajh Bellow) in an upcoming episode of GH!

GH Spoilers: TJ Ashford Has Not Been Heard From Since He Left The Metro Court

TJ has not been heard from since he left the Metro Court the day he proposed marriage to Molly Lansing-Davis (Haley Pullos). Molly mentioned that he has not been answering her texts and that was the same day that Cameron Webber (William Lipton) and Trina Robinson (Sydney Mikayla) had been kidnapped.

General Hospital Spoilers: Michael Looks To Ned For Support In Helping Him Run ELQ As A Single Father

But Jordan hasn’t heard from TJ and neither has anyone else. Jordan doesn’t always hear from her son every day so that’s no big deal but she is surprised and concerned that he hasn’t touched base with her since the day of his big proposal! She thought either he would come to her with good news, or with bad news, since he had talked with her about Molly’s attitudes about marriage in general after she blasted off about her friend’s wedding.

What Jordan is really worried about, as well as furious at Cyrus Renault, is that TJ hasn’t been seen at General Hospital. It’s not like TJ to miss shifts, and he is very responsible. She would have thought though if it had been a kidnapping she would have gotten some kind of message from Renault’s goons – TJ and Molly have lived together for quite some time and she finds out that TJ has not contacted her and not come home, and now he hasn’t shown up for work! What is going on here?

Something is desperately wrong with this picture! She thought Trina was targeted in an effort to draw Marcus Taggert (Réal Andrews) into a trap since the goons failed to kill him with the injection of drugs, and it was a trap but they were very serious about killing Cameron and Trina and shot Marcus right in front of her!

The kids would have been dead if Jason Morgan (Steve Burton) and Curtis Ashford (Donnell Turner) hadn’t saved the day, and she was a little irritated when she found out later that Jason had been involved and also irritated that Marcus had involved him, and she was very upset that Curtis and Marcus “had cowboyed their way in there” instead of making her the first call.

But she had to admit that they saved the kids whether she wanted to or not! Now TJ appears to be missing and she has to face the horrifying possibility that Renault and his goons have targeted TJ as well, to get to her, possibly in retaliation to Jason, Marcus, and Curtis’ attack at the warehouse which killed at least three of Cyrus’ men, and deep down she fears that TJ has been killed and he’ll be the next body the PCPD finds dead of a staged drug overdose!