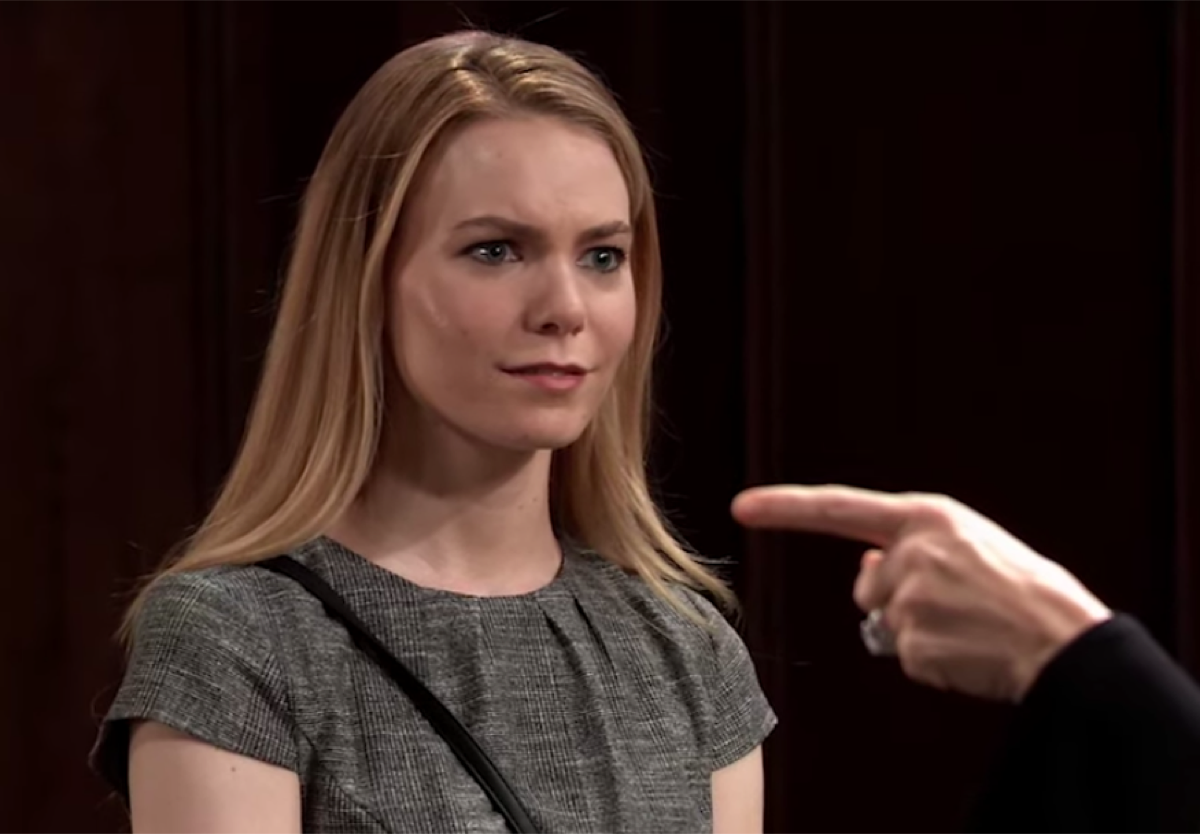 General Hospital (GH) spoilers tease that a day of reckoning is coming for Brad Cooper (Perry Shen) and Nelle Benson (Chloe Lanier). Brad admitted to the world that Wiley was really the son of Michael Corinthos (Chad Duell) and that he and Nelle swapped babies so that Brad and Lucas Jones (Ryan Carnes) would actually raise Michael’s son while Michael believed his son to be dead. Finally, after a year and a half, the secret is out!

GH Spoilers: Nelle Benson Is A Felon Now, How Will That Affect Her Case?

But while Brad implicated both himself and Nelle, Nelle tells a completely different story. Nelle claims she was unconscious at the time and that Brad switched the babies on his own. This is a total fabrication, but who will the courts believe?

Nelle is a well known manipulator and most of the time, plays the victim so well that anyone who doesn’t know her would find it hard not to believe her. Michael fell for Nelle’s lies for a very long time, and so did Harrison Chase (Josh Swickard). But both men know firsthand the type of lies that Nelle tells, and both will surely be able to testify as to her character, or lack thereof.

One thing that lends credence to Brad’s story, which is the truth, is the fact that Nelle already has a criminal record for the attempted murder of Michael. Brad has no record, but his own credibility is suspect. Brad had been involved in several schemes over the years, using involving tampering with DNA tests. Nelle’s attorney will likely use Brad’s past against him and vice versa.

So far, Brad has kept silent about the fact that his father-in-law, Julian Jerome knew about the baby swap after the fact. Brad has agreed to remain silent as long as Julian hires a top notch attorney for Brad and he gets off. So who the courts believe may come down to whose lawyer is the most convincing. Nelle will likely continue to have Martin Grey (Michael E Knight) represent her. It’s anyone’s guess how all the legal shenanigans will turn out. Hopefully, both Brad and Nelle will be convicted!

Will the courts believe Brad or Nelle? Will one, both or neither of them, escape jail time? Only time will tell, so stay tuned to General Hospital airing weekdays on ABC. And don’t forget to check back here regularly for all your General Hospital news, information and spoilers!