The Bold and the Beautiful Spoilers: Friday, March 6 – Thomas’ Web Of Deceit Starts To Unravel – Shauna Worries That Ridge Will Reunite With Brooke 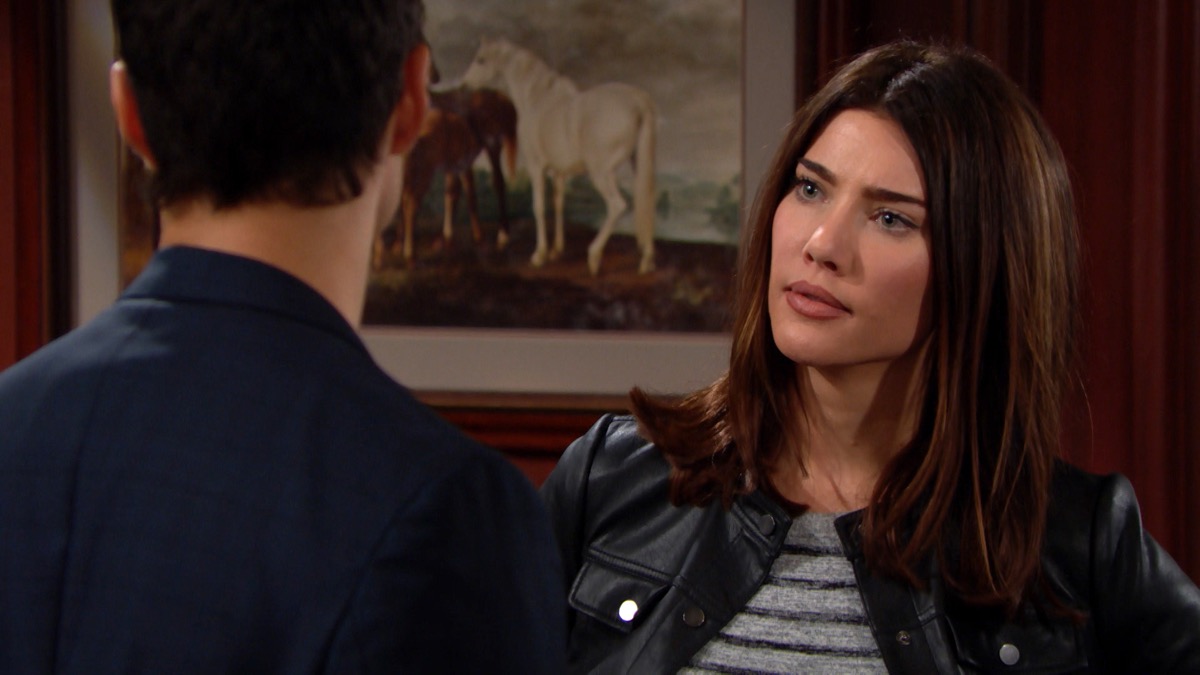 The Bold and the Beautiful spoilers for Friday, March 6, tease that Liam Spencer (Scott Clifton) will be absolutely stunned by what he’s just heard from Steffy Forrester (Jacqueline MacInnes Wood). As B&B viewers know, Steffy has just made a big confession to Liam about how their kiss on the cliff came about. She revealed all the details, saying that Thomas Forrester (Matthew Atkinson) orchestrated the kiss by cueing her to the exact moment when Hope Logan (Annika Noelle) was watching.

Of course, B&B viewers know that this is a critical detail for Steffy to have disclosed, since the kiss caused Hope to end her relationship with Liam. From there, Liam ceased living with Hope and Beth Spencer (River Davidson and Madeline Valdez) and moved in with Steffy and Kelly Spencer (Colette and Avalon Carlish). It had a significant impact on Liam’s life, and he’s going to reel from the news.

It looks like Liam is going to be pretty upset over hearing all of this, and he’ll probably at least initially give Steffy a piece of his mind about the whole thing. He’ll be upset that Steffy got caught up in Thomas’ scheme, but probably when he calms down a bit, he’ll realize that at least Steffy feels terribly guilty about the whole thing, while Thomas doesn’t.

And once Liam gives it a little more thought, he’ll likely realize that Thomas used Steffy’s feelings about him in a very sinister way. It appears that Liam will soon forgive Steffy and will channel most of his anger on how Thomas is still manipulating and causing havoc in all of their lives. And when Liam calms down a bit, it looks like things might take a big turn.

Thomas Forrester’s Grand Scheme Starts To Unravel At The Seams

The Bold and the Beautiful spoilers say that Thomas’ web of deceit will start to unravel on Friday’s episode, totally unbeknownst to Thomas. He probably thinks that there’s no way that Steffy would rat out her own brother to Liam, especially when it means that she could potentially lose Liam as a live-in father for Kelly. But since Steffy did “out” Thomas to Liam, the tables may soon turn.

B&B spoilers for next week say that Steffy will eventually offer a heartfelt apology to Hope over how she acted, and that she’ll tell Hope the truth about Thomas still being obsessed with her. From there, it appears that Steffy, Liam, and Hope will wind up hatching a plan to expose Thomas once and for all. It looks like we’ll see the beginnings of this plan start to form on Friday’s B&B episode.

Meanwhile, on Friday’s new episode of B&B, Shauna Fulton (Denise Richards) will fret about her situation with Ridge Forrester (Thorsten Kaye). As B&B viewers know, Shauna is in love with Ridge and she wants nothing more than to embark on a relationship with him. However, he’s still married to Brooke Forrester (Katherine Kelly Lang), and he’s been keeping his distance from Shauna lately because he’s holding out hope for his marriage.

So far, Shauna has been sitting back and giving Ridge space, and some new news will get her worrying on Friday’s episode of the Bold and the Beautiful. Specifically, it looks like she’ll get word that Thomas and Zoe Buckingham (Kiara Barnes) are engaged to be married, and she’ll quickly realize what that could very well mean. After all, the big problem in Brooke and Ridge’s marriage has always been Thomas.

If Thomas moves on from his obsession with Hope, Shauna will think that this could result in the problem between “Bridge” being resolved. She’ll apparently worry that if Thomas and Zoe get married and live happily ever after, then Brooke might forgive Thomas, paving the way for her to get back together with Ridge.

Shauna might talk with Quinn Forrester (Rena Sofer) on Friday’s episode about the whole thing, or perhaps she’ll hear the news about Thomas and Zoe some other way. But one thing’s for sure – it’s going to strike panic in Shauna, as she thinks that this could be the end of the line for her and Ridge.