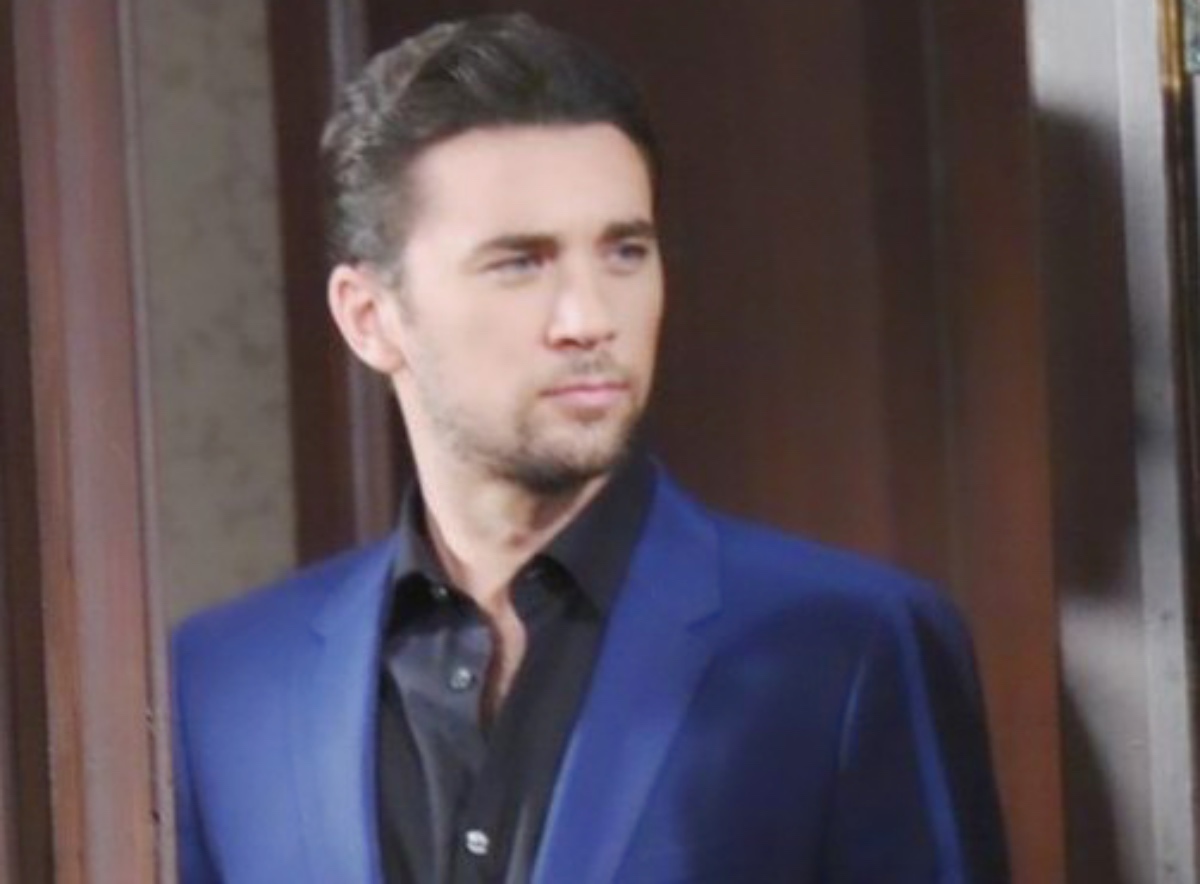 Days of Our Lives spoilers tease that Chad DiMera, (Billy Flynn) having been drugged by his own father, prepares to carry out Stefano DiMera’s (Stephen Nichols) deadly wishes in an upcoming episode of Days of Our Lives!

Days of Our Lives viewers will recall that Stefano has been drugging Chad’s drinks for several days; and it finally took hold. Now that Chad has been drugged and programmed, Stefano gives his new pawn his first assignment; kill Gabi Hernandez DiMera (Camila Banus)! Yes, Stefano is actually going to make Chad do something that Chad has probably wanted to do anyway – but has enough scruples not to go through with it on his own.

Days of Our Lives Spoilers: Jennifer and Hope Face New Challenges After Princess Gina Is Gone

But will Stefano let Chad take the fall, or does he have something planned to protect him? Chances are he does, in the eventuality that Chad is caught. But then, even if he doesn’t, someone under the influence of drugs and the control of another is probably not culpable anyway – he was not in control of his own mind and faculties.

Other Days of Our Lives spoilers say that Chad will attempt to kill Gabi. Attempting to kill someone is quite different than actually completing the murder! Either he will be interrupted in the process, which is quite likely considering he will go to her hospital room and try to smother her with pillows, or maybe some of the real Chad will break through and stop himself from going through with the killing.

Gabi will still be in Salem University Hospital because she is keeping her side of the bargain with Eric Brady (Greg Vaughan) and Sarah Horton (Linsey Godfrey) to donate her bone marrow to save baby Mackenzie “Mickey” Horton’s (Josephine and Rosalind May) life, which is her only hope after chemotherapy and other drugs had not been successful.

Days of Our Lives Spoilers: Kate Clueless Chad’s Been Ordered To Kill Her – John, Justin and Kayla In Grave Danger https://t.co/BMVe7QnqUt pic.twitter.com/Ay7zZzsiEz

Chad DiMera Is Being Groomed As An Assassin By Stefano DiMera

It’s obvious that Chad is being groomed as an assassin by Stefano. He did the same thing many years ago to John Black (Drake Hogestyn) but by brainwashing in his case, and called him his pawn. Stefano seems to be obsessed with chess pieces, calling John a pawn and Marlena Evans (Deidre Hall) a queen! Stefano had brainwashed John, who had amnesia, into thinking he was Roman Brady (Josh Taylor) who had been presumed dead, as longtime Days of Our Lives viewers will recall.

Stefano had pushed him off a cliff! Chad looks drugged in the photo stills that have been released of the scenes! Chad will receive other assassination assignments from Stefano in the upcoming weeks; but will he succeed in any of them? Abigail DiMera (Kate Mansi) should return from her grandfather’s funeral in Africa soon – will she notice something strange about her husband and intervene? It would be very surprising if she didn’t!