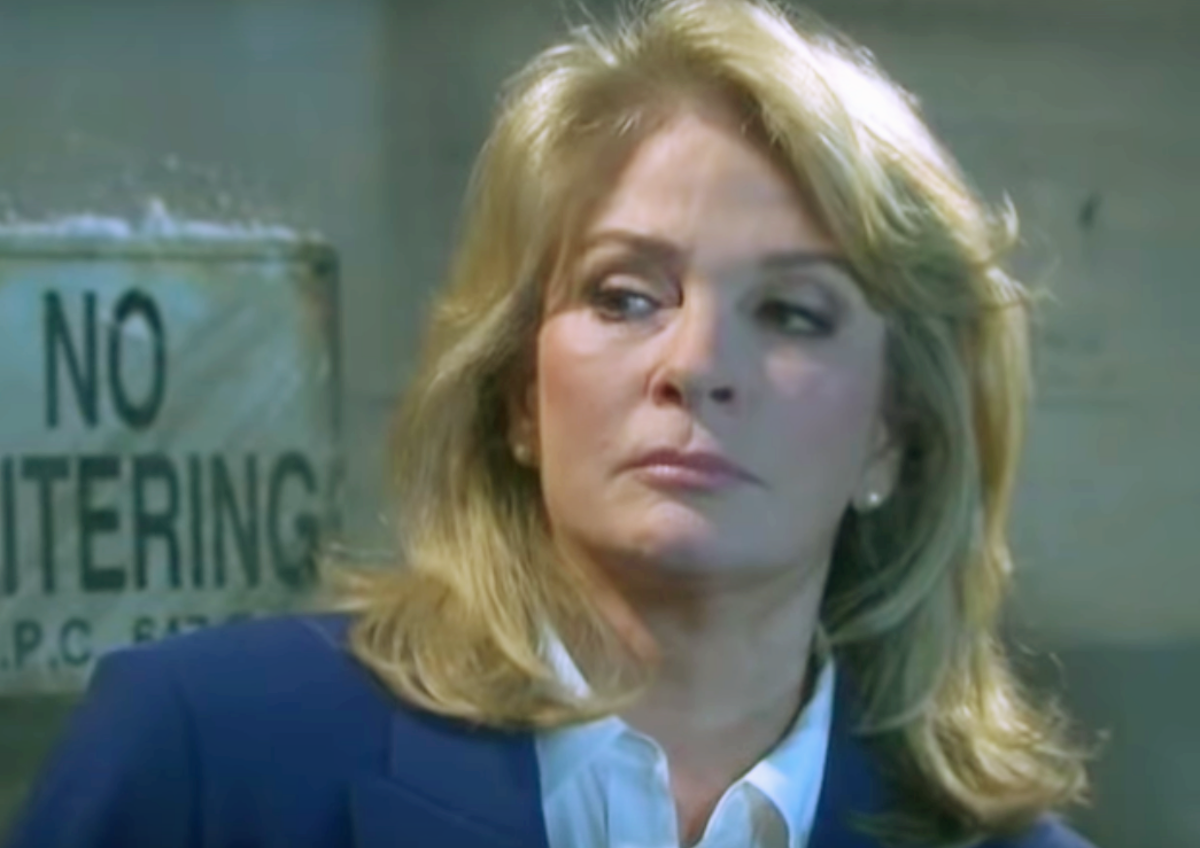 Days of Our Lives (DOOL) spoilers for Monday, March 9, tease that Chad DiMera (Billy Flynn) will move forward with Stefano DiMera aka Steve Johnson’s (Stephen Nichols) deadly plans. Days viewers know Chad’s under Stefano’s spell, so he just arrived at the hospital to smother Gabi Hernandez (Camila Banus). Chad will hear Stefano in his head pushing him to finish Gabi off right then and there.

Luckily, Rafe Hernandez (Galen Gering) will show up and derail Chad’s murder attempt. He’ll be forced to put that pillow down and cover his blunder. Gabi may be a bit suspicious since Chad was so ruthless with her at the Salem PD not too long ago. There’s also the matter of that pillow in his hands, so Rafe may wonder what’s going on here, too.

However, Chad will downplay the drama and contend that he still wanted to visit Gabi. They were friends once upon a time, so Chad may act like he felt the need to check on her. Acting like he was giving her an extra pillow might be a bit of a stretch, but Chad could probably sell it. Then again, maybe Chad will manage to put it down before Rafe appears. Either way, Chad will wiggle out of this for now.

Speaking of wiggling out of things, Marlena Evans (Deidre Hall) also has a tight spot to get out of. Unfortunately, she won’t be as successful. No matter what Marlena says or does, Stefano just won’t back down on this crazy procedure. Days of Our Lives spoilers suggest Marlena will have a chip implanted whether she likes it or not!

Days of Our Lives Rumor: Will Ben Weston Be The One To Find Baby David Ridgeway? https://t.co/BeOvU1euDm pic.twitter.com/58EpvfZCys

Days Of Our Lives Spoilers: Justin Kiriakis And Kayla Brady Will Worry With John Black

In the meantime, John Black (Drake Hogestyn) will worry along with Justin Kiriakis (Wally Kurth) and Kayla Brady (Mary Beth Evans). They’re stuck in a room that’s filling with toxic gas, so they need an escape route ASAP. Fortunately, Roman Brady (Josh Taylor) knows where they are. It looks like he’ll soon arrive with Hattie Adams (Deidre Hall) and pull off an epic rescue.

Days of Our Lives spoilers say John, Kayla and Justin will be grateful, but there’s still the matter of missing Marlena. You can bet John will want to track Marlena down immediately, but that’ll be easier said than done! DOOL fans won’t want to miss all the hot drama ahead.

It sounds like Stefano will continue to stir up major trouble. We’ll give you updates as other Days news comes in. Stick with DOOL and don’t forget to check back often for the latest Days of Our Lives spoilers, updates and news.