EastEnders Spoilers: Suki Will Soon Be Forced To Cover Her Tracks, Could Her Lies Catch Up To Her? 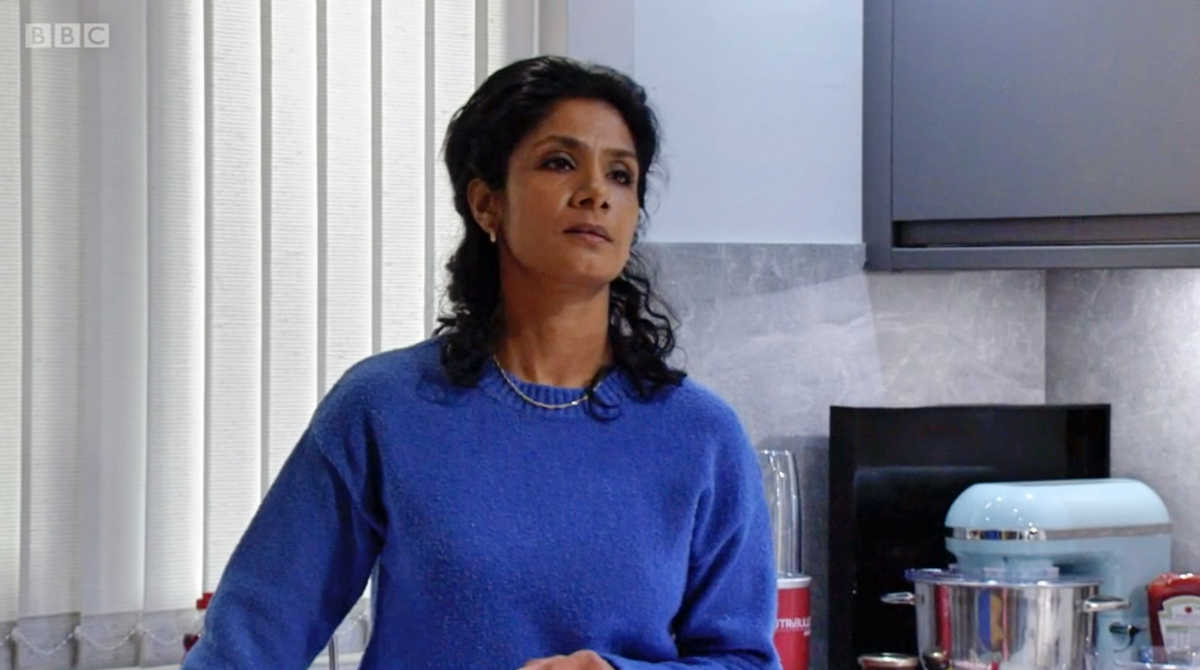 EastEnders spoilers hint at Suki’s secret being exposed by Jean Slater (Gillian Wright). Jean will soon try to help Suki Panesar (Balvinder Sopal) with her supposed “cancer”, but this will backfire on Suki as Jean will began to discover some holes in Suki’s story. Will Suki’s cover be blown soon?

Jean is now recovered from her cancer diagnosis and was recently told that she is cancer is gone. Along with that and the recent death, she will want to give back to another cancer patient and who better than Suki who has approached her with a ton of questions about cancer. She started off giving her the bed that she had just received that would be useful to cancer patients and would make them feel comfortable during their last days.

This is where the first mistake pops up where the name of Suki’s doctor came up. Suki had to come up with an excuse to why she had a different doctor then the one she said she had before. Another red flag is her how she has not received any kind of treatment yet. Jean began to warn her about the dangers of not receiving treatment.

Jean does not seem to be suspicious yet but the more time she spends with Suki, the more she may pick up on the red flags that Suki will continue to give out. The biggest problem will be how Jean will go about exposing Suki for her lies. Suki has her sons wrapped around her finger so approaching them with the truth may not play out the way she would want it to. However, if she approaches Suki’s daughter, Ash Panesar (Gurlaine Kaur Garcha), she may believe her or at least it would make her a little suspicious of her mother as well.

Being a doctor, she may see some of the red flags herself and she will realize that her mother is manipulating her and her brothers. Even now that she thinks that her mother is sick, she refuses to be manipulated by her. So, it would make sense that she may be one of the first ones to find out about her mother’s lying.

What do you think? Who will find out about Suki’s deceit first? How long do you think Suki can keep up with her lies? Watch EastEnders from Monday and Friday at 8pm and Tuesday and Thursday at 7.30pm on BBC One to find out what happens next.