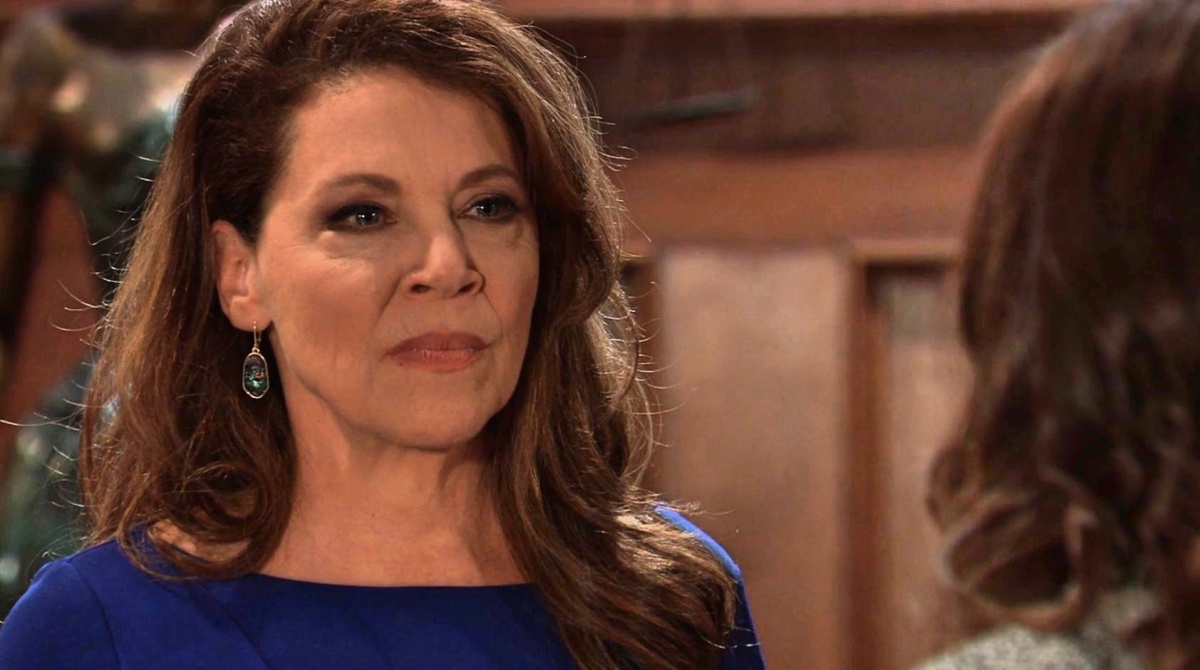 Alexis is approached by someone who thinks she and Neil are married. The performance ends and Neil offers to share a cab with Alexis. Neil and Alexis are staying at the same hotel, he offers to walk her there and share a coffee at the bar. Alexis is afraid this might be too risky. Neil is willing to take that risk.

General Hospital’s Molly Lansing Davis (Haley Pullos) meets with Jordan Ashford (Briana Nicole Henry) at her office. Molly tells Jordan she thinks she broke T.J. Ashford’s (Tajh Bellows) heart. Jordan tells Molly she believes T.J. will be in touch. Molly tells Jordan she and T.J. are always able to talk things out. Jordan calls T.J. and tells him to get in touch with Molly and then to call her.

Portia was always afraid the past would catch up with Taggert. Jordan Ashford (Briana Nicole Henry) arrives. Jordan talks to Portia and Liz about the shooting. Portia believes Cyrus Renault (Jeff Kober) is behind this. Jordan wants to put officers on Portia and Trina. Portia agrees but tells Jordan they got what they wanted, Taggert is dead.

General Hospital’s Maxie Jones (Kirsten Storms) is talking to Lucy Coe (Lynn Herring) on the phone. Nina Reeves arrives ranting about a photoshoot. Maxie has to get off the phone. Maxie tries to talk to Nina about work but is ignored. Maxie storms out furious. Jasper Jacks (Ingo Rademacher) arrives and tells Nina he wants to go on the next photo shoot with her. Jax tells Nina that the human resources department knows about their relationship. Nina and Jax talk about Michael Corinthos (Chad Duell) getting his son back. Jax tells Nina about Taggert getting shot.

Finn sends Violet to asks the waitress to bring more tea. Robert wonders why Finn moved out. Finn needs to keep his daughter safe. Robert asks what fine worries about most. Violet comes back with Anna in tow. Anna has news for both of them. Anna tells Robert and Finn the Peter is innocent. Anna asks Finn to come home.

General Hospital’s Anna goes after Liesl Obrecht (Kathleen Gati) at the courthouse. Anna accuses Liesl of framing Peter. Anna tells Liesl she has evidence to prove what Liesl has done. Liesl tries to tell Anna that Peter is the one behind everything but she refuses to listen. Anna has Liesl arrested.

Peter gets a message from one of his reporters saying Liesl has been arrested. Peter tells Maxie who rants about Liesl never seeing her son again. Maxie can’t believe Liesl has done this. Peter hugs her knowing he framed Liesl.

General Hospital’s Cameron Webber (William Lipton) tries to talk Trina down. Trina keeps wondering if there was something else she could have done to help her dad. Trina blames herself for Taggert’s death.

Cameron tries to explain to Trina that she cannot beat herself up about the shooting. Cameron tells Trina he wishes he had gotten to know his father but he died before he was born.