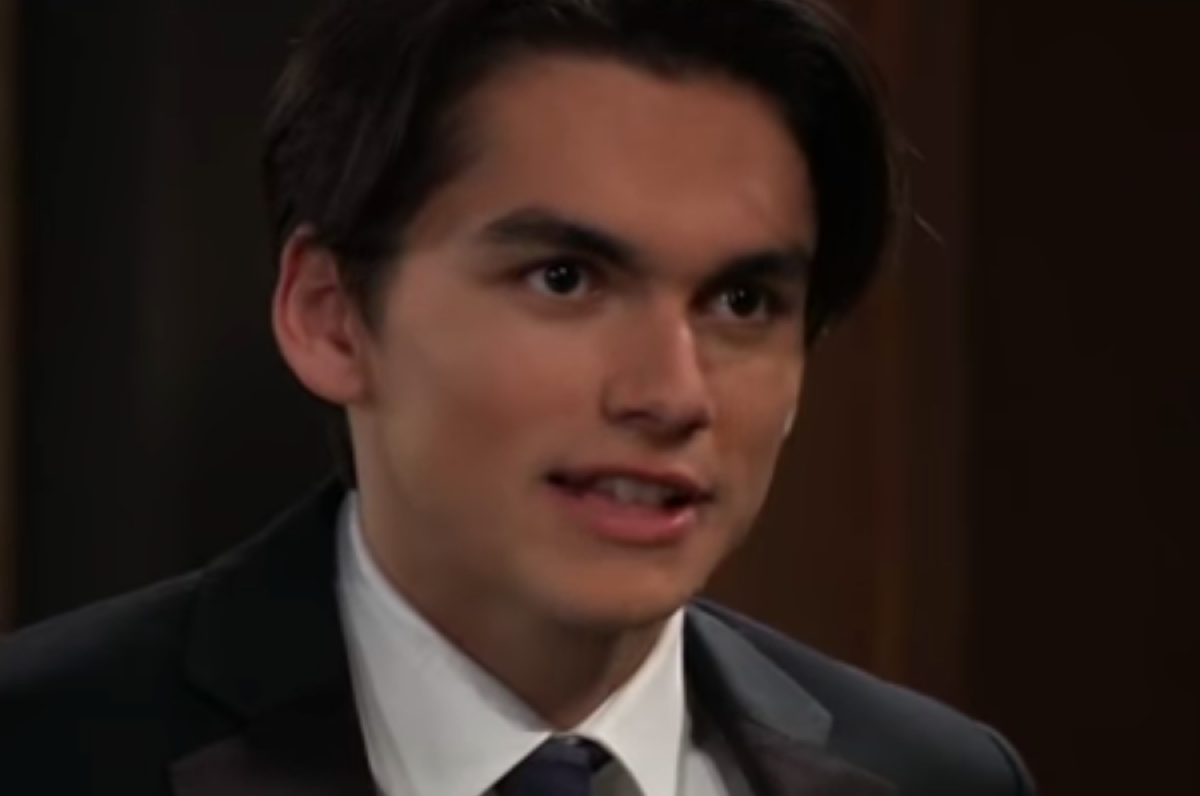 General Hospital (GH) spoilers tease that the teens of Port Charles are all over the place in the romance department. Cameron Webber (William Lipton) has been pining over Josslyn Jacks (Eden McCoy), but after their first date / kidnapping, Cameron may see Trina Robinson (Sydney Mikayla) in a new light!

Josslyn hasn’t been much into romance lately, after her first real love, Oscar Nero Quartermaine (Garren Stitt) died last year, Joss has been in mourning. She seems to be coming out of it though, first by trying to kiss Dev Cerci (Ashton Arbab) on New Year’s Eve. Dev told Joss he didn’t see her that way, just as he told Trina a few weeks earlier. For now, Joss seems to have a crush on her teacher, Dustin Phillips (Mark Lawson).

Does Dev truly not want to date either Josslyn or Trina? While he may have feelings for Joss, it’s just as likely he likes Trina. If Cameron and Trina do start dating, will Dev see that as a wakeup call? Could he decide to pursue Trina now that he may have competition? Dev has likely not wanted to get involved with anyone because he is in the country illegally. Sonny Corinthos (Maurice Bernard) has papers created that state Dev is actually his cousin. But Dev is concerned the truth will come out and he will be sent back to Turkey!

Because of the danger Cyrus Renault (Jeff Kober) poses to anyone in Sonny’s family, Dev has abandoned his plan to leave Port Charles. Sonny can’t keep him as safe if he is that far away, So with Dev staying in town, he may decide to get into the dating pool. Only time will tell who he chooses, Josslyn or Trina. And that’s assuming either of them are still interested in him by then.

Cameron and Joss have been friends for years and will likely end up together in the long run. As far as Trina goes, she may have just moved on. Trina put herself out there and tried start a romance with Dev, she will likely not put herself in that position again. But anything can happen when it comes to love.

Will Dev decide to pursue either Trina or Josslyn? Or does he truly not have feelings for either? Only time will tell, so stay tuned to General Hospital airing weekdays on ABC. And don’t forget to check back here regularly for all your General Hospital news, information and spoilers!