General Hospital Spoilers: Will Spinelli Find Out What O’Brecht Knows About The Baby Swap? 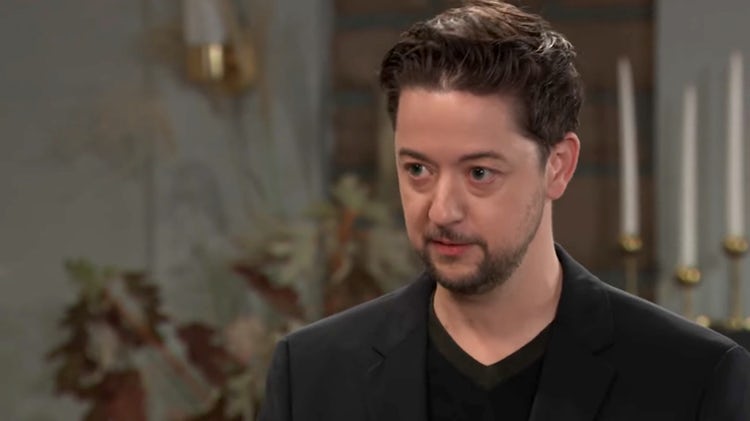 General Hospital (GH) spoilers tease that Damian Spinelli (Bradford Anderson) is going to seek about Leisl O’Brecht (Kathleen Gati). But what secrets is he trying to uncover? As viewers know, O’Brecht is the only other person besides Nelle Benson (Chloe Lanier), Brad Cooper (Perry Shen) and Julian Jerome (William DeVry) who knew about the baby swap long before it was revealed to everyone in Port Charles.

As viewers may recall, Nelle was wondering in the woods after trying to kill Michael Corinthos (Chad Duell). A very pregnant Nelle went into labor at that very moment! Dr. O’Brecht, had just escaped prison custody when she came across Nelle. She delivered Nelle’s baby in the woods and handed the very much alive baby back to Nelle before leaving! That means that O’Brecht knew that the baby she delivered was quite healthy!

General Hospital Spoilers: Should Willow Get Help Before Being Around Wiley? https://t.co/XgTHstDOZN pic.twitter.com/vGm5te1WVv

When she heard several months that Nelle’s baby had died and that Brad and Lucas Jones (Ryan Carnes) had adopted a baby day, she put two and two together. She confronted Nelle, now is prison, but agreed to keep quiet, at least for the time being. But she used the information as leverage to blackmail Brad later on, in order to get Brad to doctor a DNA test on Sasha Gilmore (Sofia Mattsson). Brad had asked Julian to kill O’Brecht, but after much soul searching, Julian refused.

GH Spoilers: Spinelli’s on the case!

Now that the truth has come out, Michael will have to file for legal custody of his son. Nelle is sure to fight him tooth and nail. Perhaps he will ask Spinelli to find whatever information he can on Nelle and the night that she gave birth. O’Brecht escaped police custody in the same vicinity, so Spinelli might have a hunch that O’Brecht knows something about what happened that night. O’Brecht might try to feign ignorance, but Spinelli has a way of getting to the truth. Will he find out that Nelle’s baby was perfectly healthy, and so was Nelle, after the birth? If so, it would refute her tale of being weak and unconscious when Brad made the baby switch all on his own!

Will Spinelli get the truth out of O’Brecht? Will it be enough to ensure Michael get custody of his son? Only time will tell, so stay tuned to General Hospital airing weekdays on ABC. And don’t forget to check back here regularly for all your General Hospital news, information and spoilers!