EastEnders Spoilers: Will Whitney Dean Be A Free Woman? 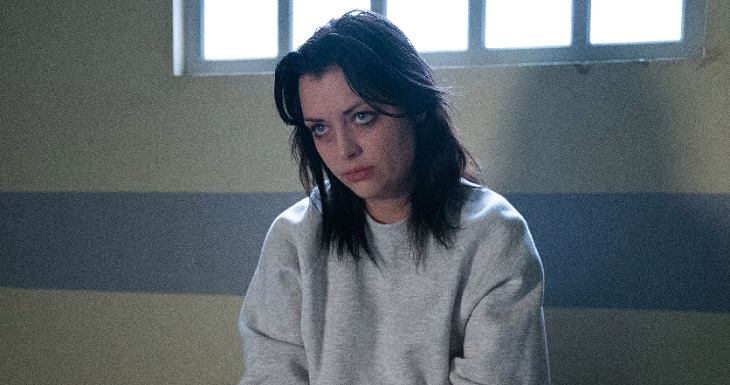 EastEnders Spoilers tease that Whitney Dean (Shona McGarty) will have to face her future as her bail hearing proceedings began. Whitley has been accused of murder and will soon have to come face to face with whether she would be let on bail or not.

As viewers know Whitney was being stalked by Leo King (Tom Wells) and on the night of the party, he attacked her. They began to struggle over the knife, and he was stabbed which lead to his untimely demise. With her bail hearing coming up, how will she handle the unknown that she will face until her bail hearing?

Whitney has been through a lot of stress since she has been the target of stalking. Law enforcement did not take her seriously and this led to things escalating even further for her. Many people saw that she was being pushed to her limit and the stress was causing her physical problems including her hair beginning to fall out. This week, she will have to trust that the evidence is on her side and hope that it will be enough to let her out on bail. After all she does have witnesses that can testify that the stalking happened and that she is not a threat to anyone or even a flight risk.

Gray (Toby-Alexander Smithwill) continue to be prepared for the upcoming bail hearing and he will begin to feel the heat from Whitney upcoming hearing and trail. He becomes more determined to find a way to help Whitlney as well as prove her innocence. According to spoilers, her bail hearing should be happening on the sixth of March. Viewers who know that Whitney is innocent are hoping that she will be let out soon and that innocence will be proven.

There is no denying that she has been through a lot and that she may be struggling with the fact that she killed Leo. As viewers saw that she had difficulty getting rid of the murder weapon when on the boat as she reflected on how she unintentionally killed Leo. This may lead to her feeling guilty in the near future. Even if she is released from prison, she will still have a lot that she will have to deal with including her guilt from Leo’s death as well as any issues that may have resulted from the stalking. Watch EastEnders from Monday and Friday at 8pm and Tuesday and Thursday at 7.30pm on BBC One to find out what happens next.