General Hospital Spoilers: The Walls Are Closing In, Obrecht Arrested – Can She Wiggle Out Of This Mess? 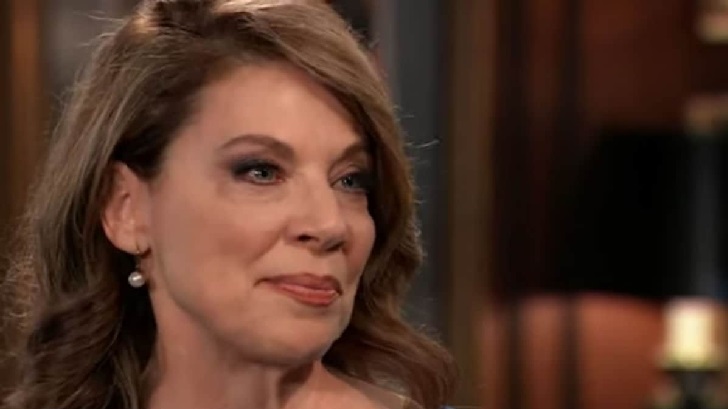 General Hospital (GH) spoilers hint at Liesl Obrecht (Kathleen Gati) being approached by Anna Devane (Finola Hughes) and Damian Spinelli (Bradford Anderson) with questions. Obrecht has been involved in many storylines and will soon be coming back to viewers’ screens to be welcomed with questions. How will Obrecht respond to their questions?

Obrecht knows a lot about the things happening in town, including the baby switching incident and about Peter’s antics. So, when Spinelli finds information that leads him straight to Obrecht, he will approach her for answers. As viewers know, Obrecht only does things for her on self-interest, so if she does share any of the information, she knows it will be because she was offered something or cover herself.

Anna will also corner Obrecht in a future episode for more information. Anna has been trying to protect her son, Peter August (Wes Ramsey), from his past actions to the point that she withheld evidence from Robert Scorpio (Tristan Rogers) in order to protect Peter. She will most likely approach Obrecht in order to get her to remain quiet about what she knows about Peter. Anna and Obrecht do not have the best history, so it might not go over well, but Anna will be determined to keep her son safe out of obligation.

General Hospital Spoilers- Obrecht determines who will take the blame.

This may not be the only thing that Obrecht will be involved in. Obrecht also knows about the baby switching incident and even blackmailed Brad Cooper (Parry Shen) with her knowledge of the situation. Since the secret about Wiley Corinthos’s (Eric and Theodore Olson) true identity came out, Obrecht’s name has been brought up about Brad. As viewers know, Obrecht will play a big part in if Brad will be the only one to take the blame or if Nelle Benson (Chloe Lanier) and Brad will share the blame. Of course, Obrecht will make the best decision for her, even if it means throwing someone else under the bus.

On the Friday March 6 episode of General Hospital, Obrecht was shocked when she was arrested by agents, accusing her of murder.  Of course, Peter August is behind the frame job.  It’s pretty ironic that after all of the dirt that Liesl has done, she appears to be going to prison for something else entirely. But, Obrecht is a tricky lady, it will be interesting to see if and how she wiggles out of her latest legal mess.

We’ll give you updates as GH news comes in. Stick with the ABC soap, and don’t forget to check Hollywood Hiccups often for the latest General Hospital spoilers, updates, and news.