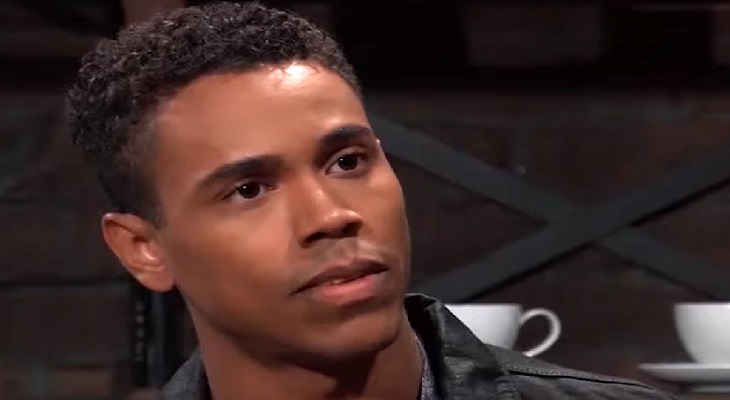 The baby Wiley Corinthos (Erik and Theodore Olson) custody case and the continuing aftermath of the baby swap reveal continues this week, with Attorney Diane Miller (Carolyn Hennesy) hatching a plan to help Michael Corinthos (Chad Duell) win his custody case. Sasha Gilmore (Sofia Mattsson) may have her doubts that their getting married will have an effect on the family court judge’s decision, and she will confide in Willow Tait (Katelyn MacMullen) later in the week.

Michael and Sasha will have an emotional discussion, and Willow will begin to open up. As far as the aftermath of the baby swap reveal, Brad Cooper (Parry Shen) will receive a warning and later will be amazed, while Lucas Jones (Ryan Carnes) will soften towards his birth father, Julian Jerome (William DeVry).

The whereabouts and condition of TJ Ashford (Tajh Bellow) will continue to be a mystery, and his mother Jordan Ashford (Briana Nicole Henry) may be forced out of her denial that he too could have been a victim of Cyrus Renault’s (Jeff Kober) revenge plans even as Mac Scorpio (John J. York) holds a gathering to remember the late Marcus Taggert (Réal Andrews).

Jordan will get a reassuring text from TJ’s phone, and Molly Lansing-Davis (Haley Pullos) will press her for information. However, the next day Jordan is beside herself, Stella Henry (Vernee Watson) pays a visit to Curtis Ashford (Donnell Turner) and Curtis will try to figure out what Jordan is keeping from him!

Peter August’s (Wes Ramsey) house of cards is still in danger, even after he thinks he successfully framed Liesl Obrecht (Kathleen Gati) for his crimes! Damian Spinelli (Bradford Anderson) is about five steps ahead of Peter, and in the latest GH sneak peek video, he tells Jason Morgan (Steve Burton) that Peter framed Liesl, even as his mother Anna Devane (Finola Hughes) walks up to them near the end of their conversation. Maxie Jones (Kirsten Storms) will continue to support Peter, and Sam McCall (Kelly Monaco) will meet with Spinelli at the end of the week for updates on his investigation into Peter.

Apparently, Brook Lynn Quartermaine (Amanda Setton) still wants Julian to solve her Linc Brown (Dan Buran) problems mob-style as she confronts Julian by the end of the week. Brook Lynn has been talked out of her ELQ shares before a few years ago, and it sounds like she doesn’t fall for Linc’s deal to release her from her contract in exchange for her ELQ shares! That time it was pretty hard for her to get them back so she’d rather have the Linc problem eliminated for good!

“Nelexis” fans may have some fun this week as Alexis Davis portrayer Nancy Lee Grahn had some fun with words on social media, posting that she thinks “Nelexis” has “sexis” this week. Viewers will recall that Dr. Neil Byrne (Joe Flanigan) and Alexis wound up both in the same box seats at an opera and the same hotel in New York City through no fault of their own, and Alexis won’t be able to help herself. Neil will be interrupted and then he will be stunned; does the medical licensing board have a private investigator following them around that could jeopardize his case to retain his medical license?

That’s all for this week’s Five Key Takeaways from General Hospital. Stay tuned to the show, and keep checking General Hospital spoilers frequently for all the latest news, updates, and developments!