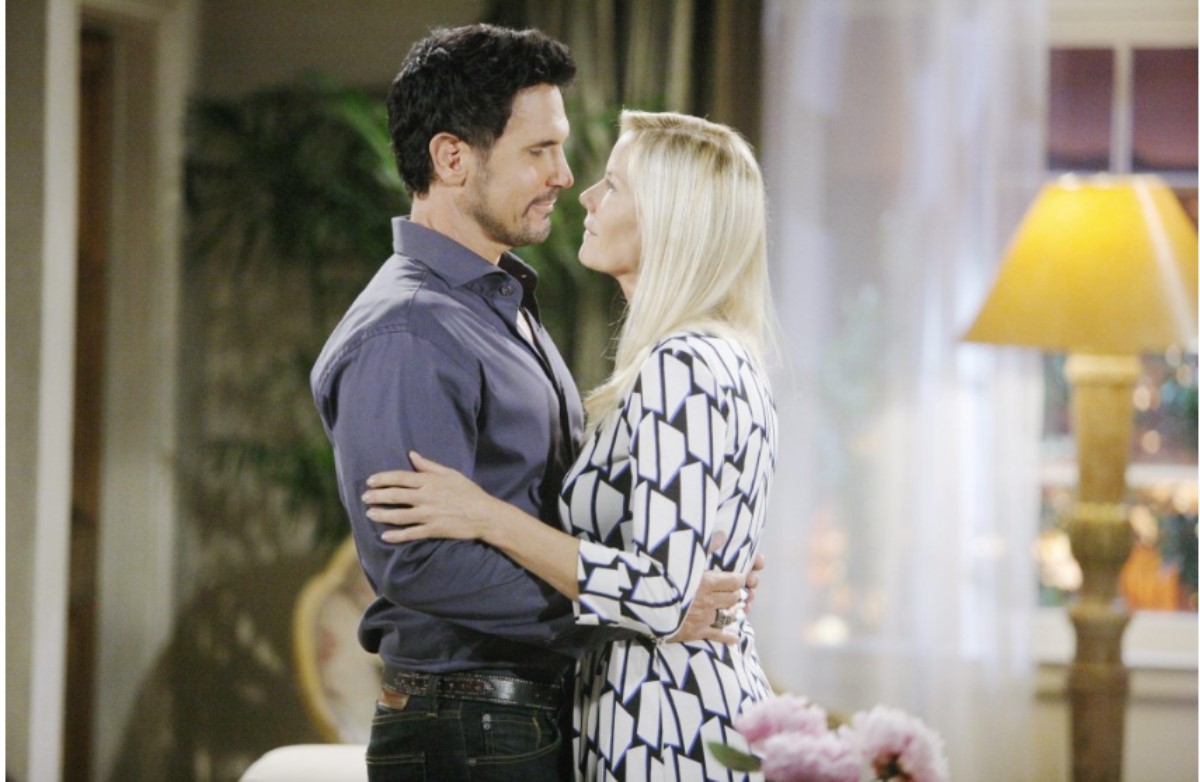 The Bold and the Beautiful spoilers reveal Bill Spencer (Don Diamont) and Brooke Logan Forrester (Katherine Kelly Lang) end up sharing an unexpected kiss. It is also teased that Bill begins daydreaming about his former lover and bashing her relationship with Ridge Forrester (Thorsten Kaye). Does he still love Katie Logan (Heather Tom)? Diamont answered that question during a recent interview.

The Bold and the Beautiful Spoilers – Unexpected Smooch Between Former Lovers

B&B spoilers reveal that it’s not just one kiss between Bill and Brooke, but “several kisses tied up into one kiss.” A preview photo published in the latest issue of Soap Opera Digest shows the two characters intertwined in each other’s arms and the smooch definitely looks passionate. However, what does this mean for them as characters, as well as for their respective partners?

The Bold and the Beautiful Spoilers: Friday, March 6 – Thomas’ Web Of Deceit Starts To Unravel – Shauna Worries That Ridge Will Reunite With Brooke

Diamont talked about the storyline with the publication. He admitted that Bill has strong feelings for Brooke, despite the fact that both of them are involved with other people.

The Bold and the Beautiful Spoilers – What About Katie Logan?

The Bold and the Beautiful spoilers reveal that this would not be the first time Katie is betrayed by Bill. In fact, this will make the third time that Brooke has tried man-napping Bill from her own sister. So, how does he really feel about Katie? Is his love even real for the young woman? Diamont said that his love for Katie is genuine, but he has a “soulful connection” to Brooke.

Bold and the Beautiful Spoilers: Shauna Gets Upsetting News – Fears She Will Never Get Ridge Away From Brooke https://t.co/wreIRINZnD pic.twitter.com/Nn0yn5DuLh

The actor also commented that there might be a reason why Bill and Katie aren’t married yet. The two have been engaged for an eternity, but haven’t walked down the aisle yet. Not even after he nearly lost her during her most recent health crisis.

“With Katie and Bill, there is history; the marriages, the divorces, and maybe they’re both a little gun-shy at this moment.”

What do you think of Bill and Brooke kissing during the upcoming week? Will anything more come of it and how will Katie react when she finds out the truth? What does this mean for the future of “Bridge?” Fans will have to keep watching the CBS soap opera to see how this storyline develops over the next few weeks.

Be sure to catch up on everything happening with B&B right now. Come back here often for The Bold and the Beautiful spoilers, news, and rumors!