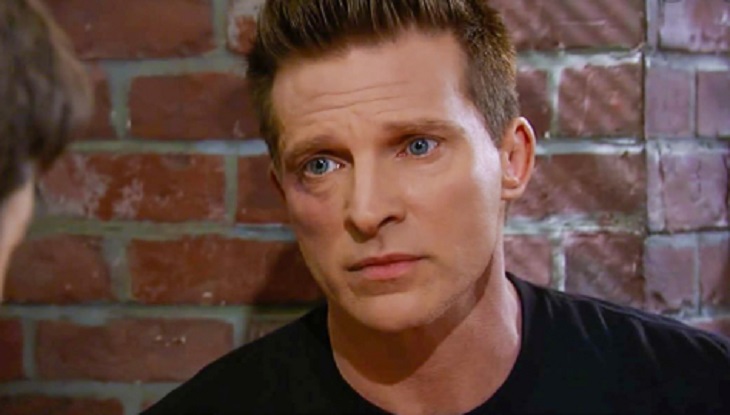 General Hospital (GH) spoilers hint at Jason Morgan (Steve Burton) becoming more suspicious about Jordan Ashford’s (Briana Nicole Henry) involvement in Mob Wars. He will approach Curtis Ashford (Donnell Turner) about his questions to see if he can get any more information about what is going on. Will he get the answers he is looking for?

Ever since Jordan approached Jason and Sonny Corinthos (Maurice Benard) after being approached by Marcus Taggert (Réal Andrews), he has been wondering if Jordan has had some kind of part in the mob war that was happening. Taggert never gave any information about it or brought up Jordan’s name, Jordan coming over to visit them was a red flag in and of itself.

During that time, Jason asked Jordan a question about if she worked with the team that was supposed to take down Cyrus Renault (Jeff Kober). After she answered that she was a part of that team, Jason’s suspicions grew further because of that as well as his conversation with Curtis. After the shoot out that happened between Cyrus’s men and Jason and Curtis, Jason asked Curtis what brought him there. In response, Curtis told him that he was helping a friend. This was strange for Jason because Taggert and Curtis were not friends and hardly knew each other.

General Hospital Spoilers: Michael Hands Over ELQ, Will He Ever Get Company Back?https://t.co/86lbzAaqB8

This has gotten Jason thinking about what Curtis could be hiding and made him think that it may have something to do with Jordan. He shared his concerns with Sonny, who was not convinced, but it looks like Jason will not let this one go. He will then go up to Curtis and confront him about the warehouse shooting and what brought him there. He will also ask about Jordan’s involvement in mob war and Cyrus.

Curtis will probably try to avoid the question like before, but it can be really hard to shake Jason once he has his mindset one something. It will not be a surprise if Curtis ends up telling Jason everything that he knows.

What do you think? Will Jason get the information he wants? Will Curtis tell Jason about Jordan’s involvement with Cyrus? We’ll give you updates as GH news comes in. Stick with the ABC soap, and don’t forget to check Hollywood Hiccups for the latest General Hospital spoilers, updates, and news.