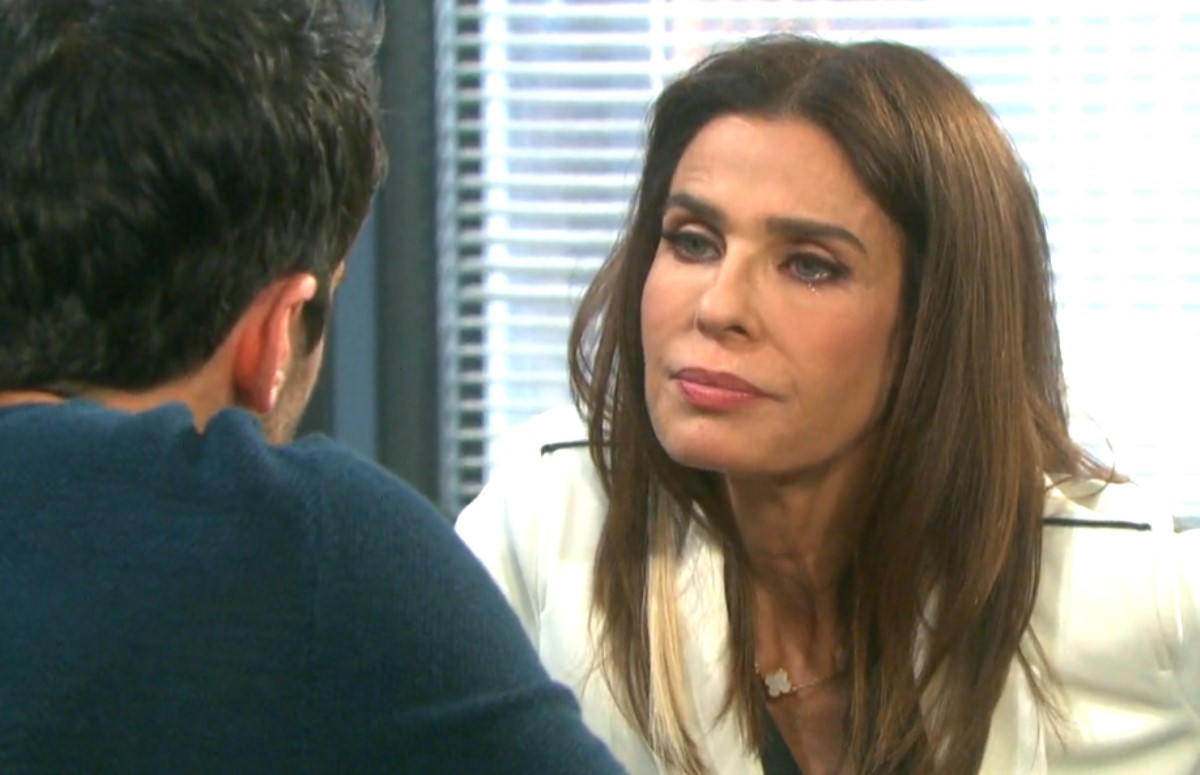 Days of Our Lives spoilers reveal Princess Gina (Kristian Alfonso) will continue to taunt not only Shawn Brady (Brandon Beemer), but Ciara Brady (Victoria Konefal) as well. The siblings want their mother back. However, Princess Gina continues to insist that Hope Brady is gone forever. But there has to be a way to get her back and Shawn’s not giving up until he accomplishes his goal.

DOOL spoilers reveal that Princess Gina has been captured and exposed. However, Shawn isn’t getting very far with her as far as how to get his mother back. As fans recall, Dr. Wilhelm Rolf (William Utay) transformed Hope into the princess. The art thief has been masquerading as Hope for a year now. It is shocking that nobody in Salem figured out the truth until Rafe Hernandez (Galen Gering) called in Shawn. But now everyone knows the truth. The only problem is getting rid of Princess Gina and getting back the real Hope.

DOOL Spoilers: Getting Back Hope Brady

It seems that there must be a way to reverse the transformation. However, Shawn has tried to get to his mother, who is somewhere inside the woman’s mind. So far, he has not succeeded. Even more interesting is the fact that Ciara never noticed that her mother was literally not herself. Of course, Beemer told Soap Opera Digest last week that it’s because Ciara was consumed with freeing Ben Weston (Robert Scott Wilson).

Days of Our Lives spoilers reveal Princess Gina will not only taunt Shawn, but she pushes Ciara’s buttons. She keeps claiming that they will never get their mother back, that she is gone forever. However, that simply isn’t possible. While they might not be able to do it on their own, perhaps they need Dr. Rolf to reverse the procedure.

Days of Our Lives Spoilers: Finding a Way

It is teased that next week, John Black (Drake Hogestyn) will apprehend Dr. Rolf. Once he hauls him in, could they make a deal with the mad scientist? Everyone wants Hope Brady back, as well as Steve “Patch” Johnson (Stephen Nichols). Plus, there is the complication of what the villains plan to do to Dr. Marlena Evans (Deidre Hall). Can they save the body-snatched Salemites? Fans will have to keep watching the NBC soap opera to find out what happens next.