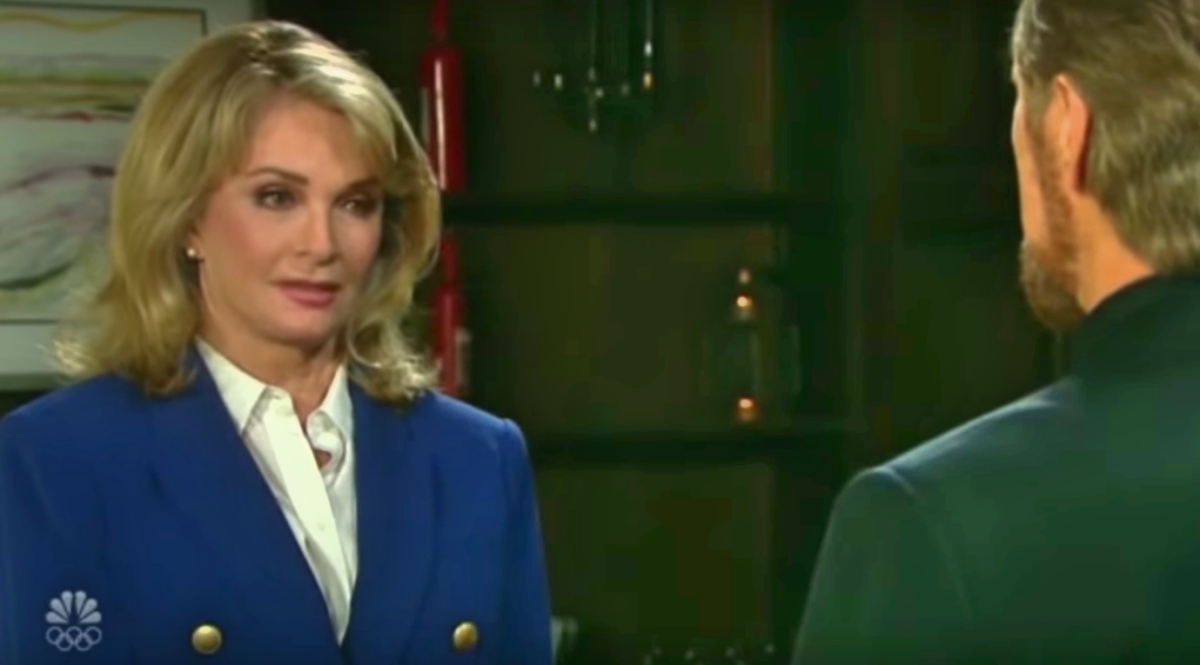 Days of Our Lives (DOOL) spoilers for Tuesday, March 10, tease that Marlena Evans (Deidre Hall) will awaken following Dr. Wilhelm Rolf’s (William Utay) twisted procedure. DOOL fans know Stefano DiMera aka Steve Johnson (Stephen Nichols) will hope the loyal doc pulled off his goal. He’s counting on Marlena to be submissive and more susceptible to his charms, so he’ll quickly put her to the test.

Stefano will try to form a connection with Marlena in Tuesday’s episode. He’ll do what he can to get through to Marlena, but he’ll run into a couple obstacles. There’s a good chance it’ll take a little time for Dr. Rolf’s procedure to truly change Marlena. Plus, Marlena will be facing an inner battle. She loves John Black (Drake Hogestyn), so she’ll do everything in her power to fight off Dr. Rolf’s transformation.

Days of Our Lives Spoilers: Justin Fears He Will Lose Kayla – Confides In Jack About His Worries

Meanwhile, Chad DiMera (Billy Flynn) will move forward with Stefano’s next lethal orders. He’ll be instructed to kill Kate Roberts (Lauren Koslow), so the brainwashing will spell more trouble. Days of Our Lives spoilers say Chad will remain under Stefano’s mind control, so he’ll want to please his father. That’ll lead to Chad picking up a letter opener and plotting to stab Kate at the DiMera mansion.

Days of Our Lives Spoilers: Is Wally Kurth Back On Contract With DOOL? https://t.co/h6n36Y717P pic.twitter.com/fB4BP77o6I

Over with John, he’ll make a desperate move in hopes of finding Marlena. Days of Our Lives spoilers say John will seek out Princess Gina Von Amberg aka Hope Brady (Kristian Alfonso). He’ll talk to Princess Gina about Stefano’s plans for Marlena and ask if she’d be willing to help find her. John may think Princess Gina will have some ideas about where Stefano might be hiding out.

Other Days spoilers say Justin Kiriakis (Wally Kurth) will have a lot on his mind. He found love again with Kayla Brady (Mary Beth Evans) after Adrienne Kiriakis (Judi Evans), but now he’s worried about losing Kayla that love. Kayla reassured Justin on Monday, but he’ll still be concerned on Tuesday.

As a result, Justin will decide to get a few things off his chest during a chat with Jack Deveraux (Matthew Ashford). He’ll open up about his difficult feelings and get some guidance in return, so stay tuned. We’ll give you updates as other Days news comes in. Stick with DOOL and don’t forget to check back often for the latest Days of Our Lives spoilers, updates and news.