Days of Our Lives Spoilers: Who Did Adrienne’s Organ Donation Save? Could the Soapy Twist Be Summer, the Real Killer? 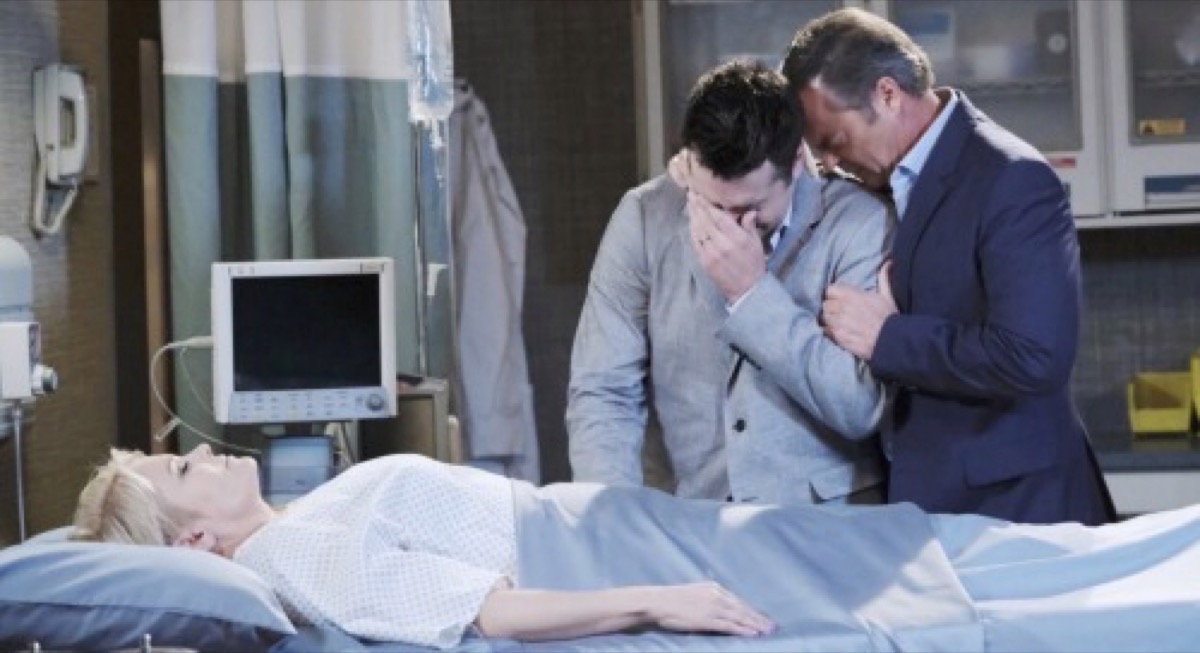 Days of Our Lives spoilers reveal when Adrienne Kiriakis (Judi Evans) died, her organs were donated. Head writer Ron Carlivati teased back in January 2020 that her death allowed someone else to live. But we never found out whose life she saved. Could the soapy twist be that Summer Townsend (Marie Wilson) received a new liver and it is possible that she is also the one truly responsible for Adrienne’s death?

DOOL spoilers reveal we are finally starting to get answers regarding what exactly happened the night that Adrienne died. However, the full story hasn’t been shown yet. There are still some questions, but hopefully, we will soon have the answers to those remaining questions.

It was previously teased that Adrienne’s death ended up saving another’s life. It was later revealed that Justin Kiriakis (Wally Kurth) agreed to donate Adrienne’s organs. This indicates that someone was able to continue living their lives due to receiving one of Adrienne’s organs. But that’s where that part of the storyline seemed to end. At least, for the time being.

Days of Our Lives Spoilers – Someone Saved — But Who Was Given the Gift of Life?

Days of Our Lives spoilers suggest that we will find out exactly who’s life was able to go on because of Adrienne’s death and organ donation. There is a theory that Maggie Horton Kiriakis (Suzanne Rogers) isn’t the one truly responsible for the car accident. That it is instead the fault of Summer Townsend (Marie Wilson).

There is also a theory that Summer is the one who was saved, that Adrienne’s liver was given to the troubled alcoholic. As fans recall, she blasted her birth mother and said it was her fault that she became an alcoholic. After all this time, Summer still can’t take responsibility for her own actions.

Days Of Our Lives Spoilers And Rumors: Ciara Brady Decides To Become A Cop?https://t.co/jGBWMDBUJ4

In January 2020, head writer Ron Carlivati said that there would be one more mystery to solve after fans think they have it all figured out. He suggested that it had to do with the car crash and Adrienne’s death. It seems there are still a few holes from that night and with soaps, anything can happen. What is your theory about this storyline? Do you think Summer is responsible for Adrienne’s death and is she the one that received one of Adrienne’s organs?