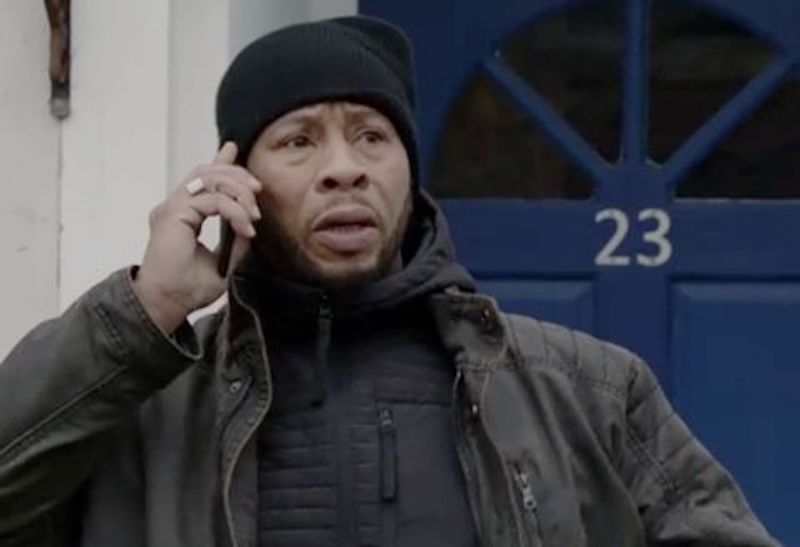 EastEnders Spoilers hint at Mitch Baker (Rodger Griffiths) finding out that Gray Atkins (Toby-Alexander Smith) is being abusive towards his daughter, Chantelle Atkins (Jessica Plummer). This will put Gray in hot water since the secret could put him a bad book with many of the people in the village and could harm his career. However, the truth is bond to come out and Mitch will probably not keep this secret.

Gray has been abusive towards Chantelle for a while but had seemed to stop. However, with the stress of work and the Whitley Dean (Shona McGarty) case, he has started to show signs of becoming violent again. This time he will not be able to keep it a secret that it kept behind close doors, instead someone will soon find out about the abuse and may expose it to the village or try to get rid of Gray.

The person that will be stumbling upon the abuse that Chantelle has been dealing with, will be Mitch. Mitch is Chantelle’s father and will find out that Gray has been abusive towards her. This could be from seeing it firsthand or noticing bruises on her. It would not be the first time that someone noticed bruises on Chantelle and realized that she may be getting abused. However, if her father sees it, he will want to confront Gray about the abuse. Spoilers say that Mitch may also offer Gray money, could this be money to leave town or for something else? Either way Gray will be offended by the offer of money and will decided to not take it. This will not be the only thing that Gray will have to worry about as spoilers say that he may be suspended after an outburst in the courtroom that may get out of hand. This will only add to his stress and may make him more violent.

What do you think about the storyline? Do you think that exploring this storyline may help others who may be going through the same thing? How do you think Mitch will react to the news of the abuse? Watch EastEnders from Monday and Friday at 8pm and Tuesday and Thursday at 7.30pm on BBC One to find out what happens next.