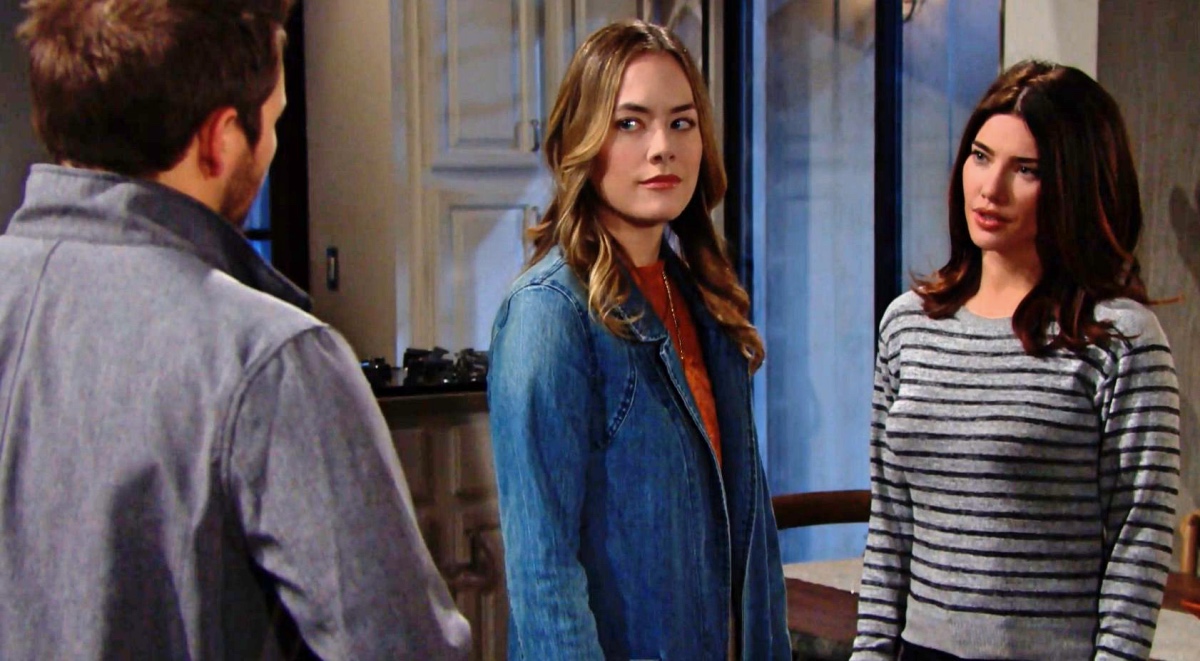 Liam Spencer (Scott Clifton) knows the truth on ‘The Bold and the Beautiful’. The kiss Steffy Forrester (Jacqueline MacInnes Wood) gave him didn’t happen on impulse, instead it was triggered.

Thomas Forrester (Matthew Atkinson) provoked his sister’s emotions, when alerting her to Hope Logan’s (Annika Noelle) imminent arrival at the cliff house. Steffy was caught at that time in the plot between wanting to restore ‘Steam’ and not breaking the trust she shared with Liam. But the kiss happened and she’s felt guilty about it ever since.

Liam’s desire to derail Thomas’ current plans have drastically intensified now that the context of that kiss has been explained.

The Bold and the Beautiful Spoilers: Darin Brooks Humorously Responds To Fan Tweet About His Similarity To Johnny Depp

This secret didn’t last all that long in real, or soapy time. B&B’s decision to forward the storyline allowed Steffy to make the right call, rather then stretch this portion of what is a long arc. She cares for Liam, but knows that he’s still in love with Hope.

Rather than play like Thomas, Steffy decided that Liam had to know what really happened. So she called him, saying that urgent news had to be shared. That was an accurate description of the information Steffy felt compelled to divulge.

Steffy’s reason for purging her soul is linked to the conversation she just had with Thomas. She confronted her brother about his ongoing obsession with Hope, while planning a rushed wedding to Zoe Buckingham (Kiara Barnes).

Once he sets his mind to something, Thomas assumes that he’ll get what he wants. How that happens is fluid and who he needs to use doesn’t really matter.

Thomas adapted since the vat plunge, while claiming to have reformed. That’s the slimy nature he’s been projecting.

Liam and now Steffy are clear-eyed about Thomas’ use of Douglas Forrester (Henry Joseph Samiri) as a weapon. His son has been the main manipulation tool since shortly after he and Douglas returned from New York, following Caroline Spencer’s (Linsey Godfrey) death.

Bold and the Beautiful Spoilers: Hope ‘Saddened’ When She Realizes Thomas Is Still Up To His Old Tricks https://t.co/WoNpRmdqjp pic.twitter.com/XX7eWpwPgA

Bold And The Beautiful Spoilers – Liam Spencer Fighting For Family

The polar opposite of Thomas’ maneuvers is Liam’s stance. He genuinely loves Hope, which is something Steffy reconfirmed. His presence at the cliff house these past months hasn’t sparked a ‘Steam’ renewal, as Steffy hoped.

Liam’s knowledge of Thomas’ successful scheme to break up ‘Lope’ creates a possibility. He, Steffy, and Hope will now be able to combine their efforts in an attempt to stop the intended ‘Thoe’ nuptials. Whether they can sustain their efforts and keep them shielded will prove compelling.

Fans recall the dual wedding dress sketches that Thomas created and discussed in the main Forrester Creations’ office. Well, that winks at what’s coming next.