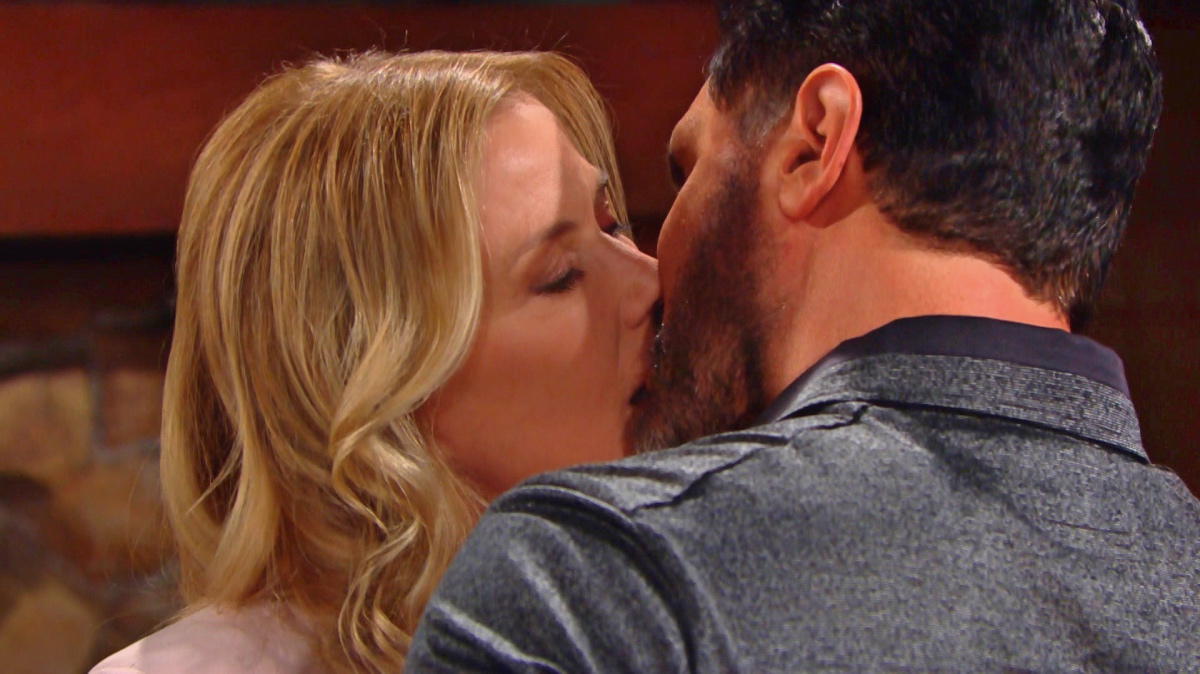 The Bold and the Beautiful spoilers for Tuesday, March 10, tease that Hope Logan (Annika Noelle) and Liam Spencer (Scott Clifton) will be caught up for a moment in their happy news. As B&B viewers know, Hope has just accepted Liam’s marriage proposal after he said that he wanted to be a family with her, Beth Spencer (River Davidson and Madeline Valdez), and Douglas Forrester (Henry Joseph Samiri).

On Tuesday’s episode of the Bold and the Beautiful, once Hope and Liam have shared some happy moments, they’ll regroup with Steffy and hatch a plan to make sure that Thomas gets exposed for being the manipulator that he is. Exactly what they plan to do remains to be seen, and it’s unclear whether B&B viewers will learn all of the details of the plan in advance.

However, B&B spoilers do indicate that something major will occur at Thomas and Zoe Buckingham’s (Kiara Barnes) wedding. Liam and Hope will each attend the wedding, and it appears that they’ll keep their engagement a secret for the time being and be ready to act in the moment as things unfold at the wedding.

The Bold and the Beautiful spoilers say that Douglas will end up getting upset and running out of the room during the wedding ceremony. Predictably, Hope will follow him, which is exactly what Thomas wants to have happen. As B&B viewers know, he’s coached Douglas to beg Hope to marry his Daddy, and he wants nothing more than for Hope to stop the wedding and say that she wants to marry Thomas.

So, will Hope and Liam plan for Hope to do what Thomas wants and stop the wedding? She could interrupt the ceremony – even going so far as to wear the wedding gown that Thomas designed for Hope For The Future – and declare that she wants to marry Thomas instead. That would certainly stop Thomas in his tracks!

We’ll see what Hope and Liam have in mind, but it’s likely that they’re planning to manipulate Thomas into “outing” his big plan at the wedding. And once Thomas turns his back on Zoe and says that he wants to marry Hope, they could turn the tables on him and say that he’s been exposed. We’ll see if this is what Hope, Liam, and Steffy plan on Tuesday’s episode.

Meanwhile, on Tuesday’s new episode of B&B, Bill Spencer (Don Diamont) and Brooke Forrester (Katherine Kelly Lang) will have a situation on their hands. As B&B viewers know, they were alone in Hope’s cabin when their conversation turned to being all about them and their past relationship. That led to the pair sharing a steamy kiss.

Bill and Brooke will probably be a bit startled by the whole thing for a moment, and then reality will set in. After all, Brooke is married to Ridge Forrester (Thorsten Kaye) and Bill is in a committed relationship with Katie Logan (Heather Tom). They won’t want to have to explain to either Katie or Ridge what’s just happened, so B&B spoilers say that they’ll decide to keep the kiss just between them.

The Bold and the Beautiful Spoilers: Steffy Tells Hope The Truth About Thomas https://t.co/4Oh4f9LBU9 pic.twitter.com/dpq5fXQjao

But, given that someone was outside the cabin and saw their kiss, it doesn’t look like things will be that easy. But who saw them, and what will they do with the information? Well, given that Thomas was shown in his room at the Forrester mansion while the kiss was happening, it couldn’t have been him.

It might have been Quinn Forrester (Rena Sofer) who saw the kiss transpire. And if that’s the case, then she’ll likely use that information to destroy Brooke’s relationship with Ridge. Quinn desperately wants ammunition against Brooke, and this would certainly qualify. Plus, she’d like Ridge to wind up with Shauna Fulton (Denise Richards), and this could be a way to make that happen.

It will be interesting to see who actually spied the kiss, but given that someone did see it, it doesn’t look like “Brill” will be able to keep their indiscretion quiet for long. It could be a difficult road for both Brooke and Bill once the kiss becomes public knowledge, with serious ramifications for each of their relationships.