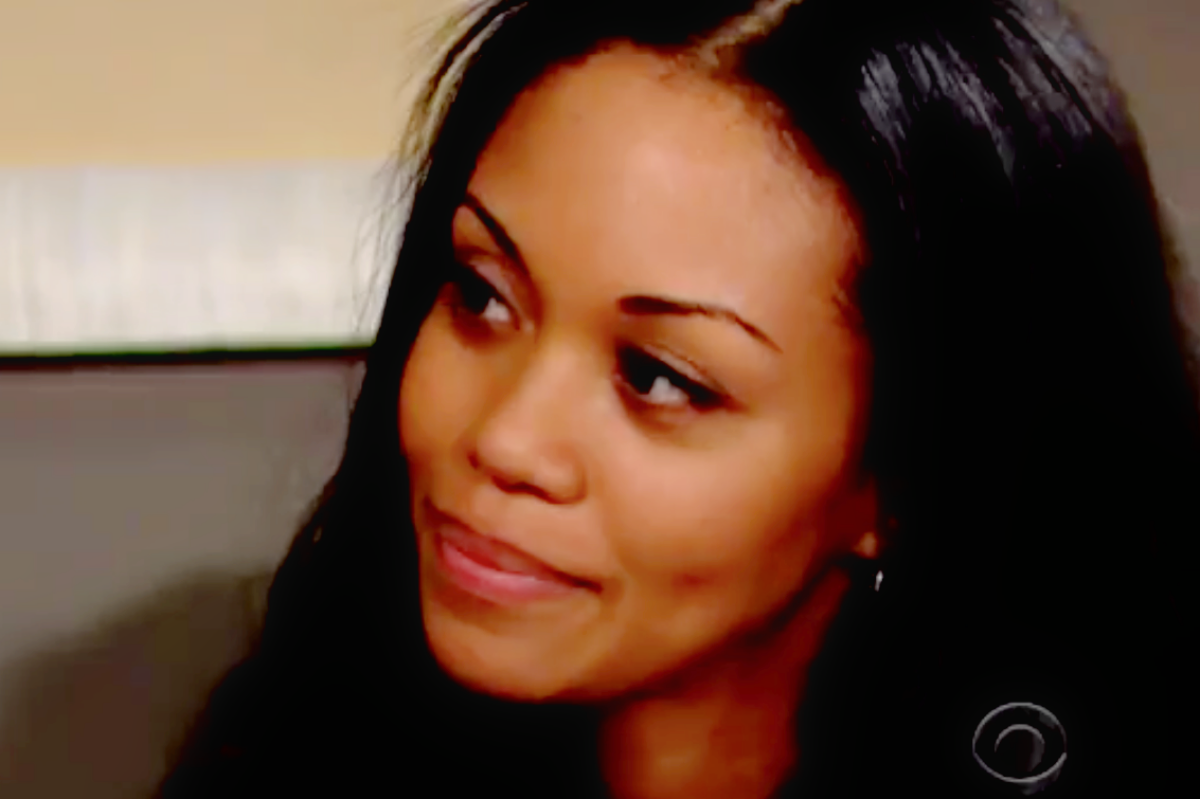 The Young and the Restless (Y&R) spoilers for Tuesday, March 10, tease that Devon Hamilton (Bryton James) and Elena Dawson (Brytni Sarpy) will talk about their clinic now being a real-life entity, when Jared (Michael Maclane) arrives and tells Elena that there’s an emergency and she needs to come with him.

Meanwhile, at Crimson Lights, Amanda Sinclair (Mishael Morgan) will talk with Nate Hastings (Sean Dominic). She’ll tell him that things have changed for her since Ripley Turner’s (Christian Keyes) arrest. She’ll agree that she finally got some good rest, and she’ll say that she’s headed to Ripley’s arraignment today.

The two will talk a bit about Ripley, then Nate will say that he’s looking forward to getting to know her better. They’ll talk about the new clinic, then Nate will get a text and say, “Oh no.”

‘The Young and the Restless’ (YR) Poll: Will Lola and Theo Marry?

Next on Y&R, at the Newman Ranch, Nikki Newman (Melody Thomas Scott) will tell Victoria Newman (Amelia Heinle) that Nick Newman (Joshua Morrow) will be taking the CEO spot at Newman Enterprises while she’s out. Billy Abbott (Jason Thompson) will then call, and Victoria will invite him over.

Later, when Billy is there, he’ll express his contrition about what she’s going through, and he’ll say that he wishes it was him. Victoria will say that she opened her heart to him and trusted him again, and this is where it led her. She’ll tell him that they’re finished, and that she won’t change her mind about that. She’ll note that he’s getting exactly what he wanted – a fresh start.

Next on Y&R, at Sharon Newman’s (Sharon Case) house, she’ll be concerned that her chemotherapy session will be cancelled due to her health. She’ll express all of this to Mariah Copeland (Camryn Grimes), and then Rey Rosales (Jordi Vilasuso) will arrive to take her to her session. Later, they’ll return, and Sharon’s blood count was too low to get chemo.

After Sharon takes a nap, she and Mariah will talk about Tessa Porter (Cait Fairbanks), who still won’t be answering her phone. Sharon will tell Mariah to go find Tessa and fight for her. She’ll worry that her cancer has kept Mariah from doing the right thing with Tessa. Mariah will say that she’ll be fine.

Next on Y&R, Devon and Elena will return to the clinic with Jared, who will be worried about his grandfather. They’ll let him know that Nate is waiting for his grandfather at the hospital, then they’ll head to Crimson Lights where Amanda will meet Jared. Jared will explain that he doesn’t attend school and that he was previously in the foster system.

Nate will arrive to take Jared to the hospital, and Amanda will announce that she wants to focus on helping people like Jared, and that she’s decided not to attend Ripley’s arraignment. Elena and Devon will be happy about the clinic already doing some good.

Meanwhile, at the Grand Phoenix, Rey will hear from Mariah that she left Sharon and that Sharon’s having a difficult time. He’ll call Nikki then Billy will arrive, and he and Rey will talk. The topic of Victoria will come up, and Rey will hear about how Billy and Victoria are through. Rey will relay that sometimes trauma victims lash out, and that perhaps Victoria is associating her pain and terror with him rather than with Ripley.

Nikki Newman Offers Sharon Newman A Shoulder To Cry On

Next on Y&R, Nikki will show up at Sharon’s house wanting to know why she’s pushing away the very people who care about her. Nikki will urge Sharon to confide her darkest fears, and Sharon will say that she’s afraid she may have to stop chemo altogether, and that she feels like she’s living in a constant state of terror. Nikki will tell Sharon to fight just like she’s always fought with her. They’ll hug.

Meanwhile, Mariah will go to see Kyle Abbott (Michael Mealor) at Jabot). He’ll assume she’s there to unload on him, but she’ll restrain herself. She’ll tell Kyle about all the things she’s dealing with, including Tessa, and he’ll agree that she should go to see Tessa and get things straightened out. He’ll feel that Tessa is the right woman for her.