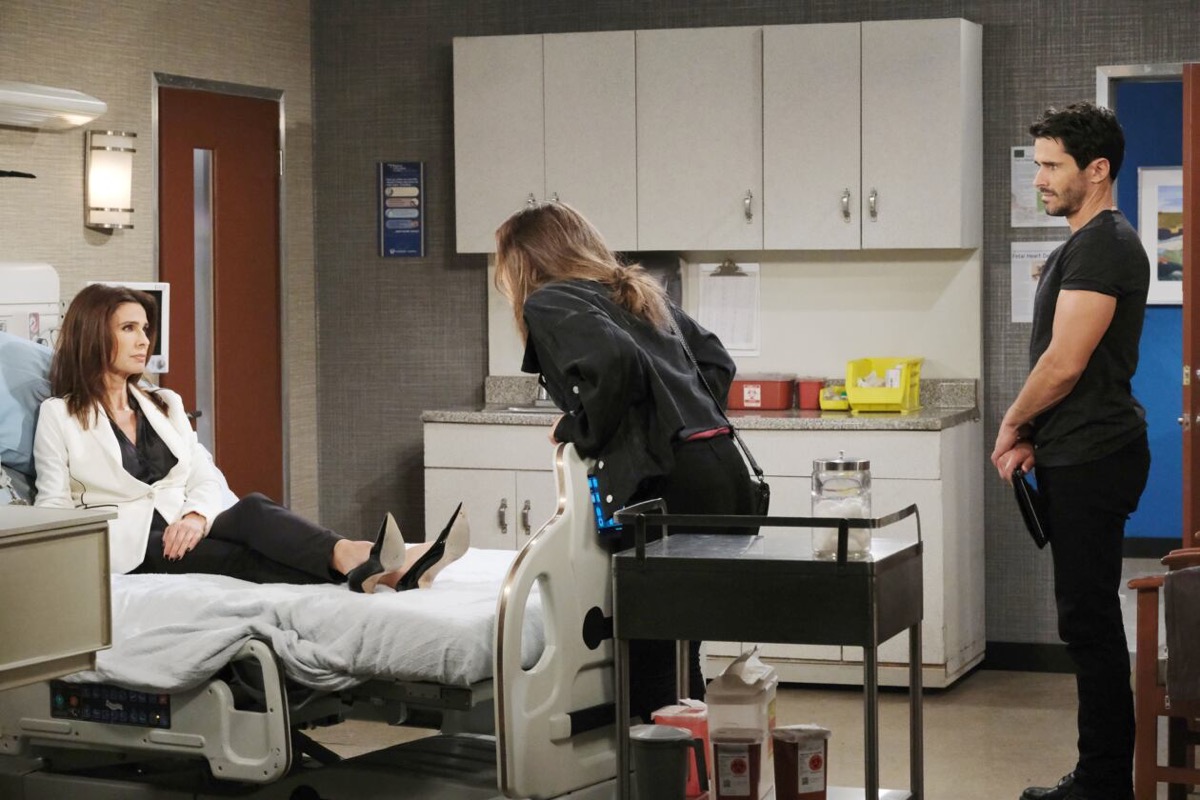 Days of Our Lives spoilers tease that Princess Gina Von Amberg aka Hope Brady (Kristian Alfonso) will taunt Hope’s son and daughter, Shawn Brady (Brandon Beemer) and Ciara Brady (Victoria Konefal) and warn them they will never get their mother back in an upcoming episode of Days of Our Lives!

Days Of Our Lives Spoilers: Hope Brady Has Been Princess Gina Von Amberg For Over A Year Now

Days of Our Lives viewers will recall that Hope Brady has been Princess Gina Von Amberg for over a year now, thanks to a computer chip being implanted in her brain by Dr. Wilhelm Rolf (William Utay). All viewers saw was him injecting something into her neck, which gave her quite a bit of pain for a while but apparently he went through her neck to implant it in her brain, possibly her cerebellum which is the closest part of the brain to the base of the neck.

In real life this would have affected her balance, not her thinking, but then this isn’t real life! She is currently in Salem University Hospital awaiting an MRI to see where the chip that is controlling her brain has been implanted, so that it can be removed and Hope will be back to herself again – however, until that is done, she will remain as Princess Gina!

DOOL Spoilers: Shawn Brady Stands By As Ciara Brady Tries To Get Through Princess Gina To Her Mother

Shawn has not only been visiting his mother, he has been guarding her in the hospital to make sure she doesn’t escape! This isn’t his first rodeo with Princess Gina – he remembers when she took over his mother before, and he was the one to figure out what was going on with her when Police Commissioner Rafe Hernandez (Galen Gering) called him for help! Ciara, however doesn’t know anything about Princess Gina – she hadn’t even been born the last time this happened, and Shawn was pretty young but not too young to remember!

Days Of Our Lives Spoilers: Marlena Works To Convince Roman To Give Hattie A Chance – Do They Have a Shot At Romance? https://t.co/tBFC5RAjFI pic.twitter.com/ss7BrXupdq

Ciara, like Kayla Brady (Mary Beth Evans) with Stefano DiMera (Stephen Nichols) in Steve Johnson’s body, tries to break through the Princess Gina persona to her mother Hope, but it doesn’t work. Shawn knows it probably won’t work either, but gives it a try also. On the off chance that this isn’t a chip this time but merely brainwashing, Shawn tries some techniques he is aware of to get through to brainwashed individuals, and Ciara, being Ciara, and frustrated starts shouting at her mother, and Princess Gina soon loses patience with the two of them and tells them both to quit wasting their time on a lost cause, and may even laugh at their efforts, telling them Hope is dead, and that she will never come back!

Princess Gina will continue to taunt Shawn and Ciara, and do so cruelly. Once that brain chip is found and removed, then Hope will have a family reunion ready and waiting for her though!