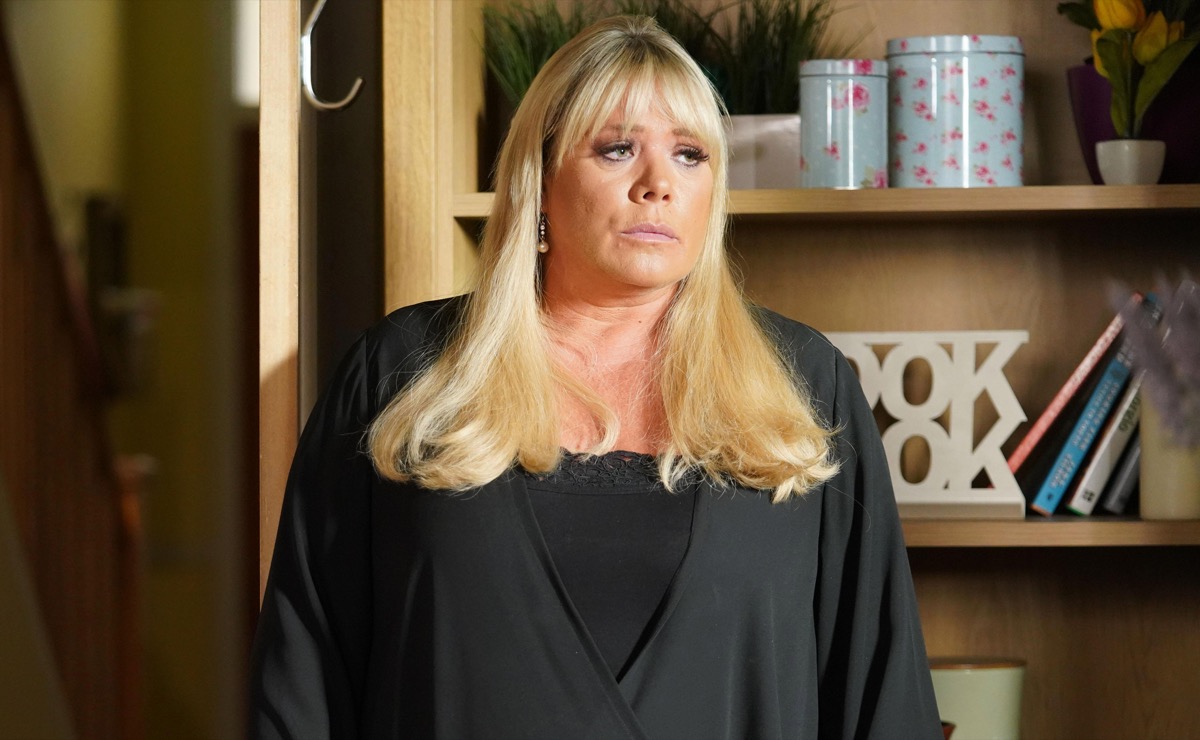 “EastEnders” spoilers hint that Sharon Mitchell (Letitia Dean) will continue to struggle to cope with the death of her son, Dennis Rickman (Bleu Landau). She’ll also find it hard to look after baby Kayden. In the week of March 16, the grieving mother will make a heartbreaking decision. What will her decision be and how will it affect her friends and family?

Viewers may recall that Dennis died in an accident during the show’s anniversary special boat party on the Thames. Since the tragic incident, Sharon has constantly blamed herself for her son’s demise.

Walford residents were partying hard on a boat as they celebrated The Queen Vic’s award win. But Ian Beale (Adam Woodyatt) had another thing in mind. He took the event as an opportunity to teach Dennis a lesson for starting an online hate campaign against Bobby Beale (Clay Milner Russell).

In the campaign, Bobby was referred to as a “race traitor” and got called out for converting to Islam. Because of that, he was bullied and beaten by thugs, who almost left him for dead. Bobby was rushed to the hospital and had to go through emergency surgery because of the serious injuries he sustained.

During the accident, Sharon went on labor and didn’t have any idea what caused Dennis’ death. She’s left none the wiser that her friend Ian played a huge role in her son’s untimely passing.

Ian may have locked Dennis in a room on the boat as revenge for what he did to Bobby but there were other factors that contributed to his death. When tragedy struck, Ian tried to rescue Dennis. He freed him out of the room and brought him out of the water. However, the kid already drowned and die and can no longer be revived.

Viewers may recall that Sharon attempted to take her own life. Fortunately, Ian found her just in time before she committed suicide. He told her she can’t die and must continue to be strong for her new son. However, Sharon confessed that she didn’t want baby Kayden but she wanted Dennis back.

When will Sharon discover Ian’s secret? What will her reaction be? Will she ever cope and recover from the death of her son? Keep watching EastEnders on the BBC