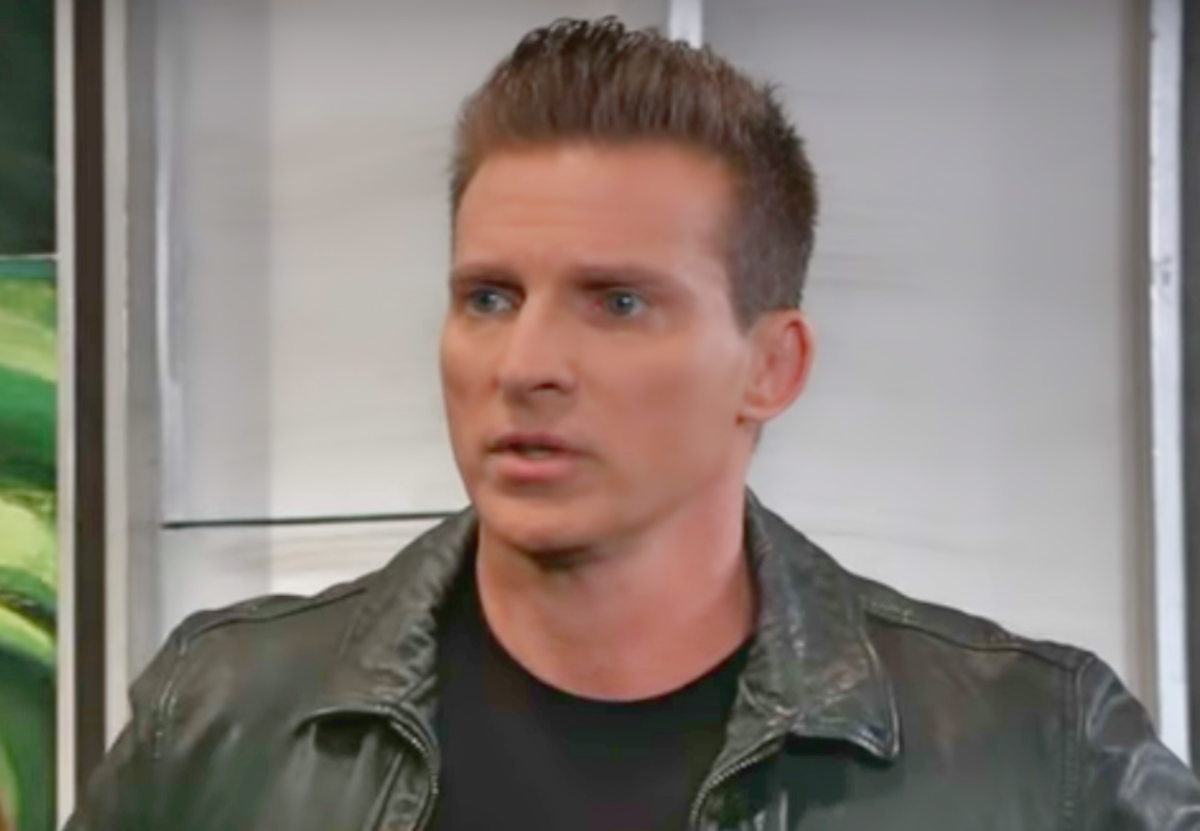 General Hospital (GH) spoilers reveal that once again, Jason Morgan (Steve Burton) is trying to get Anna Devane (Finola Hughes) to see the light when it comes to Peter August (Wes Ramsey). As GH viewers may remember, Jason has a history of attempting to prove to Anna that Peter is a lying, scheming criminal.

In fact, because Peter framed Sam McCall (Kelly Monaco) for the murder of Shiloh (Coby Ryan McLaughlin), Jason confronted Anna in past episodes about her relationship with her newfound “son.” He was frantic to get Sam out of Pentonville.

GH Spoilers: Jason Morgan Is Trying To Get Anna Devane To See The Light

At least to a small degree back then, Anna listened to him. Oh how things have changed!

GH fans may be asking themselves how much more evidence Anna needs before she wakes up. For example, in past episodes Anna overheard Peter having shady conversations and then promptly ignored the implications entirely! Now, Jason believes that Anna needs to stop living in a world of denial and many who watch GH agree.

This is especially true considering the fact that with a background in the intelligence community (Anna used to be a spy) she ought to be able to discern fact from fiction better than the average person. Moreover, when presented with evidence she really ought to qualify it instead of taking it all on faith (as she has done with evidence Peter has given her).

Regardless, GH viewers may have to put up with more frustration when it comes to Anna’s behavior. This is because Damian Spinelli (Bradford Anderson) met up with Jason at the Metro court. There, he gave this GH hitman the scoop on the details of Peter’s scheme to frame Dr. Liesl Obrecht (Kathleen Gati) for his own misdeeds. Afterward, Jason decided to speak with Anna in yet another effort to try and stop her from trusting Peter.

General Hospital Spoilers: JaSam Grows Distant – Jason Morgan Gets Back To His Rootshttps://t.co/BKxlJuNZ4x

Jason tries to remind her that Dr. Obrecht’s entire life is wrapped up in Maxi Jones (Kirsten Storms) and James West (Owen and Curtis Rufca). Why would she possibly endanger her relationships with them? In the end, Jason doesn’t believe it’s possible that Obrecht is guilty and he urges Anna to come to her senses.

This doesn’t go over well, however, and Anna becomes defensive. In fact, she threatens Jason and warns him against doing anything to Peter. When the truth eventually comes out, at best Anna will have a lot of apologizing to do. Because she’s ignoring the advice of Jason and practically everyone else, she may lose her job. Worse, she may even go to prison herself if Peter is able to put the blame on Anna for the false evidence against Obrecht!

At this point one can only hope that someone or something snaps Anna out of her myopia. Unfortunately, Jason certainly wasn’t able to.