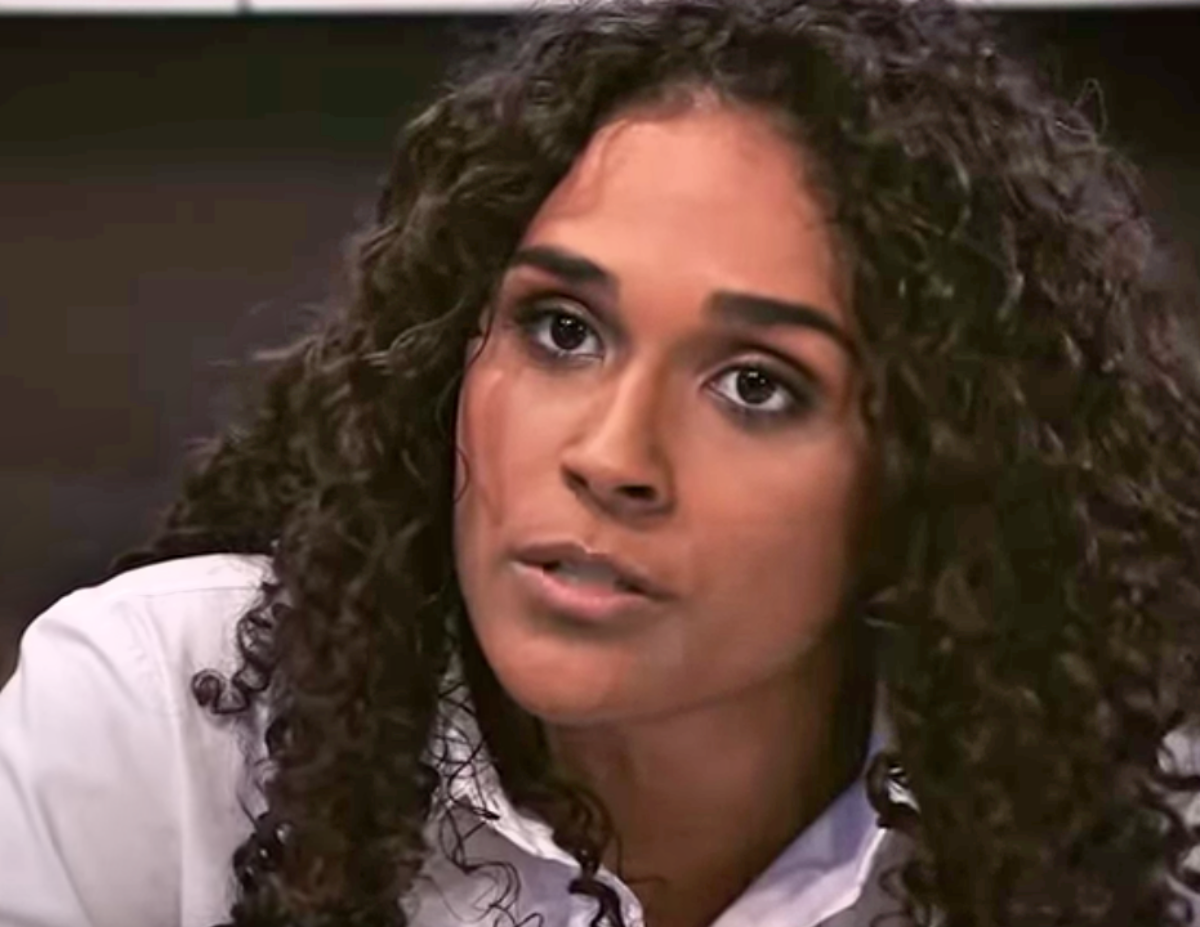 General Hospital (GH) spoilers hint that Jordan Ashford (Briana Nicole Henry) has put her pride in front of the safety of Port Charles. She will refuse to work with Sonny Corinthos (Maurice Benard) and Jason Morgan (Steve Burton). This may have negative affects since Cyrus Renault (Jeff Kober) will continue to target her aa well as Sonny.

Cyrus has been messing with Sonny and Jordan ever since he came into town and now that he has killed off three out of four of the people that placed him in prison, he will be going after Jordan next. Curtis Ashford (Donnell Turner) showed his concern for Jordan by bringing her to Sonny for help. Of course, Jordan was not happy about that and told Sonny that she would never work with him. Curtis tried to convince her but was unsuccessful of doing so and she left as quickly as she came. However, working with Sonny may be the best option that she has due to her past actions that led to Cyrus ending up in prison.

As viewers know, Jordan and her team used illegal ways in order to put Cyrus behind bars. So, if she tries to deal with Cyrus through the justice system, she will end up in jail and her cases will be reopened as well at the criminals that she put away may be let out of prison. This is why she decided not to turn herself in, when Curtis brought up how useless it would be. However, that means that she may not be able to go the legal route when trying to deal with Cyrus. She could get her hands less dirty by working with Sonny. Not to mention, that they both have things to lose if Cyrus is not dealt with in the appropriate manner and they both have resources that the other may not have that could contribute to keeping Port Charles safe.

What do you think? Is Jordan putting her pride in the way of keeping Port Charles safe? Do you think she made the right decision? We’ll give you updates as GH news comes in. Stick with the ABC soap, and don’t forget to check Hollywood Hiccups often for the latest General Hospital spoilers, updates, and news.