The Bold and the Beautiful Spoilers: Zoe Urges Thomas To Continue With Marriage Ceremony Despite Huge Meltdown 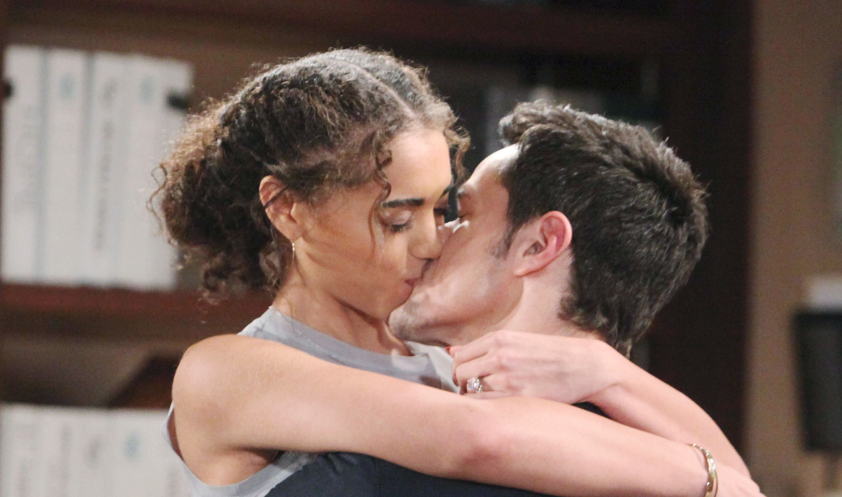 The Bold and the Beautiful spoilers reveal Douglas Forrester (Henry Joseph Samiri) will have a complete meltdown during his father’s wedding ceremony. As expected, Hope Logan (Annika Noelle) will chase after the little boy. Thomas Forrester (Matthew Atkinson) wants to go after his son, but Zoe Buckingham (Kiara Barnes) urges him to finish marrying her first. Could she have her own agenda?

B&B spoilers reveal Douglas ends up having a major meltdown during Thomas and Zoe’s wedding. Of course, fans expected this because it’s what the villain has been grooming his son to do all along. He already knew it would happen because of how upset Douglas was that he could lose “mommy Hope.” But, this is only the beginning of the drama.

It is teased that Hope cares about Douglas’ well-being. She is shocked Thomas is moving the wedding up so fast, despite how upset the little boy is about it. When Douglas is upset, Hope is upset and vice versa. It seems they feed off of each other’s emotions and react accordingly. With that being said, she does genuinely love the child like he were her own. So, when he runs off during the wedding, Hope naturally chases after him to make sure he is okay.

The Bold and the Beautiful spoilers reveal Thomas almost goes after his son, but the bride stops him. She is determined not to allow anything to stop the ceremony. This has fans wondering if Thomas isn’t the only one with a secret agenda. Could she have her own selfish reasons for wanting the wedding to go on, no matter how upset Thomas’ son is about it?

The Bold and the Beautiful Spoilers: Dual Agendas?

It is speculated that while Thomas’ goal is to have Hope stop the wedding, Zoe wants to make sure it goes on. There is no way she is risking being homeless and penniless ever again. She knows by marrying Thomas and not having a prenuptial agreement, she could end up being a very wealthy woman.

What do you think is really going on in Zoe’s mind? Is she not as naive and innocent as people believe? Keep watching the CBS soap opera to see how this storyline develops.

Be sure to catch up on everything happening with B&B right now. Come back here often for The Bold and the Beautiful spoilers, news, and rumors!