The Young and the Restless Spoilers: Abby Impersonates Phyllis To Steal Recordings – Save Chance 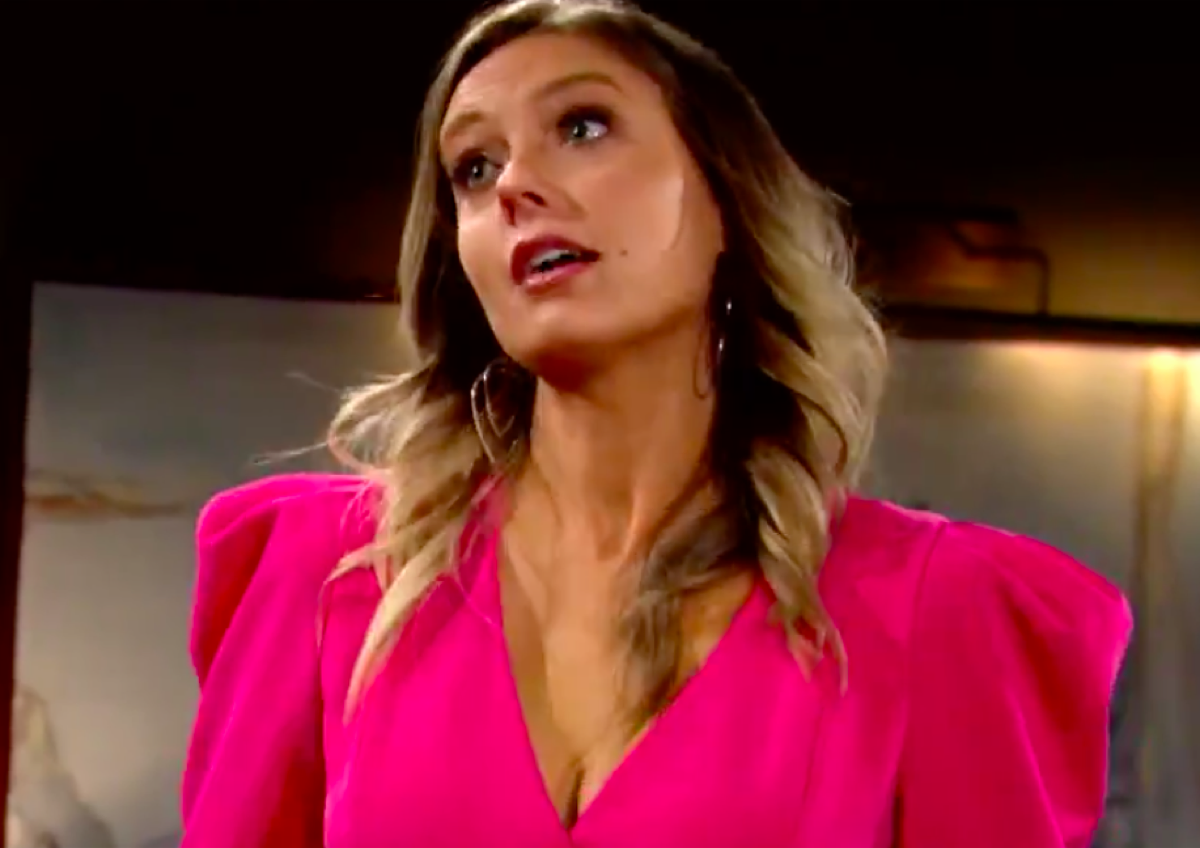 Chance and Abby scheme to retrieve the recordings from Phyllis’ safety deposit box, which is where they figure out they must be, after retrieving a flash drive from her room, but there was nothing on the laptop, which Abby poured water into!

The Young and the Restless Spoilers: Abby And Chance’s Romance Heats Up – Will This Get Serious?

These are the recordings of Adam and Chance’s conversations about what went down in Las Vegas, which included a body, and that Phyllis had illegally obtained by paying off a waitress to place a bug on their table. Apparently there was nothing on the flash drive either, because now they come up with a scheme to get her safety deposit box from her bank! They have realized that they will need to beat Phyllis at her own game, and decide that “bending” the law might help them to accomplish their goal!

In Chance’s hotel suite, Abby emerges from the bathroom, where she changed into her disguise. She wears a dress exactly like one of Phyllis’, and is wearing a red wig in Phyllis’ hairstyle. Chance has procured a fake passport for Abby with Phyllis’ information on it.

Abby enjoys playing spy, and has no problems with participating in the ruse, especially if it means she gets revenge against Phyllis in the process! Phyllis unexpectedly shows up so Abby ducks back into the bathroom, but that doesn’t keep her from hurling insults at Abby through the locked door! Abby is about ready to explode!

Once Phyllis Summers Is Gone, Chance And Abby Begin Working Their Plan

Once Phyllis is gone, Chance and Abby begin working their plan; they will go to the bank where Phyllis does her business, after Chance determines that she does have a safety deposit box there. Abby and Chance hope that Phyllis isn’t friendly with the bank personnel to the point that they would immediately recognize that the red-headed woman with Phyllis’ name and other identifying information on her passport isn’t really Phyllis, and someone is impersonating her!

Of course, it could even be worse if someone among the bank personnel knows both Phyllis and Abby, and recognizes Abby’s face! Chance, of course will stay close to Abby as she proceeds to seek assistance from a teller, saying that she needs to get to her safety deposit box and shows the passport as ID.

At that point, if she is successful, then Chance will follow along, and perhaps the story will be that she has to get something out of it that belongs to him. Chance will likely pick the lock of the box and then they will retrieve the recordings of himself and Adam that Phyllis had recorded without his and Adam’s knowledge – if indeed, they are in her safety deposit box!