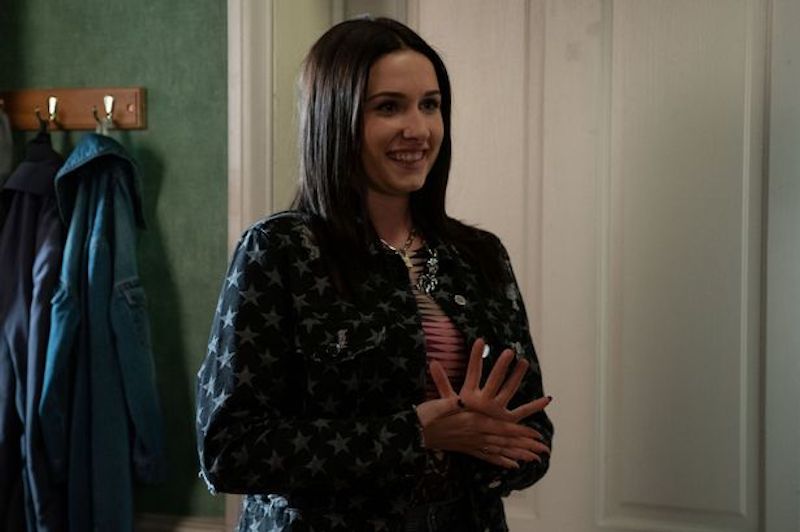 EastEnders spoilers hint at Dotty Cotton (Milly Zero) trying to get ownership of the Arches. Arches has information that she can use over Ian Beale (Adam Woodyatt) and she plans to use it to get Arches, however can Ian make this happen for Dotty?

Ian is hiding something from Sharon Mitchell (Letitia Dean) involving the death of her son and he is determined to keep it under wraps. However, Dotty has figured that there was more to the story and confronted him about it. As viewers know, Ian locked Denny Mitchell (Bleu Landau) in a room on the boat and when tragedy struck, he tried to let him out of the room. He was able to get him out of the room but was not able to save him from passing away that day. He was seen as the hero who tried to save Denny but in reality, his plot for revenge ended up being the reason why Denny died.

The Handmaid's Tale Season 4 To Be Directed By Star Elisabeth Moss https://t.co/LCIUOq1htO #HandmaidensTale

Afterward, Ian felt guilty about the incident but continued to keep it a secret. Dotty, however, had her suspicions as she had seen him arguing with Denny during while on the boat. She voiced her suspicions to Peter Beale (Dayle Hudson) who decided to confront his father but was persuaded into thinking that Dotty was wrong about the whole situation. When Dotty confronted Ian herself, Ian told her that no one would believe her over him. However, what he did not expect was for her to receive the evidence she needed to bring him down. This came in the form of a voice message sent to Dotty by Denny. In order for her not to expose the truth to everyone in the village, Dotty wants Ian to give her the Arches.

However, Ian does not own the Arches and will have to find a way to get the place from Ben Mitchell (Max Bowden) and give it to Dotty. This may not be easy for him to do since Ben is going through his own personal problems and the last thing, he will be thinking about would be the arches. However, this might serve as a benefit to Ian.

What do you think? Will Ian be able to get the Arches for Dotty? Will Dotty keep Ian’s secret? Watch EastEnders from Monday and Friday at 8pm and Tuesday and Thursday at 7.30pm on BBC One to find out what happens next.