EastEnders Spoilers: Suki’s Lies Exposed- Will She Change Or Continue To Blame Others? 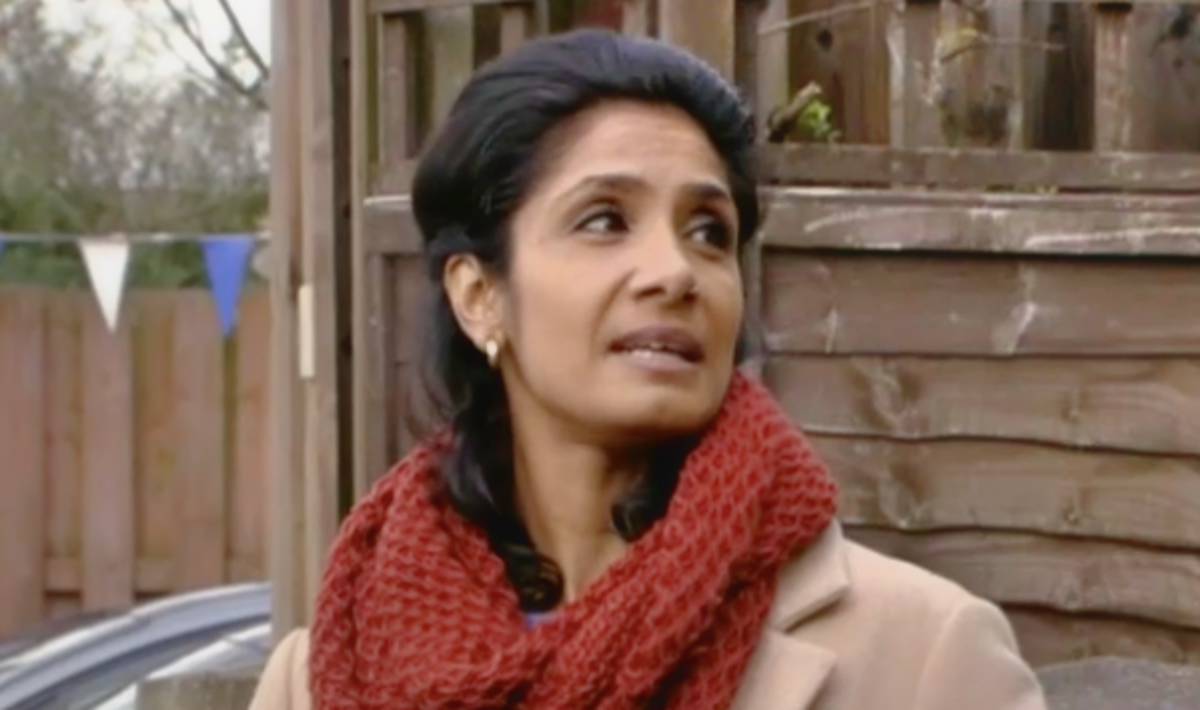 EastEnders Spoilers tease at Suki Panesar (Balvinder Sopal) being exposed and her not taking responsibility for her actions. Suki’s lies are out, and she will have to face the music. However, will she learn from her mistakes or will she continue to place the blame on others?

Jean Slater (Gillian Wright) has confronted Suki, face to face, about the lies that that she has been telling the entire village. After the party that was thrown for the cancer patients, Jean was left upset from Suki throwing her words back in her face. That and the push from Shirley Carter (Linda Henry), gave Jean the strength to stand up to Suki and tell her that she knows the truth about her faking cancer.

At first, she faced backlash from the family but after Suki and her family went home, Suki was forced to tell the truth. Instead of accepting that she was wrong, she played the victim saying that she was doing what was right in order to bring the family together. Some of the family saw through the act while others forgave her. However, the village turned against her.

EastEnders Spoilers- Suki has not learned

When she was forced to go and apologize to Jean, she decided to give a weak apologize to her. Which in turned upset Jean and showed that Suki has not learned anything from her lies. However, afterward, Ash Panesar (Gurlaine Kaur Garcha) told her that she would not forgive her for her actions. In the end, Suki has not learned from her lies and will continue to go down the same path.

As it seems that she will continue to justify her actions by saying that it was for the family but instead it was for her own personal gain. As has shown that she only wants the family to be what she wants it to be rather than support the decisions that they make. Either way, she will have a hard time gaining the respect of the people of the village since her lie was so big and she shows no remorse for her actions.

What do you think? Will Suki change her way? Will she be able to get her family back? Watch EastEnders from Monday and Friday at 8pm and Tuesday and Thursday at 7.30pm on BBC One to find out what happens next.