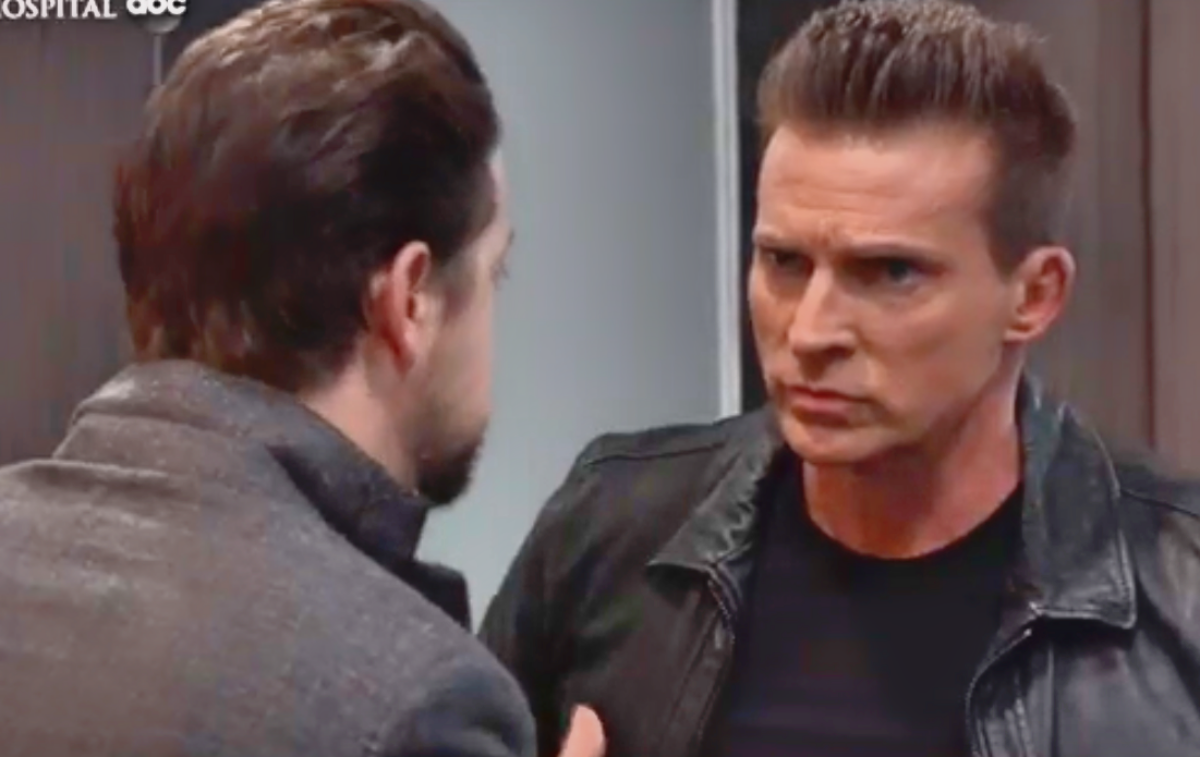 General Hospital (GH) spoilers suggest that it could be possible for Jason Morgan (Steve Burton), Damian Spinelli (Bradford Anderson), and Dr. Liesl Obrecht (Kathleen Gati) to team up in order to take down the evil Peter August (Wes Ramsey). As GH viewers who have been watching over the past few months know, all three of these GH characters have something against Peter.

Long-time fans will remember that Peter (then known as Henrik) was involved in a plot concocted by his father, Cesar Faison (Anders Hove). In the scheme that became known as the “Patient 6” plot, Jason’s twin, Drew Cain (Billy Miller), replaced him. The switch was made after Jason sustained a serious head injury that caused extensive brain damage. Peter’s conspiracy took away five years of Jason’s life and the mafia hitman has never forgiven him for that loss.

GH Spoilers: Jason Morgan, Damian Spinelli, And Dr. Liesl Obrecht To Team Up In Order To Take Down The Evil Peter August

Damian Spinelli may be losing his long-time love and ex-fiancé to Peter’s deceptive advances. Although Spinelli knows the truth about Peter’s successful attempt to frame Dr. Liesl Obrecht (among other crimes Peter has committed) Maxie Jones (Kirsten Storms) doesn’t seem inclined to believe him. With circumstances shoving a hard pill to swallow down Spinelli’s throat, Peter has become the geeky hacker’s arch nemesis.

GH fans may agree, however, that Dr. Liesl Obrecht might just hate Peter more than anyone else may. Like Spinelli, she loves Maxie and despises Peter’s influence in her life. Then, he actually framed her. However, that pales in comparison to the fact that Peter is the son of Faison and Anna Devane (Finola Hughes).

As many will remember, Obrecht hates Anna above all other women because Faison spurned her for Anna’s love. That hatred naturally filtered down to Faison’s son with Anna because he is a constant reminder of unrequited love. That animosity has come out against Peter repeatedly. For example, viewers might remember that Obrecht proved her distaste for Peter when she held him hostage in a cabin for months!

Although Peter may have attempted to clean up his act and leave his evil past as Henrik behind, he’s apparently backslidden. With all the plots he’s been a part of, and all the actions he’s taken to hide his involvement (including hiring hitmen, killing hitmen, and crashing Drew’s plane to Afghanistan) viewers may agree that enough is enough.

The questions then become, will it be possible for Obrecht to clear her name? Will Jason and Spinelli help her to do so? If they discover the massive common ground they share, will they work together to take revenge and end Peter’s devious influence on Maxie and others?