General Hospital Spoilers: Will Maxie Start To Doubt Peter? Will She Uncover Proof? 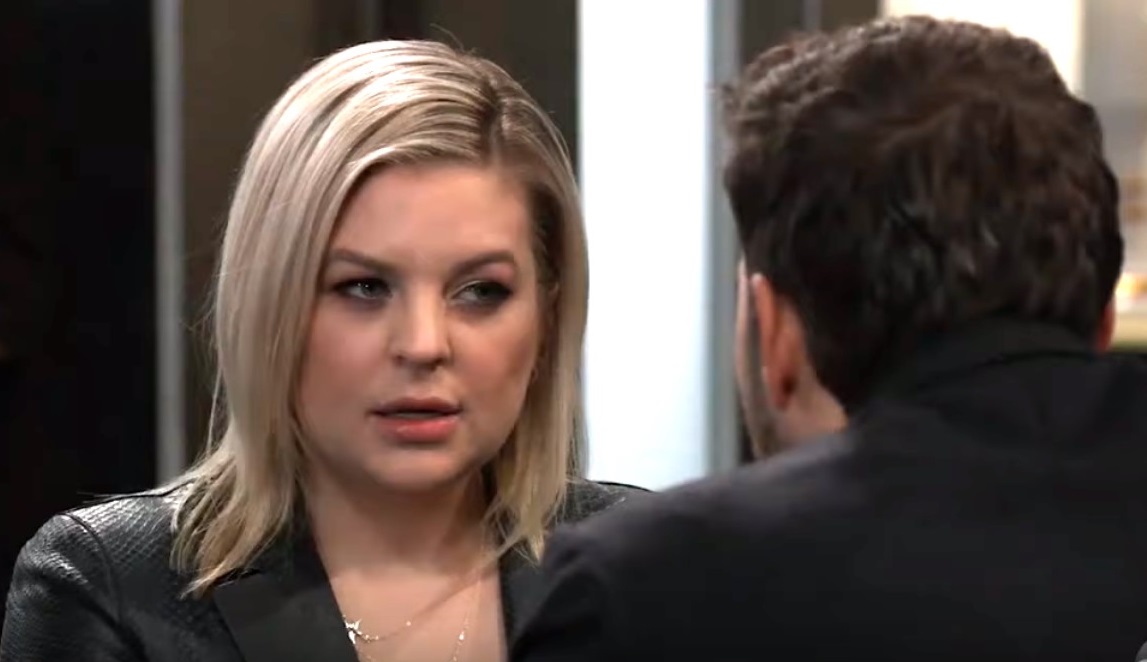 General Hospital (GH) spoilers tease that Maxie Jones (Kirsten Storms) just suffered a terrible loss. She has gotten very close to Leisl O’Brecht (Kathleen Gati) and thanks to her boyfriend, Peter August (Wes Ramsey) framing her for his own crimes, Maxie believes that Leisl is responsible for murdering Drew Cain (Billy Miller) as well as the attempted murders of Andre Maddox (Anthony Montgomery) and Franco Baldwin (Roger Howarth)!

General Hospital Spoilers -Maxie Jones Is Smart Underneath Her Façade

But despite the somewhat ditzy persona that Maxie projects herself to be, she is very smart and capable. She’s basically running the business side of Crimson magazine even though she doesn’t hold the editor-in-chief position. It shouldn’t be much longer before Maxie sees what’s been right in front of her for quite a while.

He ex, Damian Spinelli (Bradford Anderson), has been trying to convince Maxie of Peter’s guilt for quite a while, but Maxie is also stubborn and refuses to hear it. But once she takes the time to look at everything, Maxie should begin to realize that something is not quite right.

Leisl wasn’t involved in the original memory mapping. That was Helena Cassadine (Constance Towers) and… Peter. Despite the evidence that Peter has had faked, Leisl had no loose ends to tie up. She was really trying to start a new life and being a part Maxie and little James’ lives were more important to her than anything else. She has also made strides in her relationship with her niece, Nina Reeves (Cynthia Watros). If Maxie takes a good, hard look at the facts, she should begin to uncover the truth.

Maxie and Peter live together now, at some point very soon, Maxie should find some sort of proof that Peter isn’t as innocent as he proclaims. And although it will difficult for her, she will likely go to Spinelli and admit she was wrong. Once she knows the truth, Maxie will want to make sure that Peter and his lies can’t hurt anyone else. She might even have to pretend that nothing has changed while searching for concrete evidence of Peter’s guilt.

Will Maxie finally realize that Peter is guilty? Will Dr. O’Brecht go free? Will Maxie team up with Spinelli by pretending nothing has changed so they can get the proof they need? Only time will tell, so stay tuned to General Hospital airing weekdays on ABC. And don’t forget to check back here regularly for all your General Hospital news, information and spoilers!