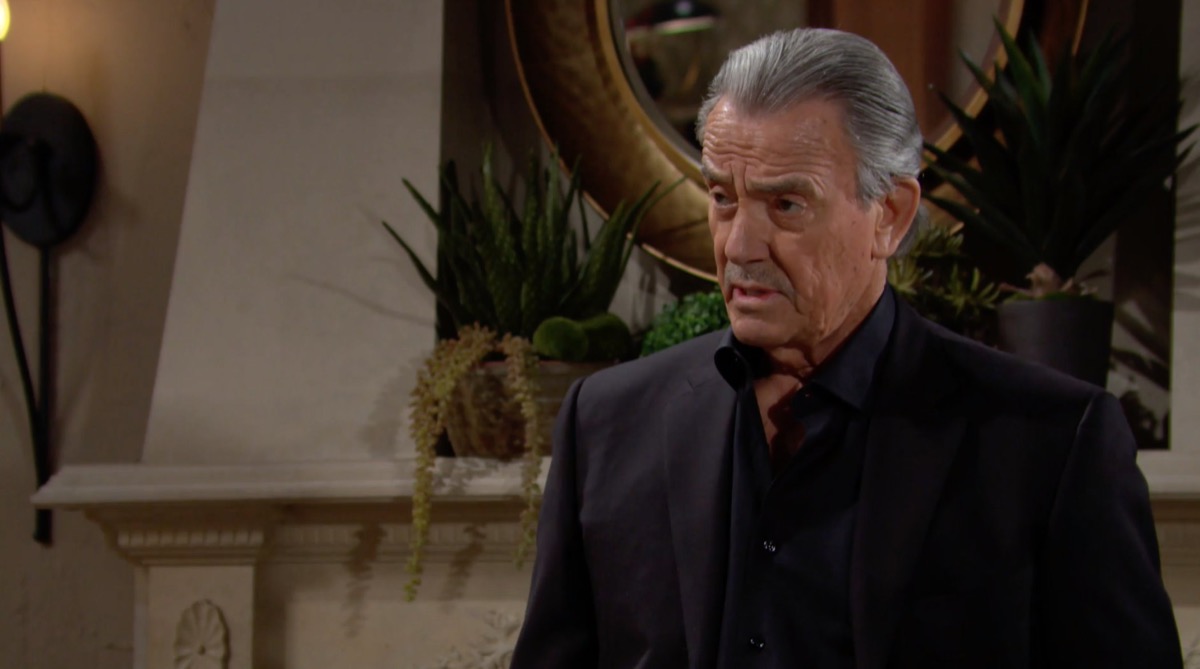 Adam can’t be cited as the only villain in this pairing. He likely deserves three-quarter’s credit for much of the strife that’s occurred between this father and son since the recast to Grossman allowed Adam’s latest resurrection.

Newman Enterprises was in Vickie Newman’s (Amelia Heinle) hands when the unthinkable happened. Mistakenly stabbed by Ripley Turner (Christian Keyes), Vickie’s life was saved by Nate Hastings (Sean Dominic) in Genoa City Memorial Hospital’s Emergency Room. An alternative Newman-blood replacement is needed but since she needs time to recover and Victor’s rare blood disease prevents him from taking over full-time.

The Young and the Restless Spoilers: Adam Considering His Options – Fight With Victor Unpredictable

Young And The Restless Spoilers – Nick Newman Says No

Nick was Victor’s first choice. But his first-born son never felt he fit into the family corporate structure, again telling his dad that he wouldn’t be able to handle what would be a temporary task.

Victor believed his only option was Adam, with Abby Newman (Melissa Ordway) seemingly being not considered. That was fine with Victor’s second-born son, as he’s been looking to get back in the game, while also renewing ties with his father.

The reunion of Chadam has gone a long way toward helping Adam see life clearly. Chelsea Lawson’s (Melissa Claire Egan) realization that she loved Adam allowed her to end Chick with a clear conscience. She and Nick have remained friends, which enabled a conflict-free revival of a relationship with Adam.

For his part, Adam never intended to leave Chelsea. He was nearly killed when Chloe Mitchell (Elizabeth Hendrickson) tried to blow up a cabin in September 2016. His resulting memory loss nearly cost him three years with his wife and their son, Connor Newman (Judah Mackey).

With the love of his love and son back at the penthouse, Adam is now trying to regain his father’s respect. Filling in for Vickie during this time of family crisis provides the opportunity both Adam and Victor have been awaiting.

Young And The Restless Spoilers – Once That Door Is Open

It would seem hard to imagine that all will go smoothly, assuming Adam is allowed to take the reigns and then does so. Vickie’s reaction to her detested brother sitting in her seat, which is in the shadow of their father’s iconic oil-based portrait, is sure to be expressive.

Anything becomes possible once Victor opens the door to Adam. Whatever amount of time Adam actually sits in his sister’s chair would seem almost certain to be followed by some other type of work that Victor assigns him. The chance for drama between the siblings would seem to rich to go unexplored, with Victor also believing that such rivalry represents positive competition.