Days of Our Lives Spoilers: Chad Does Stefano’s Bidding – Kate Knocked Out, Gabi Kill Comes Next 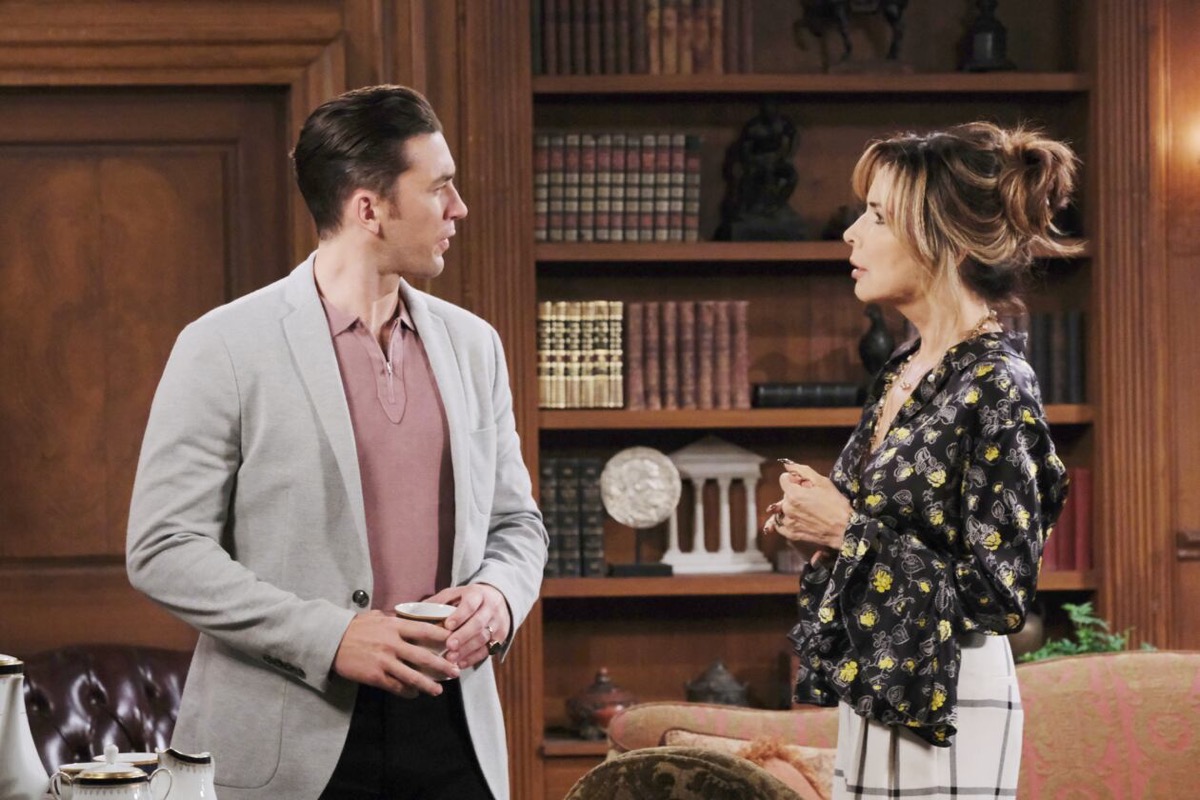 Days of Our Lives spoilers reveal Chad DiMera (Billy Flynn) continues to try and carry out his father’s deadly demands. He almost succeeds in killing Kate Roberts (Lauren Koslow) by smashing an object over her head. However, the character survives. Will he also go back and try to finish eliminating Gabi Hernandez (Camila Banus)? How will this storyline end and will there be any fatalities?

DOOL spoilers reveal Stefano has several missions in mind. One is, of course, making Dr. Marlena Evans (Deidre Hall) his Queen of the Night. She just received a brain chip from Dr. Wilhelm Rolf (William Utay) to make her more susceptible to Stefano’s “charm.”

The other items on Stefano’s to-do list include having Kate killed for her betrayal, getting rid of Gabi and reuniting the DiMera family. His ultimate goal after all of these items are complete is to take back the DiMera mansion, fortune, power and empire.

In order to get Chad to do his bidding, Stefano had to brainwash him. Otherwise, there is no way Chad would take someone’s life. So far, he has attempted to smother Gabi, but that failed when Rafe Hernandez (Galen Gering) showed up.

Days of Our Lives spoilers reveal Chad has tried multiple times to attack Kate, including with a letter opener. However, he hasn’t been able to take her life yet. In a photo published in the new issue of Soap Opera Digest, it is clear that Chad finally whacks Kate over the head with a blunt object. She is seen crumbling to the ground, eyes rolled in the back of her head and neck bent backward.

However, fans of Kate don’t have to worry. She survives the attack, which only angers Stefano. He ends up being “disappointed” in Chad.

Days Of Our Lives Spoilers: Will And Sonny Renew Their Wedding Vows https://t.co/ZhW5zOLkSC pic.twitter.com/gcu7wyglLP

Days of Our Lives Spoilers: Battling Brainwashing and Brain Chips

So far, Princess Gina is being turned back into Hope Brady (both portrayed by Kristian Alfonso) with surgery. However, they can’t fix “Steve-ano” because he has gone missing. What people don’t realize is that Marlena now has a brain chip as well.

As for Chad’s brainwashing, the young man is trying to fight his father’s demands. At one point, he said to himself, “what am I doing?” Then, his father’s voice came echoing in his head once again. It might take some time, but Chad will eventually fight the brainwashing.

With Kate Mansi returning as Abigail DiMera, we fully expect her to save her husband, just like she did all those years ago when the original Stefano DiMera (formerly the late Joseph Mascolo) brainwashed his son.