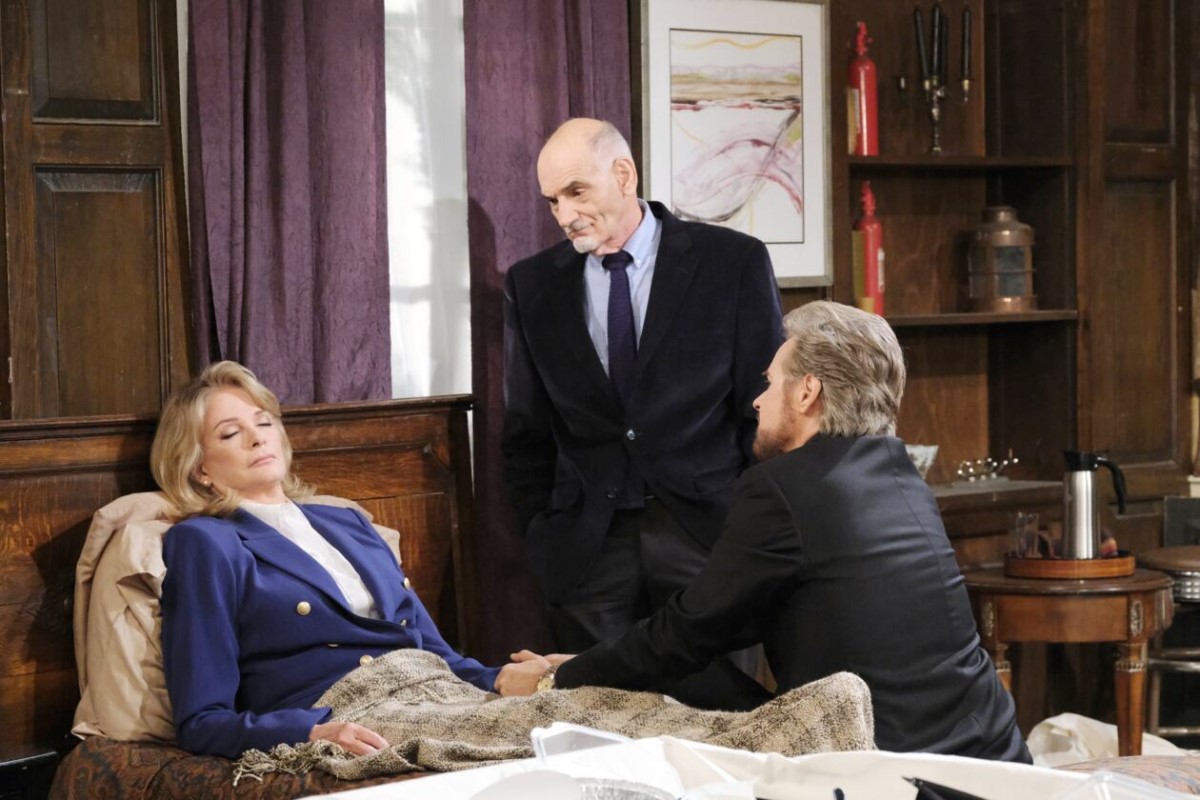 Days of Our Lives spoilers reveal Dr. Wilhelm Rolf (William Utay) completes his procedure to make Dr. Marlena Evans (Deidre Hall) completely devoted to Stefano DiMera (Stephen Nichols). However, the process doesn’t happen instantly. It takes some time for the transformation to complete. Next week, expect Stefano to make progress with “Doc.” Can she be saved before she becomes the Queen of the Night?

Days of Our Lives Spoilers – Transformation Procedure Has Begun

DOOL spoilers reveal Stefano is running out of patience. He has been obsessing over making Marlena his “Queen of the Night” for ages now. Unfortunately, Marlena was unable to escape Stefano and Dr. Rolf on Monday’s episode. She nearly made it out the door, but then Chad DiMera (Billy Flynn) showed up. However, all Marlena had to do was take one look at him and she knew that they had gotten to him as well.

It seems that Marlena will end up going through Dr. Rolf’s transformation procedure and there doesn’t seem to be any possibility of escape.

The whole reason for Marlena going through the transformation procedure is to make her more susceptible to Stefano’s “charm.” It is the exact same thing that happened when Dr. Rolf turned Hope Brady into Princess Gina (both portrayed by Kristian Alfonso).

Days of Our Lives Spoilers – Reconnecting With Dr. Marlena Evans

Days of Our Lives spoilers for the week of March 16 reveal Stefano will make progress trying to reconnect with Marlena. In fact, a photo published in the latest issue of Soap Opera Digest shows Marlena sitting upright in bed. Sitting on the edge of the bed is Stefano, who appears to be talking to her. Marlena doesn’t look frightened or angry. Instead, it seems like her mind might be a “blank slate” and Stefano is probably working to fill her mind to turn her into his love slave.

Days of Our Lives Spoilers: Ciara Overconfident? She Still Could Be Arrested For Execution Busting Scheme #DOOL #Days https://t.co/9pzWRrBT6S

It is suggested that despite warnings from others, John will go on a mission to locate and find his one true love. He nearly died, along with Dr. Kayla Brady (Mary Beth Evans) and Justin Kiriakis (Wally Kurth). Thankfully, Hattie Adams (Deidre Hall) and Roman Brady (Josh Taylor) were able to save them before it was too late.

But John isn’t going to stop and recover. He doesn’t have time if he wants to save Marlena from Stefano. But can he get to her in time or will he arrive too late?