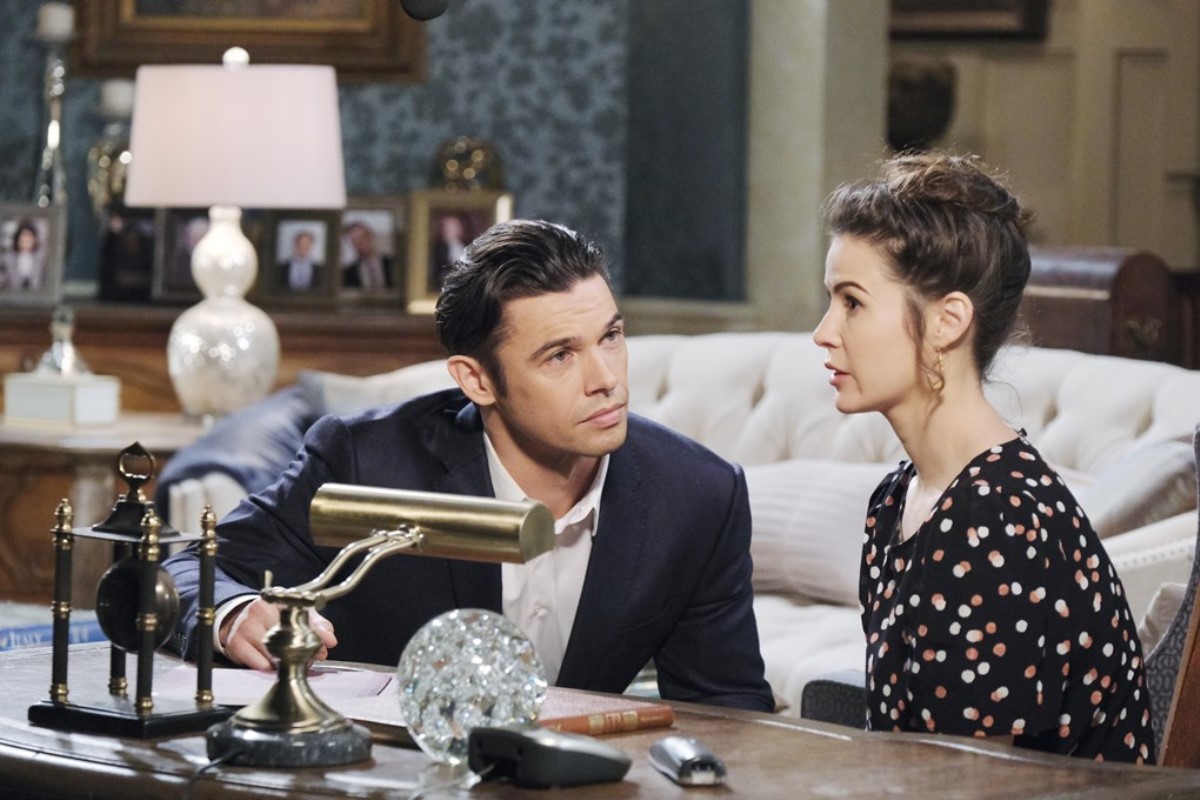 Days of Our Lives spoilers reveal Xander Cook Kiriakis (Paul Telfer) is going to treat Sarah Horton (Linsey Godfrey) to a night of romance. Then, she will be shocked when he proposes marriage to her. Knowing Xander, he will pull out all the stops to make it an unforgettable evening. Meanwhile, John Black (Drake Hogestyn) interrogates Kristen DiMera (Stacy Haiduk) about Stefano DiMera (Stephen Nichols).

DOOL spoilers reveal Xander is ready to take the next step in his relationship with Sarah. He has been in love with her for a long time. However, Sarah refused to admit that she had feelings for him too until much later. Even though Xander would probably still propose, there might be another reason he wants to tie the knot with her so quickly.

Of course, we are talking about Nicole Walker (Arianne Zucker) snooping around and eventually, she will discover the baby swap secret.

Sarah just admitted that she loved Xander not too long ago. The confession came after she nearly became intimate with Eric Brady (Greg Vaughan). She couldn’t go through with the act because of her feelings for Xander. When she finally told Xander that she loved him, it was an anxious moment for her, but a thrilling one for him.

Even though Sarah might accept, the baby swap secret could ruin everything for “Xarah.” Will she find out the truth and then leave him? Or can Xander take desperate measures to make sure Nicole stays quiet?

Days of Our Lives spoilers reveal across Salem, John will be on a mission of his own. It appears that during the week of March 16, he still won’t have “Doc” back. As fans saw during a recent episode, Dr. Wilhelm Rolf (William Utay) did the transformation procedure on Dr. Marlena Evans (Deidre Hall). This means that a brain chip was inserted into her neck, which will make her completely devoted to Stefano.

He will confront Kristen and question her about Stefano, including where the villain could be hiding Marlena.

Kristen most likely knows where her father is hiding, but probably won’t say anything. But that’s not the only secret she’s keeping. It’s teased that she is holding a few things back from Brady Black (Eric Martsolf). Although Kristen is in love with Brady, she also has a fierce loyalty to her family, most of all to Stefano. Will her secrets be found out and if so, can Brady ever forgive her? Remember, John is Brady’s father and he views Marlena as a mother figure. So, this could be unforgivable in his eyes, especially if anything happens to Salem’s favorite psychiatrist.