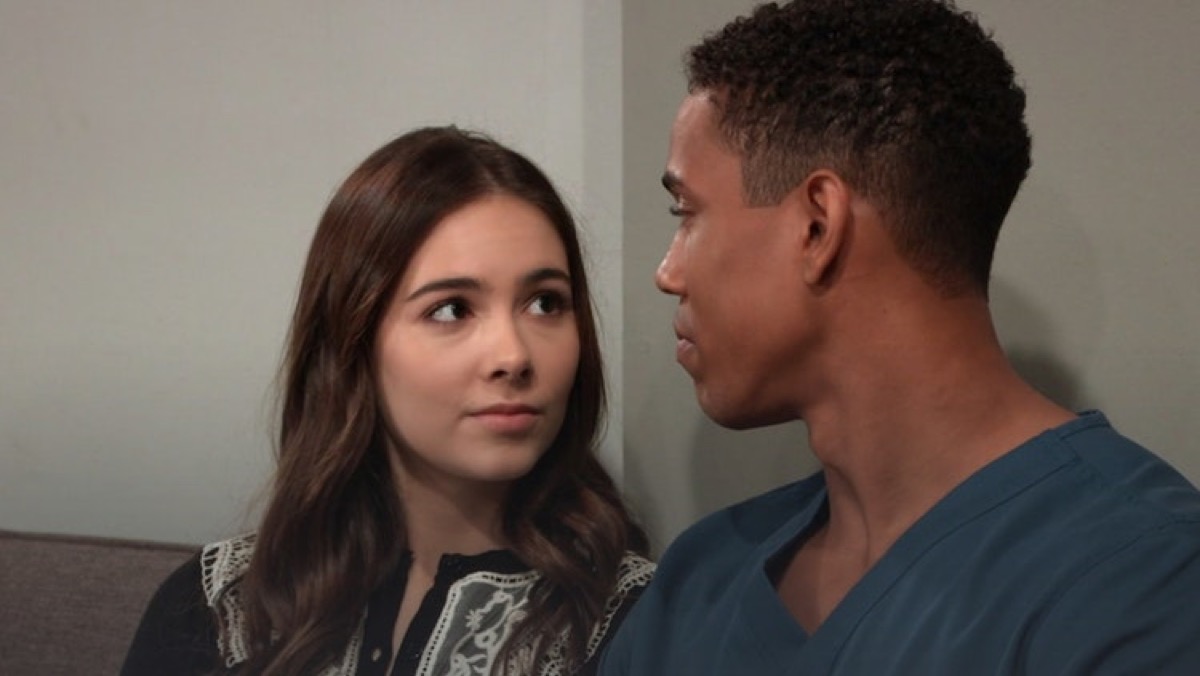 General Hospital (GH) spoilers tease that Molly Lansing (Haley Pullos), usually the most mature of the Davis women, has been acting out a bit lately. When TJ Ashford (Tajh Bellow) proposed marriage after eight years together, instead of playing up her love for TJ, she instead kept arguing about how she will never get married. She hates the institution of marriage and doesn’t want anything about their relationship to change.

But TJ can’t see being with Molly forever without marriage. It does seem strange that they have never discussed after all this time, but TJ was blindsided was by Molly’s rejection and walked away, and hasn’t been seen since. He might be in danger, as Cyrus Renault (Jeff Kober) hadn’t as of yet made any moves against Jordan Ashford (Brianna Nicole Henry), even though she is the last of the four DEA agents that Renault wanted revenge on. The other three are dead, but it’s possible that Renault wants to make Jordan suffer before he kills her.

With TJ missing, it possible that he has met with foul play. If he died with Molly’s rejection being their last interaction, Molly will be beyond heartbroken. Something like this could change Molly’s entire view on life. Hopefully TJ is just blowing off some steam, and they will get a chance to work things out.

Faced with the possibility of losing TJ, Molly could very well realize that marriage to TJ is exactly what she wants. If TJ remains missing for an extended period of time, Molly may reevaluate exactly what is important and what isn’t.

General Hospital Spoilers: Molly Has Seen Alexis In So Many Failed Marriages

As Molly was growing up, she saw her mother Alexis Davis (Nancy Lee Grahn) fail at marriage after marriage. This is probably the main reason that she is so against marriage. But deep down Molly is a romantic, and hopefully she will have the chance to change her mind and say her vows to the man she loves.

Will TJ be found alive and healthy? Or has Cyrus hurt or killed him? Do you think that if TJ is alive, that Molly can be persuaded to marry him? Anything can happen, so stay tuned to General Hospital airing weekdays on ABC. And don’t forget to check back here regularly for all your General Hospital news, information and spoilers!